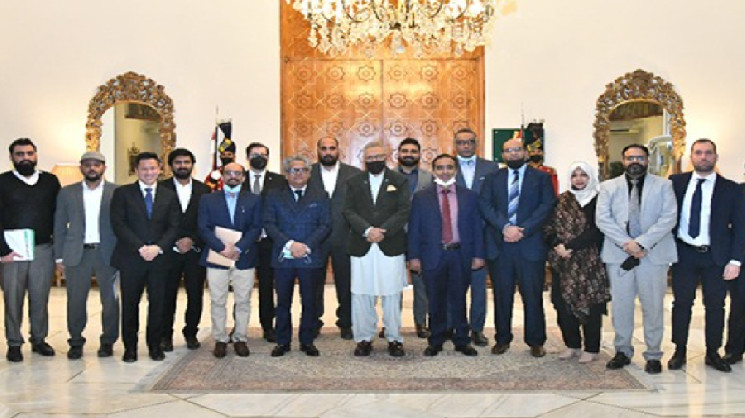 The President of Pakistan met with a delegation of blockchain experts in Ivan-e-Sadr. At the joint meeting, the possibilities of introducing technology into various sectors of the country were considered.

In a joint meeting with a group of experts led by the founder of the BSV Blockchain Association, James Nguyen, Pakistani President Arif Alvi noted that there is a need to raise public awareness about blockchain.

According to him, in order for the country to successfully develop and meet the requirements of the 4th industrial revolution, people must be trained in new technologies. The President said that a comprehensive strategy will be developed to promote blockchain in the country, and the technology itself can become a means of reducing corruption and increasing transparency in both the public and private sectors.

Despite plans to introduce blockchain into the financial structure of Pakistan, the government noted that cryptocurrency assets are illegal in the country. Recall that according to the local publication Samaa.tv, the Central Bank of Pakistan, together with the authorities, are preparing to completely ban the use of cryptocurrencies in the country.