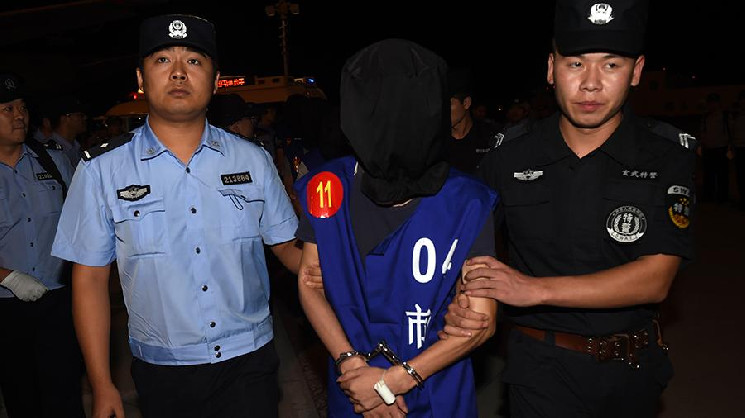 Anhui provincial police confiscated approximately 6 million yuan ($946,000) worth of digital assets from eight detainees. The authorities are going to file charges of embezzling 50 million yuan ($7.9 million) from the suspects.

According to the police, hundreds of investors lost money due to a fraudulent scheme that allowed attackers to transfer liquidity to an “anonymous pool” and launder without the consent of investors:

“Following an analysis by the task force, it was determined that this case was a typical case of illegal acquisition of cryptocurrency using the blockchain.”

The police did not specify what kind of cryptocurrency project they consider a fraudulent scheme. Local blockchain news site Chain Catcher reported that it was about the Gainswap project.

The police investigation was initiated after an investor contacted the Chizhou Public Security Bureau six months ago after losing 590,000 yuan (about $93,000) in cryptocurrencies.

The eight people detained during the investigation from the provinces of Guangdong, Sichuan and Hunan were confiscated, police emphasize, luxury cars and villas worth tens of millions of yuan.

The Chinese authorities are actively fighting cryptocurrency fraud. In November 2021, Chinese law enforcement agencies conducted an operation to detain 31 suspects in the organization of the Filecoin pyramid scheme. In October, Zunyi police detained 130 people who are accused of organizing a money laundering scheme through cryptocurrencies worth over $130 million. In 2019, Chinese law enforcement agencies shared with the public the details of the arrest of 27 organizers of the IAC cryptocurrency pyramid.