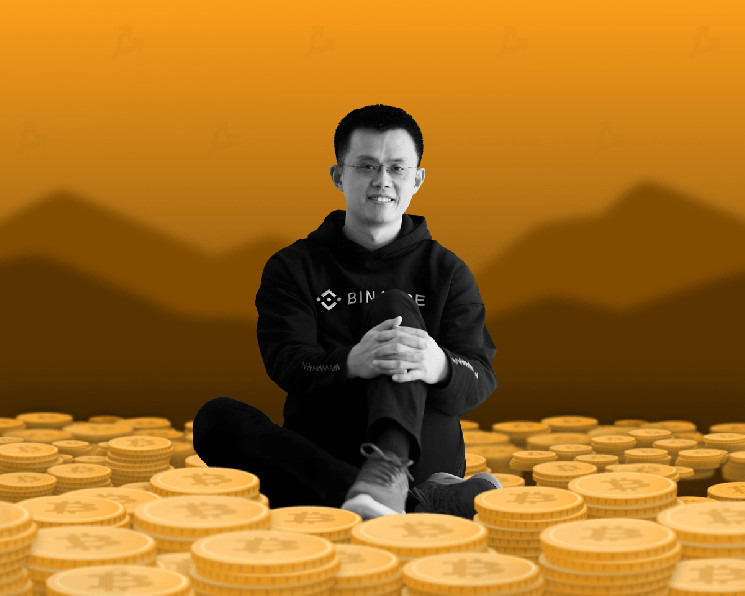 The remote staff of the Binance cryptocurrency exchange has about 4,000 people, but this figure is constantly changing. Changpeng Zhao, CEO of the company, spoke about this in an interview with Foresight.

According to him, new people join the company every day. Most employees prefer fiat wages, but there are those who receive bonuses in Binance Coin (BNB).

“After receiving Binance Coin, they decide whether to sell or not to sell [токены]Zhao added.

According to CoinGecko, BNB was trading around $40 in early January 2021. On May 1, the quotes of the token updated their historical maximum at $645, and on May 3 they exceeded $650.

At the time of writing, Binance Coin is trading near $463.

The publication noted that after the ICO in July 2017, each employee received an additional payment in Binance Coin as an incentive. The amount for Zhao, according to media reports, was 50,000 BNB – over $23 million at the time of writing. The head of the company did not rule out that in the future he would send 99% of his fortune to charity.

Bloomberg previously estimated Zhao’s net worth at $96 billion. The estimate did not take into account the digital assets he owns, but even so, Binance’s CEO turned out to be richer than the Indian tycoon Mukesh Ambani and closer to the co-founders of tech giants, including Mark Zuckerberg, Larry Page and Sergey Brin.

Then the company challenged the accuracy of the agency’s estimates.

In the fall of 2021, journalists from China Caijing estimated Zhao’s fortune at $90 billion, based on the assumption that he owns a 30% stake in Binance.

Recall that in 2021, the financial regulators of several countries, including the UK, the Netherlands, Italy, Poland, Japan, Thailand, Hong Kong, Singapore, South Africa and a number of others, issued warnings to investors regarding the activities of the exchange.

In September, Zhao linked the authorities’ concerns to the company’s business model and announced Binance’s transformation into a licensed enterprise with a centralized business.

In November, Zhao announced plans to open a headquarters in France.

In the same month, it became known that the CEO of Binance became the owner of real estate in Dubai. The media saw this as a signal of the upcoming opening of the head office of the bitcoin exchange.