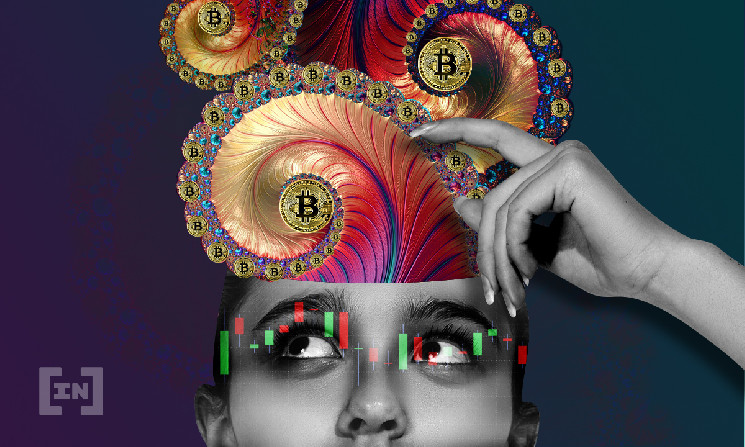 Bitcoin (BTC) is likely to complete the fourth wave. What does it mean?

Bitcoin (BTC) has bounced off minor support and is now consolidating around $42,000, possibly poised to break through a descending resistance line.

Bitcoin made a bullish breakout of the descending resistance line on January 12, and turned it into support two days later (green icon). After a weak bounce, BTC formed a slightly lower low on January 14th.

Then the price bounced again, drawing another long lower wick on the chart. This is often considered a sign of buying pressure.

The nearest resistance is located in the area of ​​$45,850 (Fibo level 0.5 correction and horizontal resistance).

On the 2-hour chart, Bitcoin is giving a number of bullish signals, but not enough to confirm a bullish reversal.

Firstly, the price bounced right around the Fibo 0.618 retracement at $41,538. This is a common level to complete corrections.

Secondly, the MACD indicator is forming successively rising bars of momentum, although the second bar has yet to be closed. Rising momentum bars mean that the short-term MA is accelerating relative to the long-term MA. As a rule, this happens at the beginning of a bullish trend.

In order to confirm a short-term reversal, BTC should make a bullish breakout of the short-term descending resistance line (dotted line). 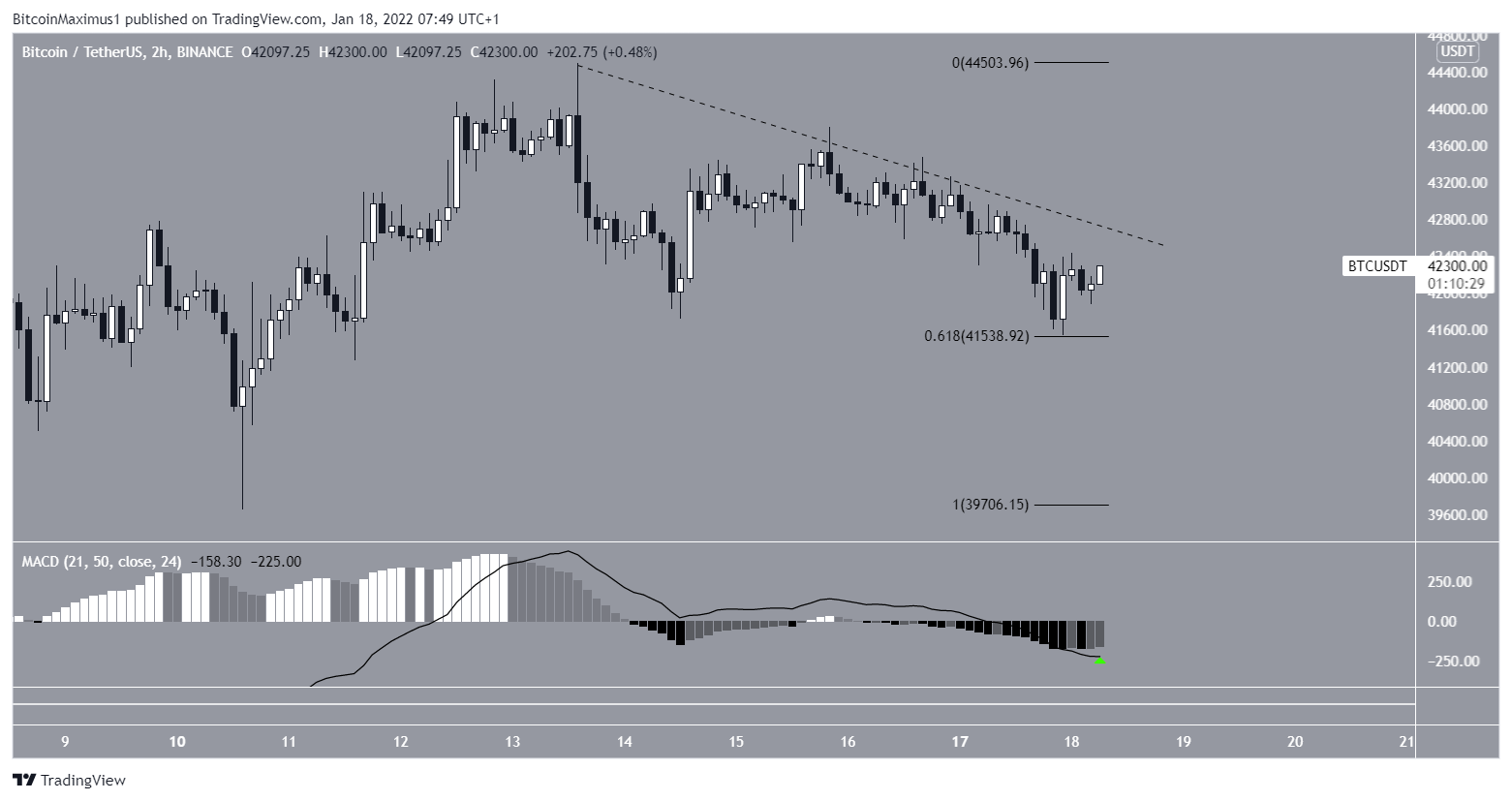 The results of the long-term wave analysis suggest that Bitcoin is now in wave 4 of a five-wave bullish price structure originating from December 2018 levels.

Wave 2 took 259 days to form (highlighted on the chart), while wave 4 took 329 days so far. However, the short-term wave analysis is still unclear. 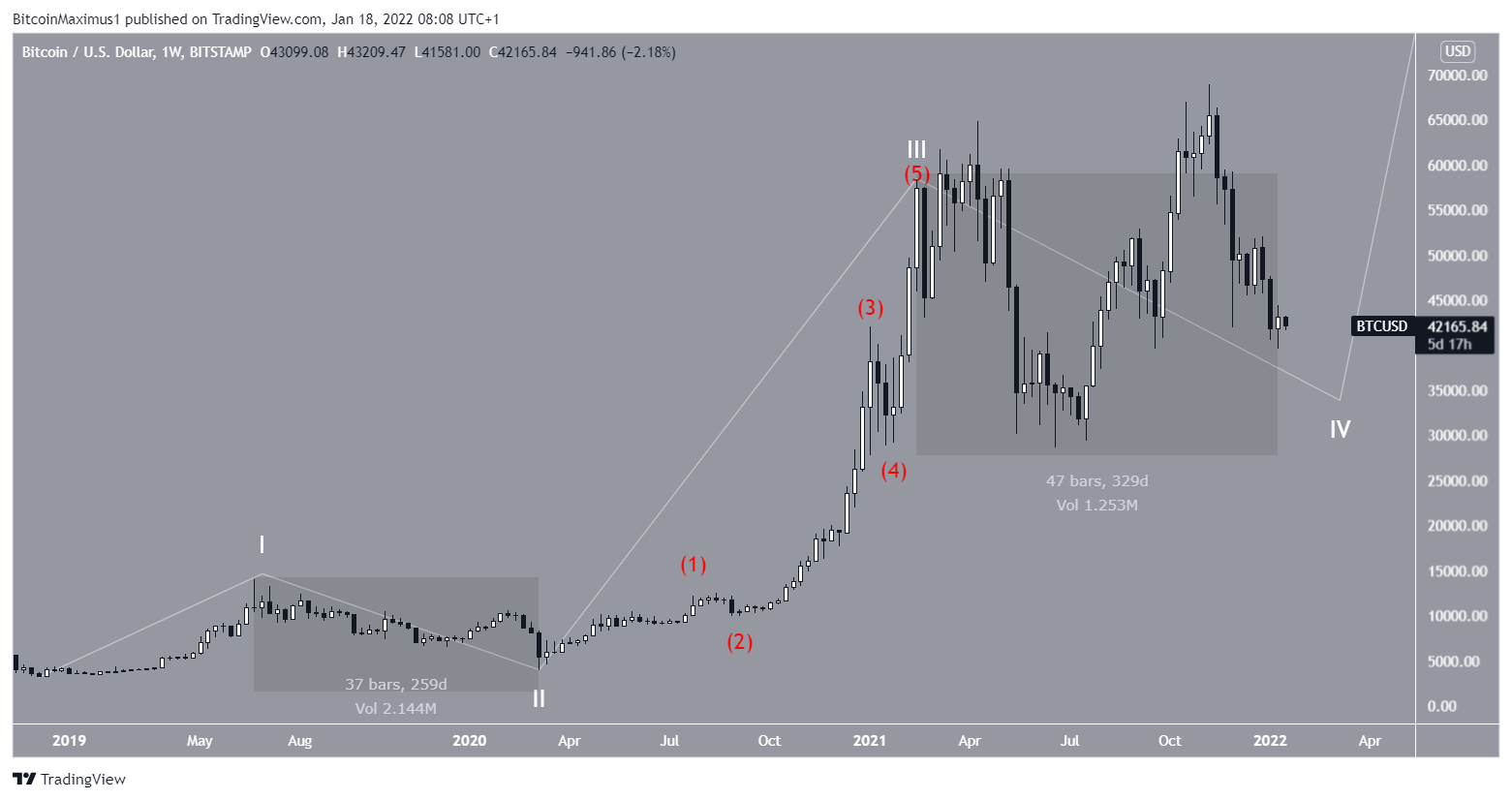 According to the most bearish scenario, BTC is in an Expanded Flat correction. This means that wave C is 1.61 times longer than wave A. If this scenario holds true, it would mean that the correction will continue and BTC could drop to $21,000. 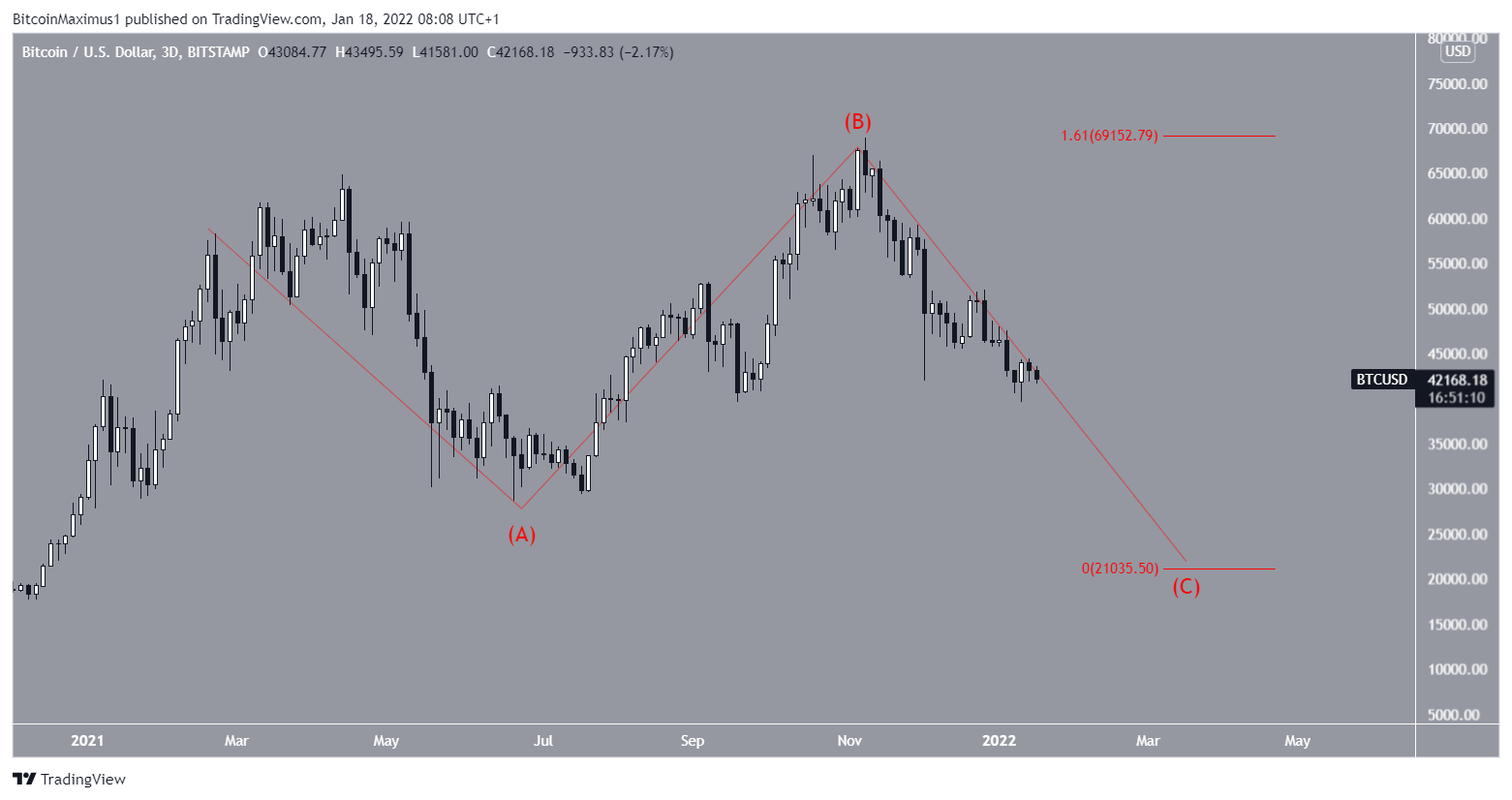 As part of the second scenario, Bitcoin has already completed or is completing a “regular flat” corrective structure. It assumes the ratio of waves A and C as 1:1.

Taking into account that the previously identified long-term wave 4 has already exceeded wave 2 in length, here we can talk about an already completed pattern. 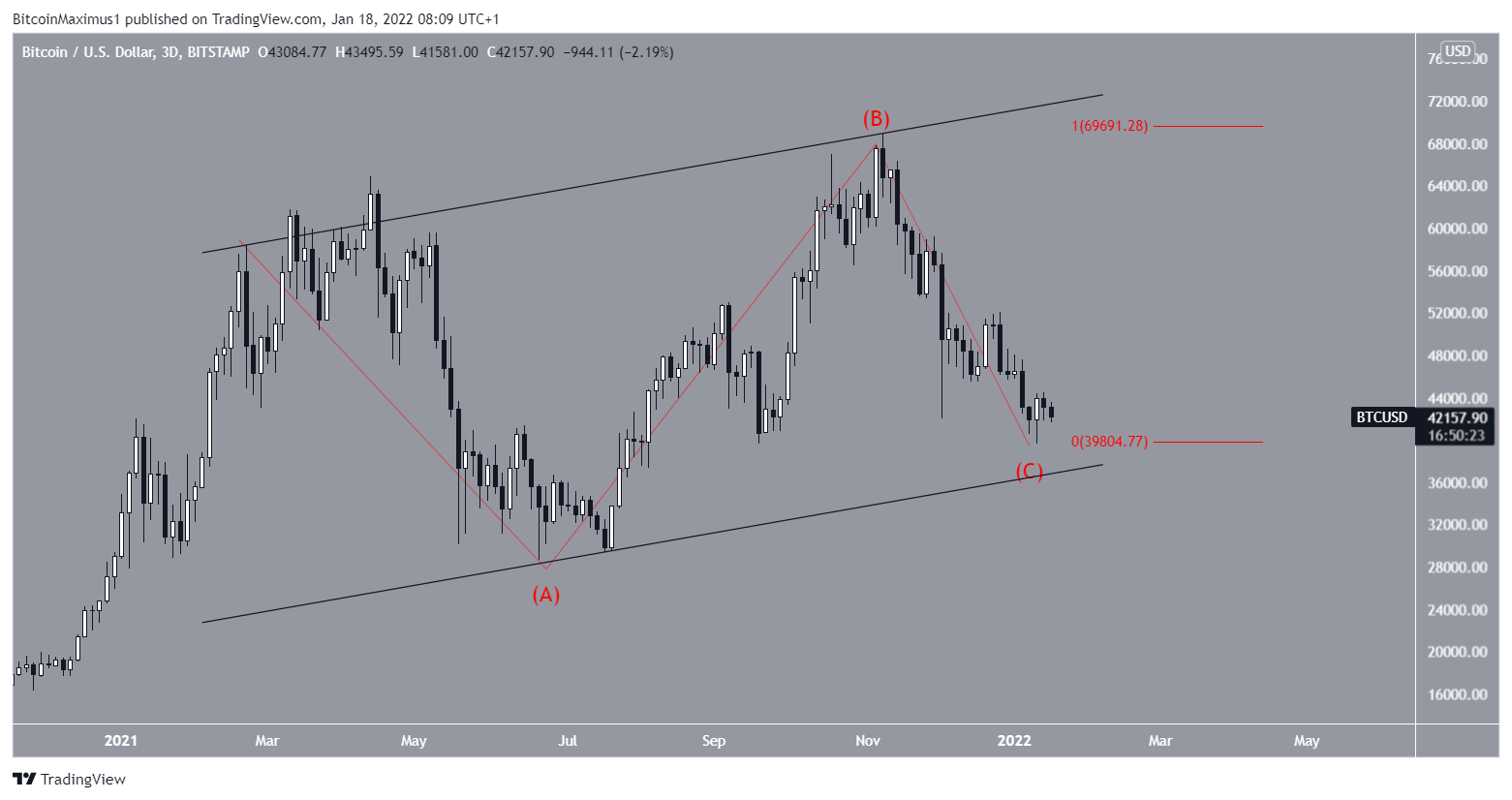 And the least likely scenario is that BTC is trading in a wave 4 triangle. In this case, the pattern will take several more months to bounce off support and resistance levels.

Due to the significant time divergence from wave 2, this option seems very unlikely. 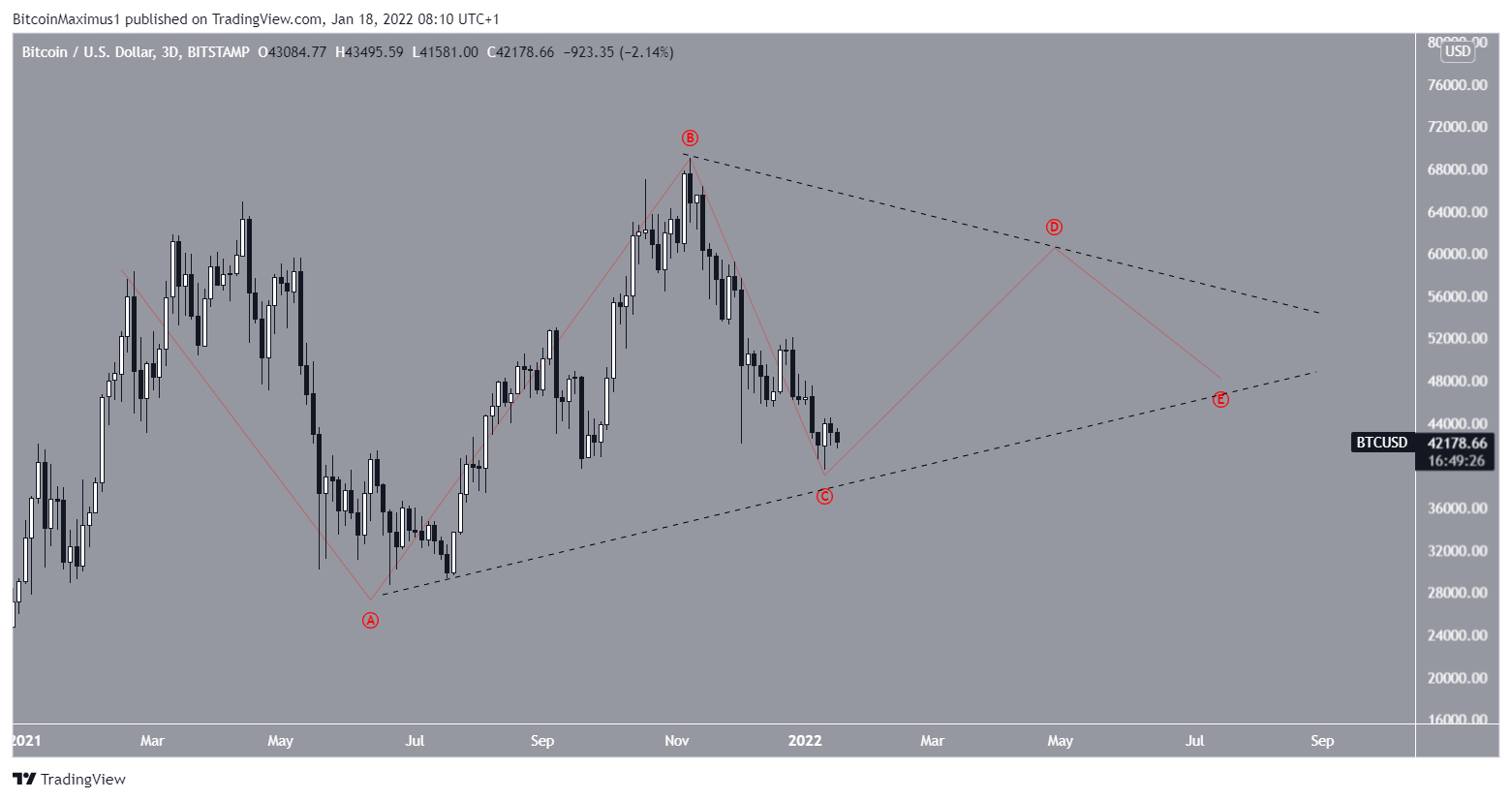