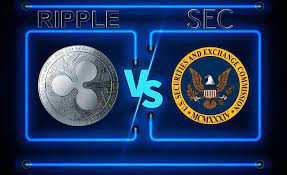 Popular on Twitter, XRP supporter @XRPcryptowolf stated that Ripple Labs and the entire XRP army are “making the SEC the hardest fight of their career,” referring to a recent tweet by US Blockchain Association policy chief Jake Czerwinski.

“Ripple is fighting the SEC harder than Elon Musk”

Nearly 20 hours ago, Chervinsky noted that no matter what the crypto community may think of Ripple as a company and XRP as a cryptocurrency, they can recognize two main things: Ripple is fighting the SEC in court, showing no mercy to the securities regulator. .

Other crypto companies in the past have decided to “give in and settle,” including Tesla CEO Elon Musk, the richest man in the world.

US Blockchain Association Head of Policy Jake Chervinsky said #Ripple and #XRP Army are giving the SEC the hardest fight of their careers https://t.co/UZCNBlLAA1

As mentioned above, back in September 2018, the regulator even filed a lawsuit against Elon Musk for his tweet stating that he “does not rule out a buyback of Tesla shares at a price of $420 a share.” The SEC called the statement “false and misleading.”

Last August, the agency also threatened to sue the US’s largest (and only publicly traded) cryptocurrency exchange, Coinbase, led by CEO Brian Armstrong. Coinbase was about to launch a crypto lending platform that was supposed to use the USDC stablecoin. The SEC threatened the company with legal action, after which Coinbase was forced to postpone its plans to launch the platform.