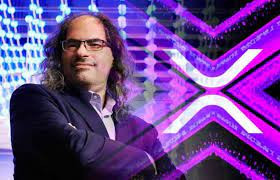 bitcoin ban would be a disaster for ripple

David Schwartz is the CTO of Ripple and one of the creators of the XRP Ledger, perhaps the most influential and respected person in the XRP community. There are still rumors on the net that it is Schwartz who is the mysterious creator of Bitcoin Satoshi Nakamoto, although he constantly denies this.

The attention to his tweets is comparable to the attention to Elon Musk’s tweets in the cryptosphere as a whole. XRP fans look for the hidden subtext in every word in the hope of deciphering the hidden messages. This is probably why Schwartz is usually not verbose.

In his latest tweet, he called comically absurd the accusation of Bitcoin maximalist Nick Carter, who wrote on his page that Ripple wants to “ban Bitcoin / PoW” and “turn Ethereum into a security”. Schwartz himself described this development as a disaster:

This is comically absurd. Either of those two things would be disastrous for @Ripple. https://t.co/7iebCt66Hl

Ripple executives have indeed repeatedly criticized Bitcoin for its high power consumption. At the same time, Brad Garlighouse clarified that he does not oppose bitcoin.

Schwartz has been critical of the Proof-of-work algorithm, calling it a “technological dead end”. He also argued that Bitcoin is not decentralized enough, making it vulnerable to a 51% attack.

Chris Larsen, former Ripple chief and chief executive, is taking a more radical approach. He recently urged Bitcoin miners to follow the example of Ethereum by switching to Proof-of-Stake.