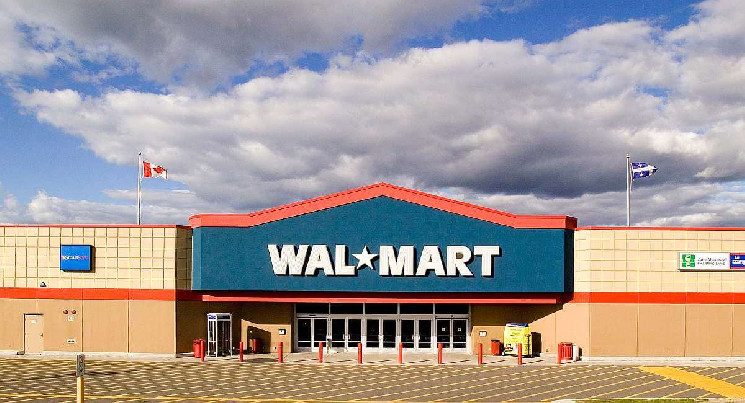 Walmart is preparing to create a metaverse, cryptocurrency and NFT


It seems that the world’s largest wholesale and retail company Walmart has decided to create a metaverse, its own cryptocurrency and a collection of non-fungible tokens (NFTs).

Late last month, a major retailer filed for new trademarks that indicate a desire to produce and sell virtual goods, including electronics, home decorations, toys, sporting goods and personal care products. In a separate filing, the company indicated that it would offer virtual currency and NFTs to users.

Walmart filed seven separate applications on Dec. 30, according to the US Patent and Trademark Office. 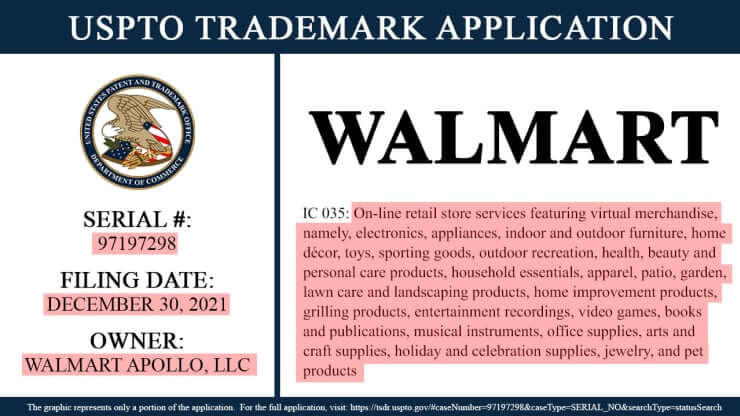 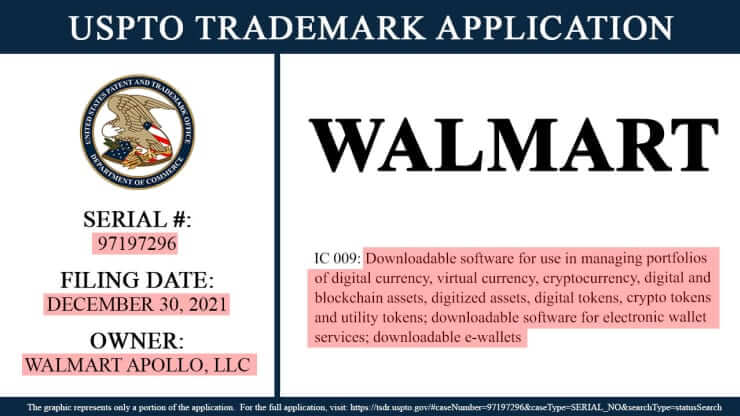 Trademark attorney Josh Gerben said that ever since Facebook announced it was changing its company name to Meta, signaling ambitions beyond social media, companies have been rushing to figure out how they will fit into the virtual world.

Gap has also started selling NFTs of their iconic hoodies, priced between $8.30 and $415. The virtual items are bundled with the real hoodie.

Under Armor and Adidas’ debut NFTs sold out last month.