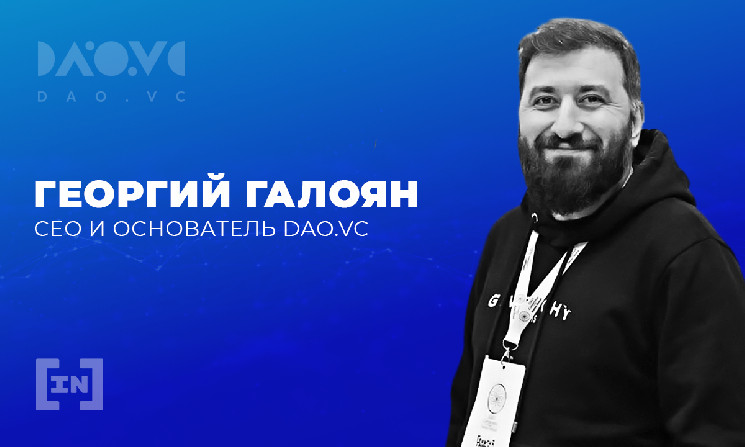 “Fan tokens will become the main trend of the year,” Galoyan, DAO.vc

The wave of hype for fan tokens is gaining momentum. About their popularity in Russia and prospects in the CIS market BeInCrypto spoke with the founder and CEO of the decentralized autonomous venture ecosystem DAO.vc Georgy Galoyan

Fan tokens as a new trend

Fan Tokens are the tokens of sports and media organizations that issue their own cryptocurrency to interact with fans and fans.

“Today, many major sports organizations issued their fan tokens. Among them, for example, football clubs Lazio, Real Madrid, FC Barcelona, ​​Manchester and others, as well as the national basketball association NBA and MMA. This trend is just beginning, and soon every major media organization will have their own fan tokens. In addition, Russian sports organizations have also begun issuing their own fan tokens to become even closer to their fans,” says Georgy Galoyan.

In 2022, the popularity of such tokens will only increase, and more sports and media organizations will start issuing their own tokens for fans.

About privileges for token holders

As Georgy Galoyan explains, the owners of fan tokens become part of a kind of closed club, within which they can interact directly with the organization: from access to events, to the formation of a budget for buying new stars for a team, or organizing events related to a team or league.

“In fact, token holders do not become third-party observers, which they used to be, but full-fledged participants in the activities of their favorite team,” he emphasizes. About the popularity of fan tokens in Russia

Russian sports organizations also follow trends in the crypto market and create their own fan tokens. One of the most popular can be the HARDcoin token from Hardcore Media, which is being developed by the DAO.vc team.

“Hardcoin is not only a token, but also a marketplace for interacting with the league. Platform users will be able to purchase previously inaccessible activities, such as training with fighters, autographs, merchandise, various collectible NFTs, access to tournaments and conferences, or even the ability to organize fights (matchmaking) and participate in the fight themselves. There are many options, and they are limited only by the imagination of the team. I am confident that the HARDcoin token will become one of the most popular fan tokens in the CIS, as the audience of Hardcore Media exceeds 2.5 million fans,” comments Galoyan.

About the future of fan tokens in the world

The industry of fan tokens in the world will continue to develop, Georgy Galoyan assures. The market will develop in two directions: sports and media organizations will massively issue fan tokens, and cryptocurrency exchanges will support the trend by creating platforms for buying and selling such tokens.

“Even Binance has released its platform with fan tokens, which indicates the popularity of the trend. Now in the world, besides us, DAO.vc, there are 2-3 more platforms that are issuing such tokens. I am sure that in 2022 new platforms with support for fan tokens will appear,” says Georgy Galoyan.

See also: What can cryptocurrencies give to sports fans?