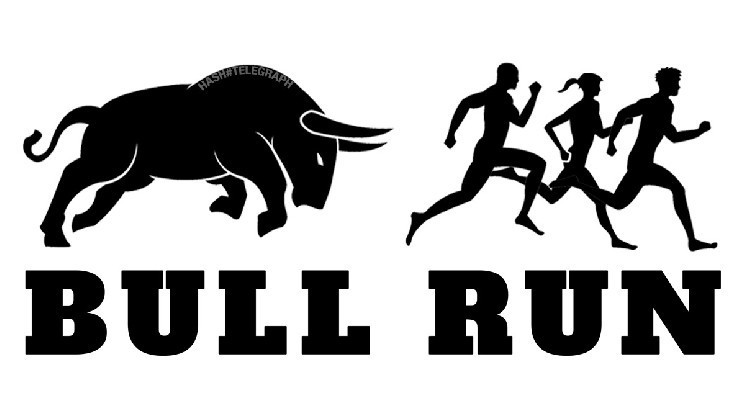 “Are you ready for a massive Bitcoin rally?” — a well-known trader studied on-chain analysis data

Amsterdam Stock Exchange trader Michael van de Poppe, who has over half a million followers on Twitter, has released yet another video review.

“Bitcoin is ready for a massive bull run”

With these words, Van de Poppe began his video. He recalled the significant growth of the market last year, the emergence of new cryptocurrency platforms, the development of DeFi and NFT. From his point of view, the exponential phase of this growth is yet to come. He compared the current period of the market cycle to the rise of the dot-com bubble in 1997-1998, when adoption and capitalization skyrocketed. However, the exponential phase did not come until a few years later.

The most important fundamental factors that will ensure the continuation of the bullish cycle are the increase in inflation and the flow of institutional money into cryptocurrency.

Next, Van de Poppe turned to the current data of network (on-chain) analysis.

Entity-Adjusted Dormancy Flow is a metric that measures the extent to which coins are involved in transactions. It is calculated by dividing the market price by the average annual value of coins that are not moving (“idle”).

A characteristic feature of this indicator is that it unmistakably indicates the moments of the bottoming of bitcoin (marked with a green ‘buy’ inscription on the chart). At the moment, the dynamics of inactivity has again decreased to a level that can be considered as a buy signal.

Puell Multiplier (Puell Multiple) allows you to evaluate the activity of miners. It is calculated by dividing the daily supply of bitcoin by the annual moving average of the supply. In particular, this indicator accurately indicated the beginning of the bull market in 2020 and the bottoming of bitcoin in the summer of 2021.

At the moment, the Puell multiplier shows that Bitcoin is in the middle of a bull cycle and has not yet reached its peak.

The MVRV (Market Value to Realized Value) ratio or the underlying asset value multiplier is calculated by dividing the market value of bitcoin by its realized value. This indicator is used as an indicator that allows you to determine the moment when the peak demand peaks. It is believed that this peak is indicated by a multiplier value above 4, while a value less than 1 is considered as a buy signal.

Bitcoin MVRV data suggests that there has not yet been a rush demand during this Bitcoin market cycle, and the low current value indicates the closeness of the bottom.

The number of bitcoins in the hands of long-term holders

The volume of bitcoins owned by long-term holders (Total Supply Held by Long-Term Holders) shows accumulation, which can be considered as a buy signal. It will only make sense to reduce bitcoin positions when long-term holders start selling, as happened in the first half of 2021.

The number of bitcoins in the hands of long-term holders. Source: glassnode

Thus, Van de Poppe believes that at the moment it is necessary to open long positions, and not go short. He is convinced that we need to prepare for a massive bullish rally in bitcoin.