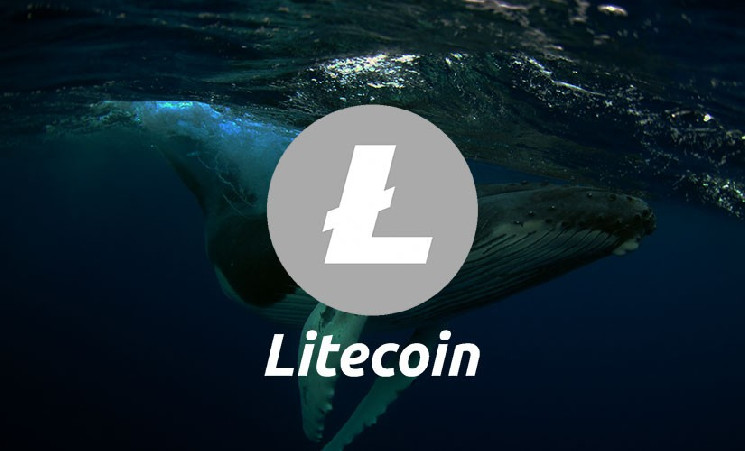 Data from the analytical company Santiment shows that cryptocurrency whales from the end of 2021 to mid-January 2022 were actively accumulating Litecoin (LTC). According to the researchers, in aggregate, large holders (holders from 10,000 to 1 million coins) increased their holdings by 5%.

The accumulation of LTC took place over 15 weeks, the longest period since 2017. Whales began to buy altcoin during the decline in its value to 0.003 to Bitcoin (BTC), which was a historical low for litecoin. Large investors believed in the potential of the coin, so they decided to replenish their stocks, taking advantage of the period of low prices.

Litecoin is often used as a testnet for bitcoin. In 2021, LTC was often used in Segregated Witness (an implemented protocol update designed to solve the problem of the plasticity of Bitcoin blockchain transactions). SegWit separates the digital signature, which is 65% of the space in payments, to increase block size limits.

Litecoin supporters predict its value will increase after the launch of the MimbleWimble decentralized protocol, which has been under development since 2019. Recently, Litecoin Foundation Creative Director Robbie Coleman stated that a final code review is underway to provide additional privacy for LTC.

In addition, the US National Banks Association has launched a cryptocurrency custody service for investment managers that includes Litecoin.