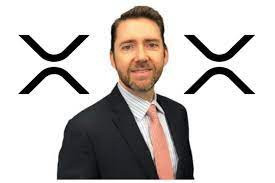 Lawyer Jeremy Hogan added that the parties could agree on a shorter time limit, and the judge would agree. “But do you think the SEC will agree to shorter terms? And I think not!”

The expert opinion on the SEC lawsuit against Ripple has been extended for another month. In connection with this change,lawyer Jeremy Hogan, summed up and concluded that the trial of the case is likely to end in August-September 2022.

LITIGATION AGAINST XRP COULD END IN JANUARY 2022

Throughout the SEC lawsuit against Ripple, Mr. Hogan was asked multiple times when the lawsuit would end. The concern about the time frame is understandable given that XRP holders are risking their hard-earned cash.

In his first prediction, the lawsuit will end around now: “I don’t think the case will be heard under summary judgment until early 2022 – maybe January,” Hogan said in June 2021.

Later that year, he updated his predictions amid two extensions to the actual reopening — one requested by the SEC alone and the other filed in a joint petition.

So far, Jeremy Hogan has defended the idea that April could determine the outcome of the lawsuit and release XRP holders from their frozen assets on trading platforms in the US.

However, Judge Sarah Netburn granted a new joint motion to extend the expert opinion by a month due to the rapid spread of the COVID-19 variant, Omicron and other personal circumstances.

Since Ripple agreed to the extension, there was zero chance that the judge would reject the motion. The expert discovery is now scheduled to be completed on February 28, 2022.

Given the delayed opening and the five-month briefing schedule, “we’re at the end of July before the judge even gets the case to decide,” he explained.

“The decision will take some time and that puts us in August, September 2022.”

Hogan added that the parties could agree on a shorter time limit, and the judge would agree. “But do you think the SEC will agree to shorter terms? And I think not!

In conclusion, and assuming there are no future and unexpected delays, the new prediction is that the SEC’s lawsuit against Ripple will not be taken to court until at least August 2022 and more likely September of this year.

A settlement is still possible, namely if the SEC feels threatened by Ripple’s findings and arguments over the next few months.

While it would be natural for Ripple to want a settlement in order to return to orderly business, chief executive Brad Garlinghouse said he wants to see things through to the very end.