Bitcoin? But different. What do additional letters mean in the name of tokens

wBTC, BETH, BTCB, mSOL and other tickers that resemble the names of popular cryptocurrencies, but differ by one character. We explain what it is, how it works and why it can be very useful 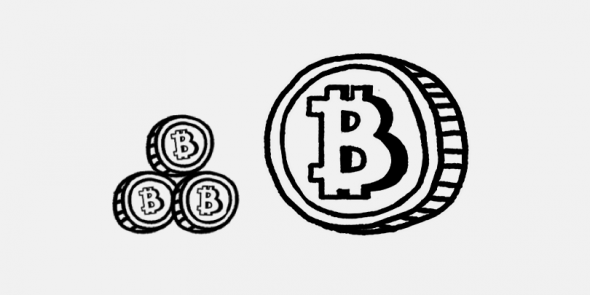 Along with the development of various blockchain ecosystems, a large number of new tickers have appeared, collected from the names of classic crypto assets and additional letters in front or behind the ticker. In addition to the fact that additional letters usually mean that the token belongs to some other blockchain, new assets often also have their own features and functionality. In this article, we will consider the most popular tickers and the features of interaction with them.

Beacon ETH is a token on the Binance Smart Chain that users receive at a 1:1 ratio when ETH 2.0 staking is enabled on the Binance exchange. When BETH is in the user’s wallet, the exchange accrues staking rewards up to 20% per annum. As with many similar staking mechanisms, the APR will decrease as the number of coins staked increases until it reaches 5%.

There is a liquid BETH/ETH pair on the exchange itself, which has its own dynamic rate with a tendency that BETH costs almost the same or 5-10% cheaper than ETH. By the time the ETH 2.0 network is launched, users will be able to exchange their BETH back to ETH at a 1:1 ratio. Thus, by buying BETH now, users can get a better ETH price.

Beacon ETH is cheaper than ETH itself due to the fact that it involves certain risks associated with the conversion process, being a kind of contract for a future transaction and also being dependent on the security of the Binance intermediate network. Negative news and delays in the launch of the ETH 2.0 network may cause the price of BETH to fall relative to ETH, the same is true in the opposite direction – with the growth of confidence in a successful and soon conversion, the value of BETH will tend to fully comply with ETH.

Users receive staking rewards regardless of how they earn BETH, whether it be through buying a token or enabling staking for ETH. The BETH token can be withdrawn from the Binance exchange to trade on other exchanges or provide liquidity on DeFi platforms, in which case the staking rewards on Binance will no longer accrue.

WETH or Wrapped Ether is an ERC20 ETH token. Initially, the ETH asset does not support the most popular ERC20 format today, therefore it cannot participate in smart contracts and ecosystems of its own blockchain. The need to convert between ETH and WETH creates some confusion and a certain barrier to the use of smart contracts on the Ethereum network, and also costs money that will have to be spent on commissions. The developers themselves pointed out this fact, emphasizing their intention to get rid of the need for conversion as much as possible and switch to a single standard in the future.

WBTC stands for Wrapped Bitcoin and is, accordingly, an ERC20 token pegged to the price of Bitcoin. How popular this technical solution is can be judged by the market capitalization of the token, which at the time of this writing is in the top twenty places of the largest digital assets. By turning their bitcoins into WBTC, users get the opportunity to interact with the ecosystems of the Ethereum network. WBTC can also be obtained without converting your BTC, but simply by purchasing a token on one of the centralized exchanges or swaps.

BTCB, soETH and others

The main advantage of using such tokens is low fees and the ability to participate in the vast DeFi ecosystems of other networks while maintaining a link to the price of the desired initial asset. However, owning price equivalent tokens carries a number of significant disadvantages. Users will not be able to pay with Solana or Binance network bitcoins for purchases in an online store that accepts only native bitcoins. Also, the security of such “bitcoins” depends on the security of the network in which they are located, and is lower than the security of the Bitcoin network itself, which has the longest history of stable operation and the highest hashrate.

Liquid staking tokens represent a separate category. Without the use of additional solutions, by staking SOL coins, users lose the ability to use their coins to provide liquidity. The Marinade technology and its mSOL token is a so-called liquid staking solution. This means that users can continue to use their funds to issue loans and provide liquidity even after coins have been staked.

The price of mSOL gradually increases relative to the price of SOL, which is achieved through the addition of staking rewards. Thus, using mSOL, users also benefit from the automatic capitalization of staking profits.

There are several downsides to using Marinade technology. The number of pools available for providing liquidity for mSOL is currently several times less than for SOL itself. Reward payments in pools paired with mSOL are made in the Marinade token (ticker MNDE), the price dynamics of which so far leaves much to be desired – trading at $1.4-1.2 in the fall of 2021, the price of the token has only fallen since then and as of 15 January is $0.22.

The assets considered in this material and other tokens with similar functionality represent the natural development of blockchain ecosystems and their mutual integrations. The considered solutions can allow users to use their capital more efficiently, receiving additional profit. However, you should not immediately transfer all your native coins and tokens to the network with the lowest commissions and the most favorable terms for providing loans and liquidity, keeping in mind the important rule of diversifying not only the assets of the portfolio, but also the networks in which they are located.

The presence of many tokens representing the same asset and having almost the same price also opens up the possibility for users to profit from participating in liquidity pools without fear of price fluctuations and impermanent losses (impermanent loss).