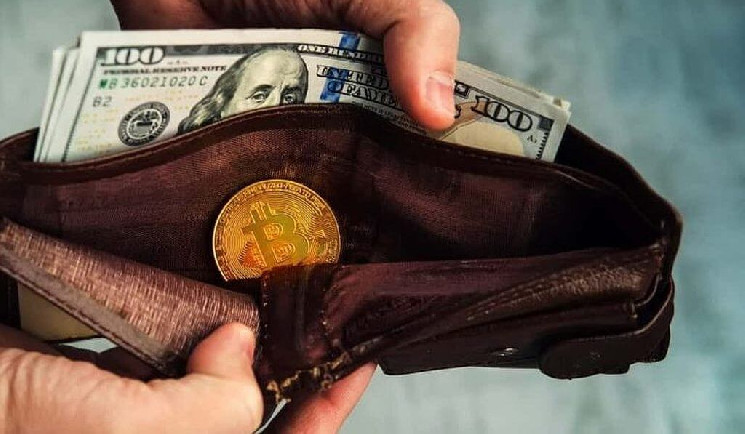 
A new study has found that the majority of cryptocurrency holders would rather be paid in digital currencies as the sector becomes more integrated into the financial system.

A report from payment platform Paysafe titled “Inside the Crypto Community: Paving the Way for Mainstream Adoption” states that about 55% of holders would like to be paid in digital assets. According to these respondents, paying salaries in cryptocurrency provides an opportunity for smart investment, and also increases financial flexibility.

The study was conducted in October 2021 with 2015 people living in the UK or the US. During this period, Bitcoin rushed to its all-time high of almost $68,000.

60% of US cryptocurrency holders said they would rather be paid in crypto, while in the UK the figure was 49%. 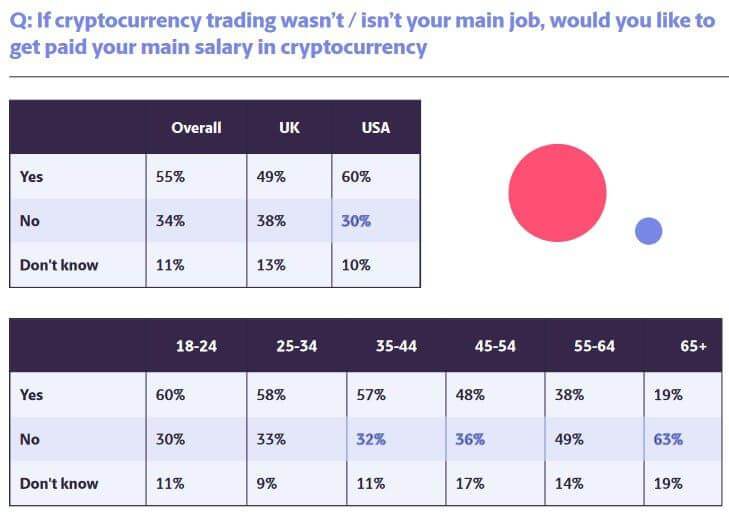 Against the background of the fact that the capitalization of the cryptocurrency sector is growing, and some assets are diverting attention from bitcoin to themselves, the report showed that the level of diversification among holders is growing. At least 36% of UK holders surveyed own more than one asset, compared to 31% in the US.

The Paysafe team has also explored the motivations for trading and owning various cryptocurrencies. A significant proportion of 25% of respondents bet on the sector as the future of money. Interestingly, on average, 21% of holders are guided by the pleasure of owning and trading various assets.

In addition, the report showed that the digital currency sector has turned into a source of income. On average, 12% of respondents stated that trading cryptocurrencies is their main source of income.

The study also asked participants about what they see as barriers to mainstream adoption. A significant number of respondents (66%) cited security and trust issues. At the same time, 65% pointed to the hassle of withdrawing cryptocurrency and called for expanding retail opportunities.

The researchers also confirmed the fact that the interest in digital currency was driven by new product lines such as DeFi and the concept of the metaverse.

Interest in defi and the metaverse has now reached a whole new level, and at the same time, the attitude towards cryptocurrencies is becoming more and more positive.

However, it is clear that many people are still in dire need of increasing the practical use cases for cryptocurrencies in the real world, said Chirag Patel, CEO of Digital Wallets at Paysafe.

Volatility has also become a factor in some people avoiding asset purchases as worries about falling prices persist. In 2022, volatility increased and most assets were sold off.

The market lost about $230 billion in the first week of 2022. Mega-cap cryptocurrencies such as Bitcoin and Ethereum saw the largest capital outflows.