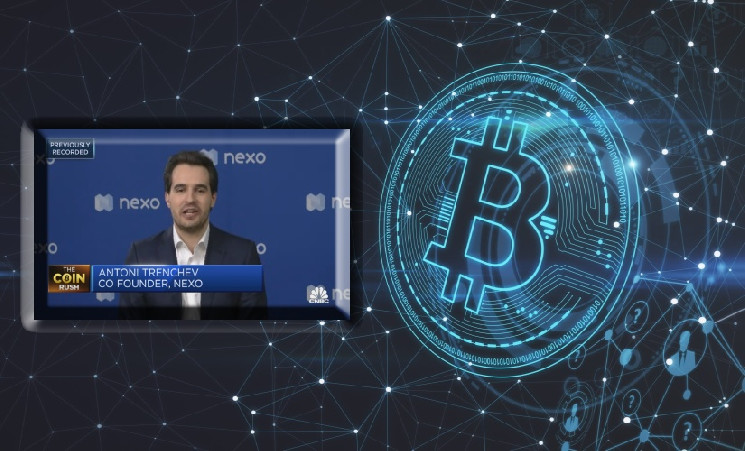 The head of Nexo predicted the rise in the cost of Bitcoin to $100,000

The co-founder of the Nexo (NEXO) project, Anthony Trenchev, shared his expectations from the cryptocurrency market for 2022. He noted that he predicts the rise in the value of Bitcoin (BTC) to $100,000 in the next 12 months. The expert has no doubt that his prediction will come true in the shortest possible time.

The businessman noted that despite the market correction, the positions of the first cryptocurrency look very strong. Now the cryptocurrency industry has undergone significant changes, which is why there is no need to talk about a global drop in the value of assets. In his opinion, the BTC rate can really grow by 120-130% from today’s figures. At the same time, Trenchev said that a stormy surge in the market could happen not by the end of the year, but in the coming months.

The head of Nexo said that he has no doubts that this level will be reached, either by June or December 2022. He stressed that in general it is not of fundamental importance. The main thing is that this mark will be conquered. The expert emphasized that he does not think that the plans of the Federal Reserve to tighten monetary policy could be a bad indicator for the value of Bitcoin, Trenchev said that the cryptocurrency industry will develop as a technology, regardless of the increase in interest rates.

The entrepreneur noted that as soon as the S&P 500 index and credit markets pass the stage of correction by 20% or 30%, the situation will stabilize and this will allow the rules to be relaxed. He said he saw no global sense in constantly raising interest rates.

Earlier edition of Crypto.ru informedthat the head of the Swiss bank SEBA Guido said that the price of Bitcoin (BTC) could rise to $75,000 in 2022. He attributes his forecast to the fact that institutional investors have begun to show great interest in this asset class.