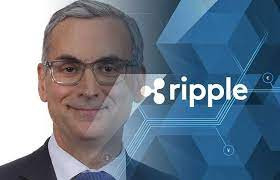 
In a recent Twitter thread, Ripple General Counsel Stuart Alderoti accused the US Securities and Exchange Commission of dragging out the lawsuit.

He urged the regulator to deal with the case “as quickly as possible.”

Because after all, that’s why the SEC plays the delay card and uses it to their advantage. So much for “justice delayed is justice denied.” How about publicly committing to moving the Ripple case as “swiftly” as possible with no more delays? 4/4

SEC Chairman Gary Gensler recently used the soccer metaphor to emphasize adherence to the rules. He tweeted that teams will start breaking the rules without fear of penalties, which will make the game unfair.

Enforcement is one of the fundamental pillars in achieving the @SECgov’s mission.

One pillar is the policy framework — the laws set by Congress, & the rules enacted by the Commission.

But you’ve also got to examine against those laws & rules, & enforce those rules.

Alderoti, criticized the SEC for using “coercive regulation” under the guise of philanthropy, saying it creates an unequal playing field that creates winners and losers.

Ripple CEO Brad Garlinghouse recently criticized former SEC chairman Jay Clayton for leaving to work for a cryptocurrency company after trying to strangle the industry with a lawsuit against Ripple.

Currently, the examination of the case by experts should end on January 19, but it is expected that this deadline can be postponed, presumably, until February 28. Eight expert witnesses have not yet been questioned due to travel difficulties and “unforeseen personal circumstances”. The delay is not expected to affect any other time frame in the case.

According to Fox Business reporter Charles Gasparino, Ripple’s legal team sees a positive side to the delay as witnesses will take longer to testify.

Ripple also expects to receive a court ruling on its petition to obtain internal SEC filings, which could possibly explain why Ethereum, rather than XRP, received a hiatus from the SEC.

SEC abandons intention to recognize XRP as a security