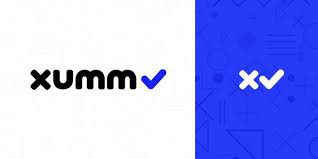 
The XUMM wallet development team has announced that they will not be supporting the XLS20d, which is running on the testnet. This will become available in the upcoming release of XUMM 2.2.6, which will implement the XLS20d transaction signature feature.

As a reminder, the XLS-20 proposal will enable the creation of non-fungible tokens (NFT) in the XRP Ledger.

A small number of developers already had early access to this, but the upcoming 2.2.6 release will make it available to everyone. NFT in XUMM will work through webapps / xApps.

Viewing and interacting with NFT users will be provided through xApps. As noted by the developers, they will work only with those projects that meet the standards of safety, usability and professionalism. Only then will the projects be included in the XUMM xApp list.

Timeline: XUMM 2.2.6 will be released soon. The release notes will be posted this week, which we always do shortly before submitting an update to Apple and Google for review. When the 2.2.6 update is published, we will also share the QR code for scanning with XUMM, adding support for XLS20d devnet.

“Cardano needs its own standard for a certified crypto wallet”