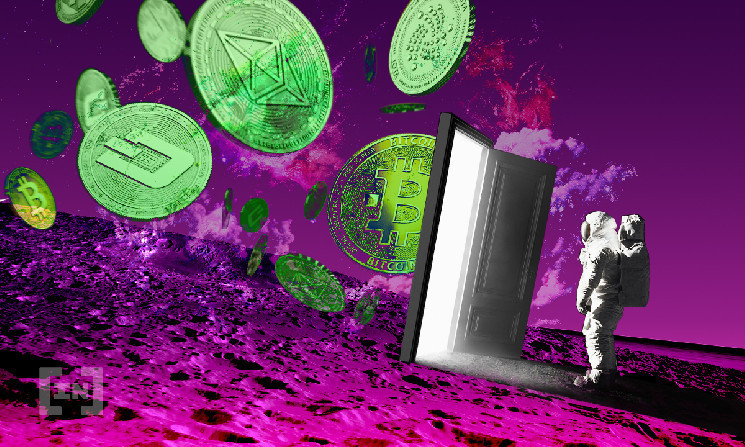 The crypto market is sinking in the red, sales have increased

The crypto market has been sinking into the red for the fifth day in a row amid continued aggressive sales of billions of dollars.

In the first hours of January 7, the total capitalization of the digital asset market continued to decline, losing another 3% as a result of a new wave of sales. Now the entire crypto market is worth just over $ 2 trillion. Its drawdown was about 32% of the all-time high of $ 3 trillion, noted in early November 2020.

As a result of recent sales, another $ 110 billion left the crypto space.In total, since the beginning of this week, the crypto market has lost about 13.5%, having decreased by more than $ 320 billion.

Read also: Crypto market in a state of panic after liquidation of $ 725 million

Popular industry analyst Colin Wu commented on the liquidation of derivatives contracts in recent hours in the market:

“Over the past half hour, the size of contract liquidations reached $ 102 million, of which $ 40 million was in BTC and $ 42 million in ETH.”

The crypto market is under attack

As usual, Bitcoin was the main victim. It has lost 3.2% in the last 24 hours, according to data from CoinGecko. The BTC rate has dropped to $ 40,685, although at the time of writing it is slightly off the lows.

Following the results of the past seven days, the main cryptocurrency of the world has fallen in price by 11.5%, and over the past month has lost 17.5%. Bitcoin is now down 39% from its all-time high formed on November 10. However, a 40% correction is quite common for Bitcoin, so it’s too early to talk about the beginning of a bear market.

Things look even worse for Ethereum. The coin has weakened over the past 24 hours by 6.8% and reached a 3-month low of $ 3,130, from which it has pulled back slightly at the time of writing.

All cryptoassets with high capitalization rates are also in the red zone right now. Solana (SOL) and Terra (LUNA) suffered the heaviest losses. The first coin dropped 6.7% below $ 140, while the second fell 8% to $ 70. Binance Coin (BNB), Polkadot (DOT) and Avalanche (AVAX) were also hit hard, showing a 4-6% drawdown.

Are there any survivors?

However, the cryptocurrency market can also boast of a couple of altcoins, which turned out to be overwhelmed by the massive collapse. Thus, the Safemoon coin staged a 40% rally, which made it the undisputed growth leader among the top 100 cryptocurrencies.

Decentraland project’s MANA coin also demonstrates decent results – it grew by 12.4% and is trading at $ 3.22. Quant (QNT) and Cosmos (ATOM) also added 12% to the cost.