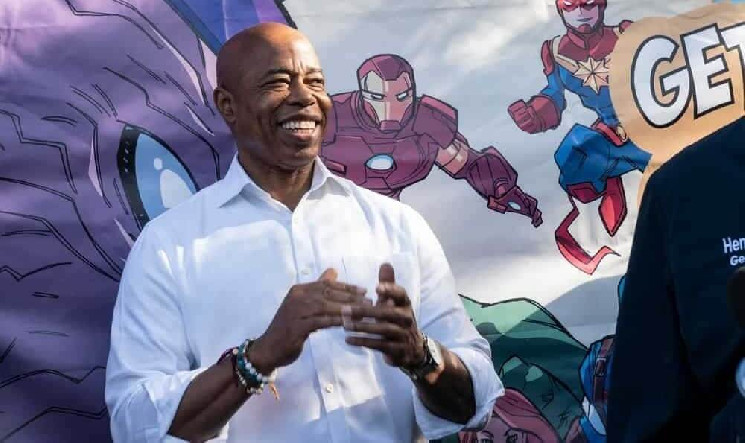 In the Squawk Box on CNBC, New York Mayor Eric Adams described the price action of bitcoin and the recent fall in the price of the flagship digital asset and the entire crypto market.

Before Adams took over as mayor, he announced that his first three salaries would be paid in bitcoins. At the moment, he has not revised his decision in any way:

Sometimes the best time to buy is when the move is down, but when the up move resumes, you will make a good profit.

“Sometimes the best time to buy is when things go down,” says @NYCMayor on #bitcoin. “I’m going to take my first three paychecks in #bitcoin. I haven’t received my first check yet.” pic.twitter.com/dqGkVYxOKg

Yes, I’m going to get my first three bitcoin salaries. I haven’t received the first payment yet, but I think we need to use blockchain technology, bitcoin and all other forms of technology. I want New York to be the center of these technologies, Adams added.

It is believed that the collapse in the price of bitcoin occurred after the publication of the minutes of the December meeting of the US Federal Reserve System (FRS). After launching a record-breaking asset purchase program in 2020, when the coronavirus pandemic broke out around the world, the government announced in 2022 that it would gradually cut injections by $ 8.3 trillion.

After that, within 15 minutes, up to $ 110 million in bitcoin longs was liquidated, and in 30 minutes – more than $ 315 million in perpetual futures. In general, more than $ 812 million worth of crypto futures were liquidated, as a result of which cryptocurrency trading experts do not undertake to make predictions about what will happen to a digital asset in the future.