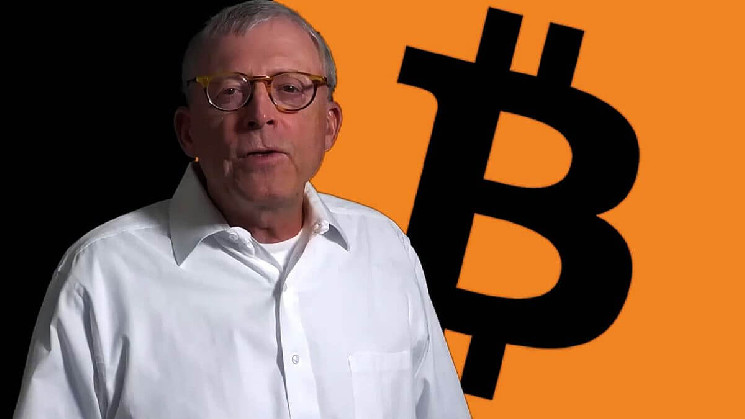 Trader Peter Brandt does not predict a strong fall in Bitcoin

Amid the sluggish downward movement in bitcoin price, many analysts are making bearish predictions, pointing to the looming head and shoulders pattern that has formed on the daily chart of the cryptocurrency.

However, seasoned trader Peter Brandt is not at all worried about the bearish formation, citing in his tweet four reasons why it is unlikely to materialize.

Many analysts point to H&S for BTC. I don’t really like this interpretation for four reasons.

1. Slanted cut.
2. RS low has an extended wick.
3. H&S is an extension of a much larger congestion zone.
4. No overlap of the shoulders and head area.

Lot’s of backseat chartists are posting the H&S in $BTC. I don’t particularly like this interpretation for four reasons.
1. Up-slanted neckline
2. RS low is extended wick
3. H&S is extension of much larger congestion zone
4. No overlap between shoulders and area of head pic.twitter.com/rcGyuv137i

Brandt also challenged the popular myth that classic charts don’t work in the nascent cryptocurrency industry. In his opinion, they are more applicable in the cryptosphere than in any other asset class.

The legendary analyst also made it clear that he does not predict a sharp drop in the price of bitcoin, although he does not rule out a new correction.

Interestingly, Goldman Sachs analysts also predict that the price of bitcoin could reach $ 100,000, provided that cryptocurrency overshadows gold as the main store of value.