Bitcoin broke through the support level of $ 46,500. Let’s figure out whether we should expect a further decline or the correction has already ended.

During the month, the price moved in a flat range of $ 46,500- $ 52,000. The pattern is clearly formed BUI, that is, an impulse exit from accumulation on an anomalous volume. This happened after pressing to the lower border, which is an additional argument in favor of the “truth” of the breakdown.

The $ 39,500- $ 40,900 band is a high liquidity range. It was not withdrawn before the last wave of growth in the asset, when the price of bitcoin reached an all-time high. Now, after absorbing this growth, it is highly likely that liquidity will be collected. 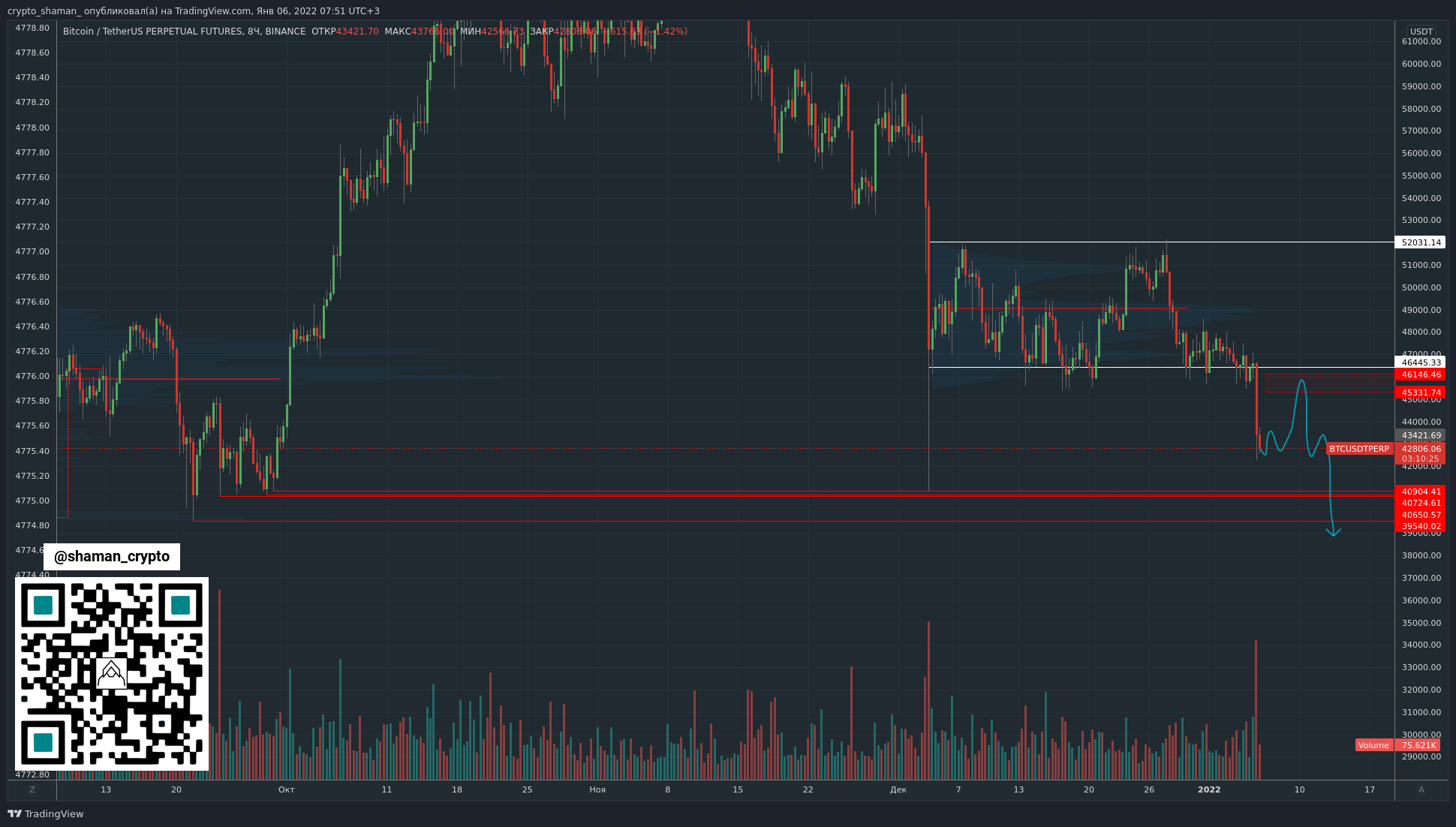