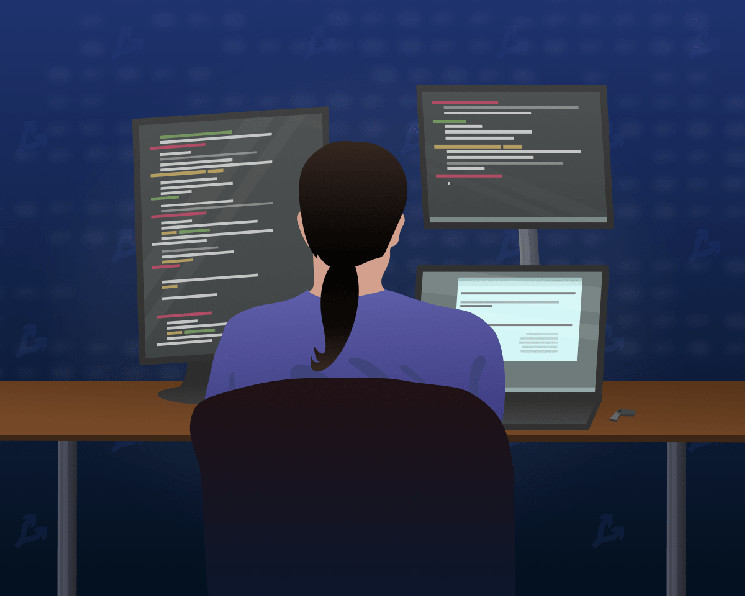 
In 2021, more than 34,000 new developers joined the creation of open source projects related to cryptocurrencies and Web 3.0. This is the highest figure on record, according to a report by venture capital firm Electric Capital.

This was a community effort: 150 people contributed via email and Github! Thank you everyone who helped.

“The skyrocketing new talent pool means that 60% of Web 3.0 developers joined projects in 2021. If we consider specialists who devote more than ten days a month to the code, then 45% of those employed on a full-time basis started work in 2021. Whatever one may say, half of the developers of Web 3.0 are newbies, “said the head of the company Avichal Garg.

Electric Capital analysts reviewed 500 thousand repositories and 160 million commits. Only the unique code was included in the relevant sample. Garg emphasized that many private companies create similar products – the work of these developers has not been taken into account.

During the reporting period, more than 18,000 monthly active developers made code changes to projects in the digital assets and Web 3.0 domains. Since the beginning of 2021, their number has grown by 75%. 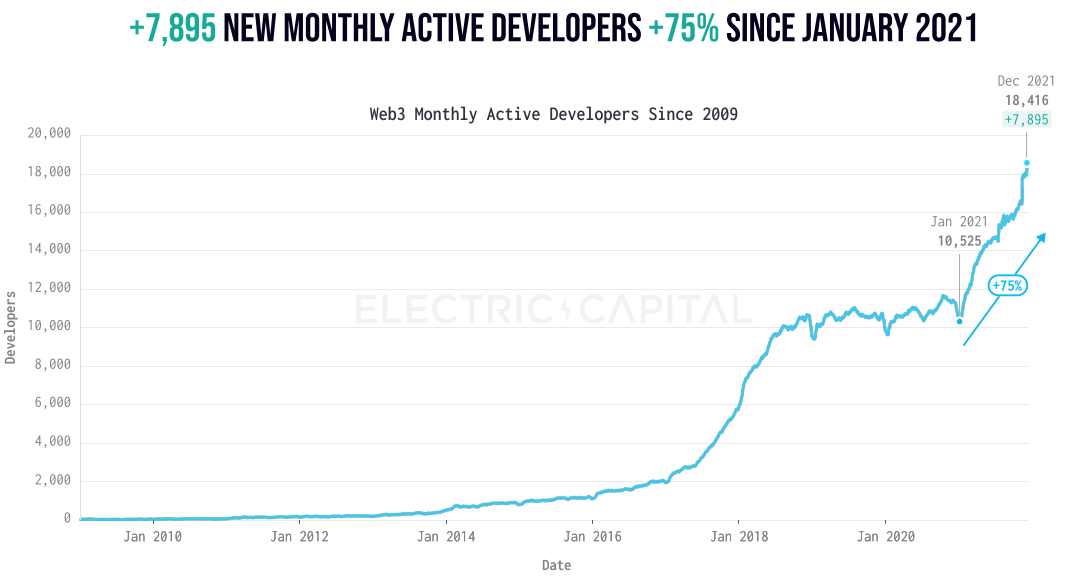 The largest number of active specialists (over 4,000) are working on projects based on the Ethereum blockchain. In second place is Polkadot (about 1400), in third place is Cosmos (over 900). More than 680 programmers work on open source products in the Bitcoin ecosystem. 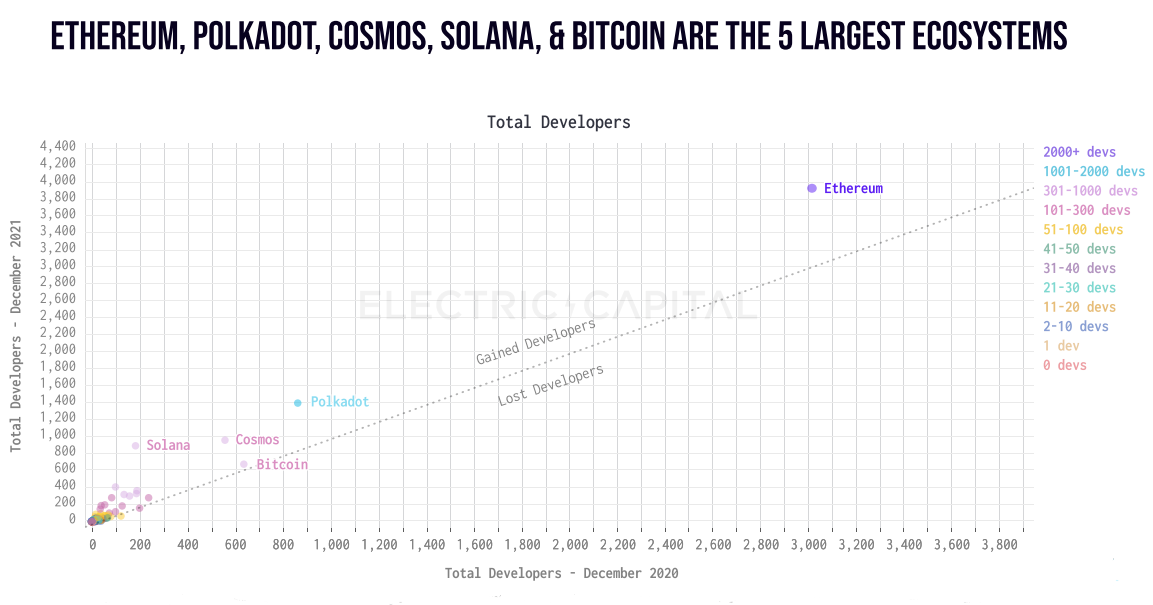 At the same time, analysts noted that new specialists are more willing to join projects with fewer developers. Polkadot, Solana, NEAR, BInance Smart Chain, Avalanche and Terra ecosystems are growing faster than Ethereum, according to the authors of the report.

Analysts also stressed that 500 new developers joined the work on products from the DeFi sector – an increase of 75% over the previous year.

Recall that in December 2021, Jack Dorsey questioned the future decentralization of Web 3.0. Achieving this goal will be hampered by the strong influence of venture capital, he said.