Bitcoin and the entire cryptocurrency market were bled to death on Thursday due to a sharp drop after a correction in global stock markets. The riots in Kazakhstan and the expectation of an imminent rate hike weakened investor sentiment.

With the exception of two stablecoins, all of the other eight of the top 10 digital tokens traded sharply lower. Polkadot fell 12 percent, as Solana and Terra and Ethereum each lost 10 percent. 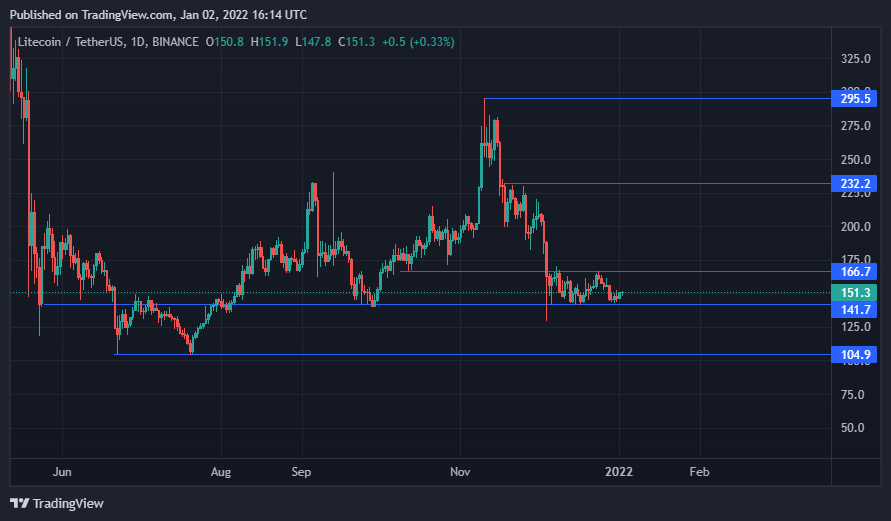 Bitcoin is currently trading at 43,180 per coin, down 7 percent over the past 24 hours. The leading asset continues to lose its dominance – now it is less than 37 percent.

The global cryptocurrency market capitalization fell more than 8 percent to $ 2.07 trillion from the previous day. The total volume of the crypto market jumped more than 14% to $ 117.84 billion.

The latest sale changed the order of cryptocurrency placement. The fall in Binance Coin has lifted it to fourth place in the Top 10 token sequence. USD Coin overtook Cardano to become the sixth largest token.

Edits are being observed across the board – both traditional and crypto markets.

Combined with looming rate cuts and rate hikes, the overall macroeconomic outlook does not appear to be overly optimistic for markets as a whole. Major asset classes are also overvalued, far from fundamentals. We will probably see the sale continue.

Bitcoin will continue to take market share away from gold as part of wider digital asset adoption, which according to Goldman Sachs Group, makes the often-hyped price prediction in $ 100,000 possible.

Ravencoin (RVN) is a fork of Bitcoin, launched in 2018 and, like Bitcoin, functions as a peer-to-peer digital network for transferring digital assets from one side to the other. However, unlike Bitcoin, it incompatible with ASIC mining (Application Specific Integrated Circuit), that is, using special equipment.
As a result, it is a more “democratic” coin as it can be mined by anyone with a computer. Currently RVN price is $ 0.115 after short correction after 45% rally since the beginning of the new year. 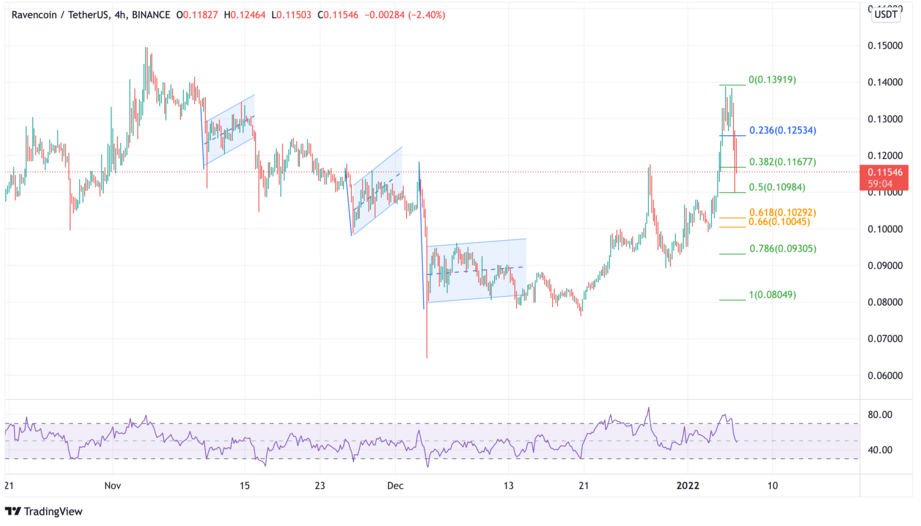 To maintain a bullish trend, RVN must return and hold retracement 0.382 at $ 0.116, or in the worst case, a gold pocket at $ 0.1. The gold pocket will also align with a support trend line from one of the December lows and suggest a confluence. On the other hand, RVN will need to return the resistance level to $ 0.125 and overcome the local maximum at $ 0.139, to form a higher high to maintain a bullish market structure.