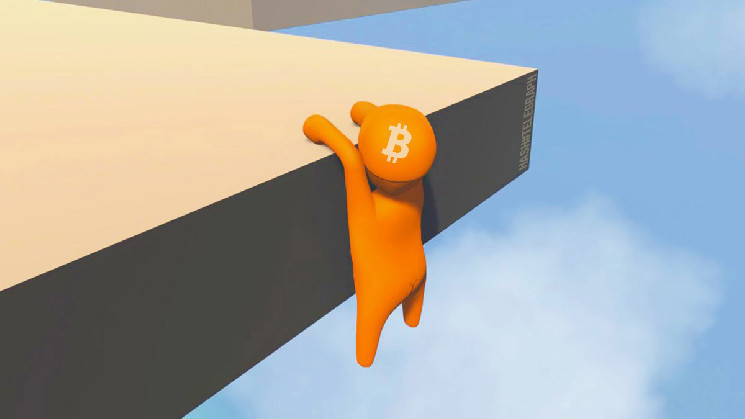 Bitcoin fell to $ 42 thousand, the analyst believes that this is the zone of purchases

Bitcoin fell contrary to bullish expectations for cryptans. As always, this event raised two questions: who is to blame and what to do?

Bitcoin broke strong support at $ 46K amid news that the Fed is about to cut its balance sheet. The published minutes of the meeting said about a high level of inflation, in connection with which they are discussing the rate hike in March, as well as the withdrawal from the financial system of the liquidity poured into it earlier.

The analyst noted that the measures planned by the FRS are caused by extraordinary inflation, which has not been observed for the last 40-50 years. These measures mean the gradual winding down of the quantitative easing policy in the United States.

The stock and cryptocurrency markets reacted with a drop. The Fear and Greed Index dropped to 15, which means extreme fear. 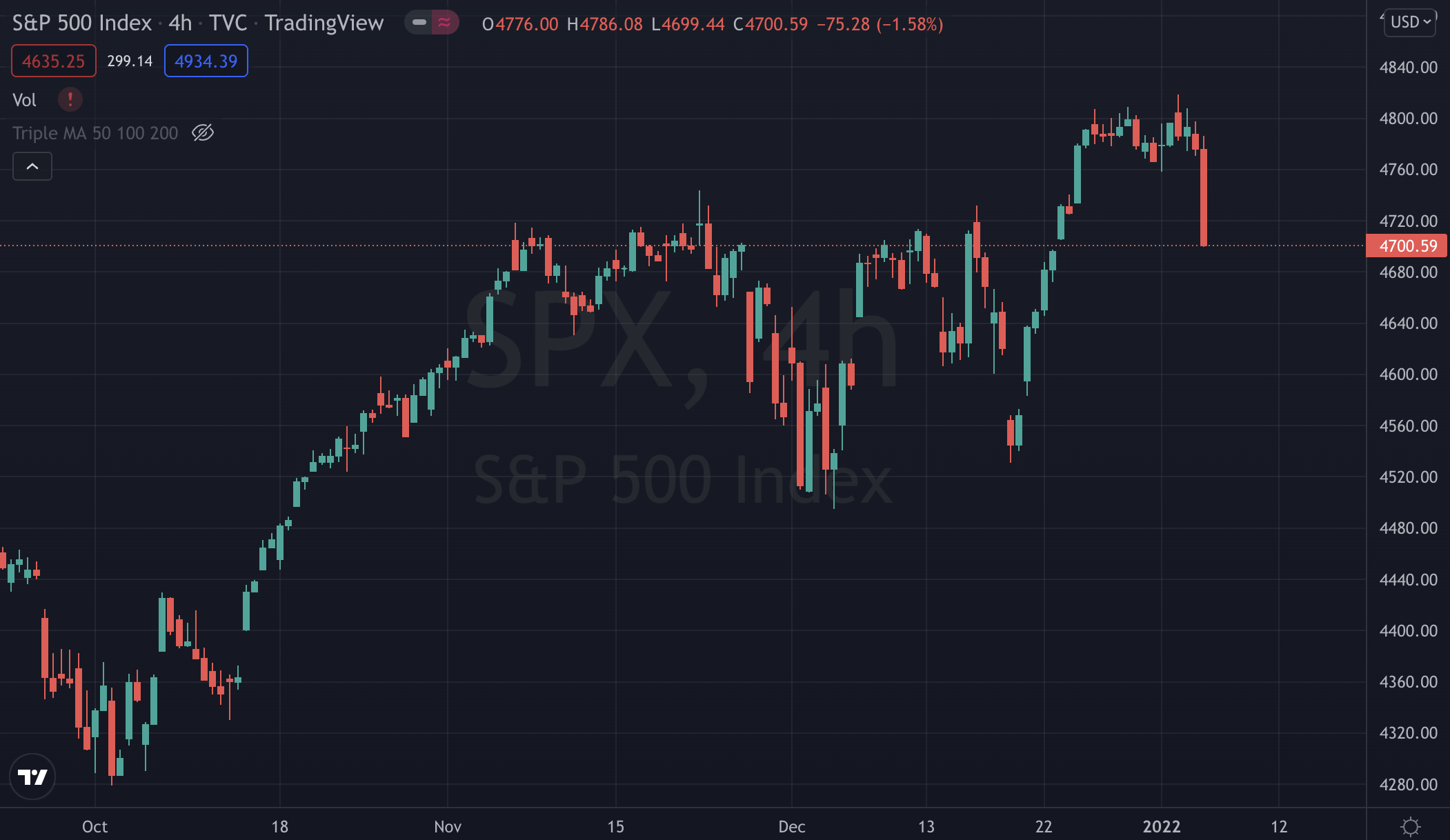 Bitcoin fell to the level of $ 42 thousand. From the point of view of Van de Poppe, the critical support zone is now the interval of $ 40-42 thousand. This zone has repeatedly played the role of resistance and support in the past year. Maintaining this area is also necessary for reasons of the structure of higher lows, which characterizes an uptrend. As long as this trend continues, it is too early to talk about a bear market. 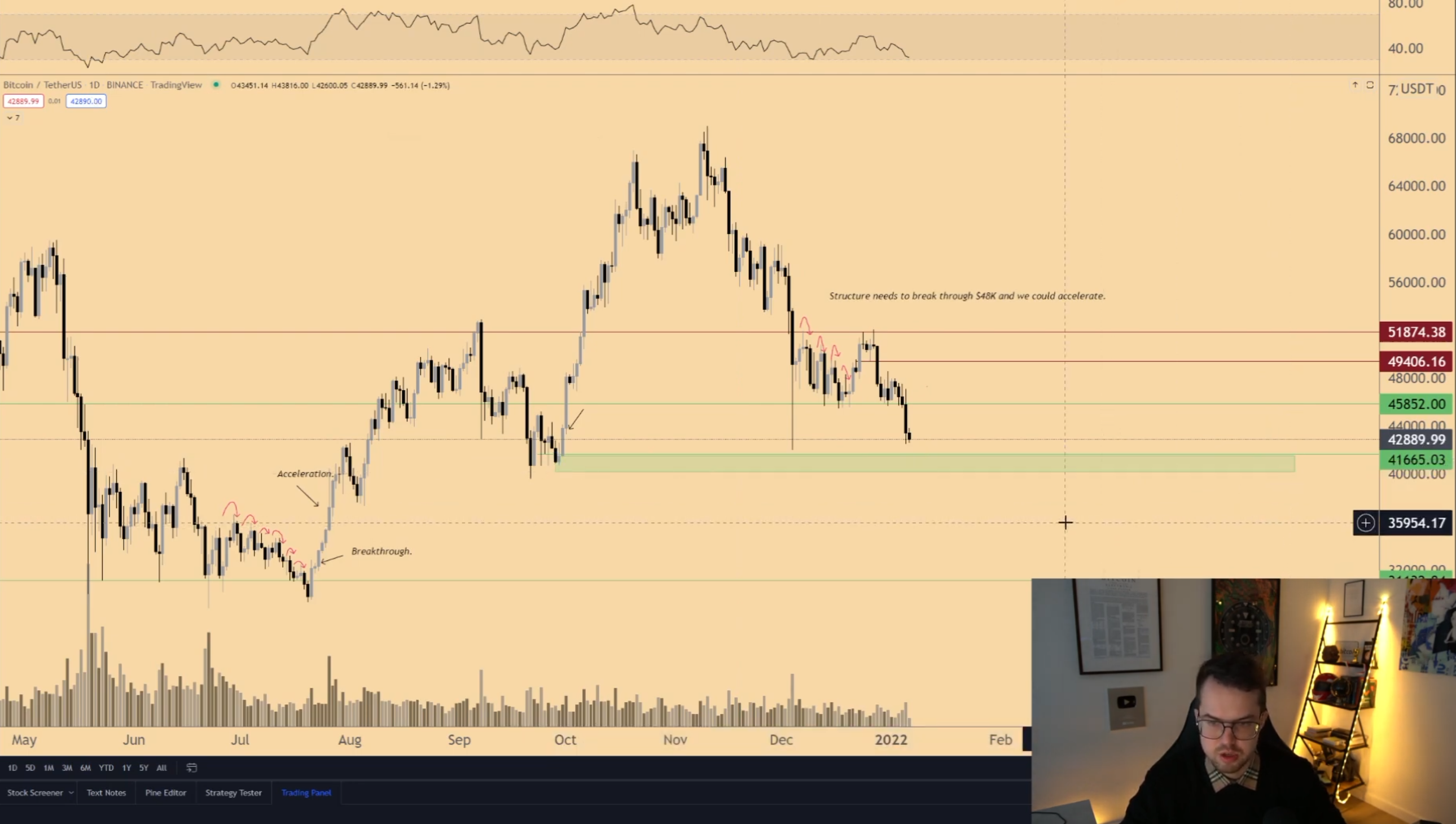 Thus, the analyst believes that $ 40-42K is an excellent entry point into a long position.

Kazakhstan and the fate of the New Year rally

Apparently, Kazakhstan has also made its contribution, in which there are significant Bitcoin mining capacities that migrated from China. The unrest in the country led to the shutdown of the Internet and a drop in the hash rate, the positive correlation of which with the price is well known.

Today is January 6, which means the first week of the new year is about to end. Obviously, the tradition of the profitability of this period for Bitcoin holders will be broken: