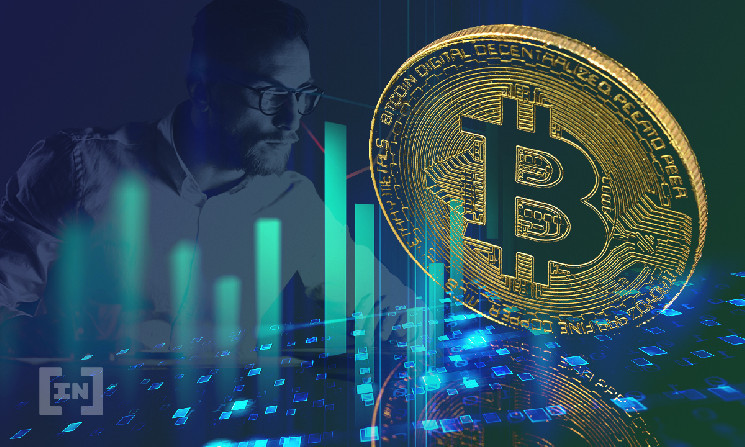 mobility indicator hints at a rally

The BeInCrypto editors analyzed such an on-chain bitcoin (BTC) indicator as a mobility indicator in order to assess the activity of old coins and the current phase of the market.

What is on-chain mobility?

Mobility indicator (Liveliness) Is an on-chain metric that helps to estimate the age of coins participating in transactions and analyze the behavior pattern of their owners. The indicator value range is from 0 to 1.

Its importance increases when market participants spend old coins, setting them in motion, and decreases when old coins remain dormant, and holders of young coins are active.

Most often, this indicator is assessed in terms of its angle of inclination. When it rises, it is a signal that market participants are spending old coins. Accordingly, the downward bias indicates that mostly young coins are in motion.

Typically, the Liveliness indicator peaks at the peak of a bullish cycle, but declines during retracement periods. 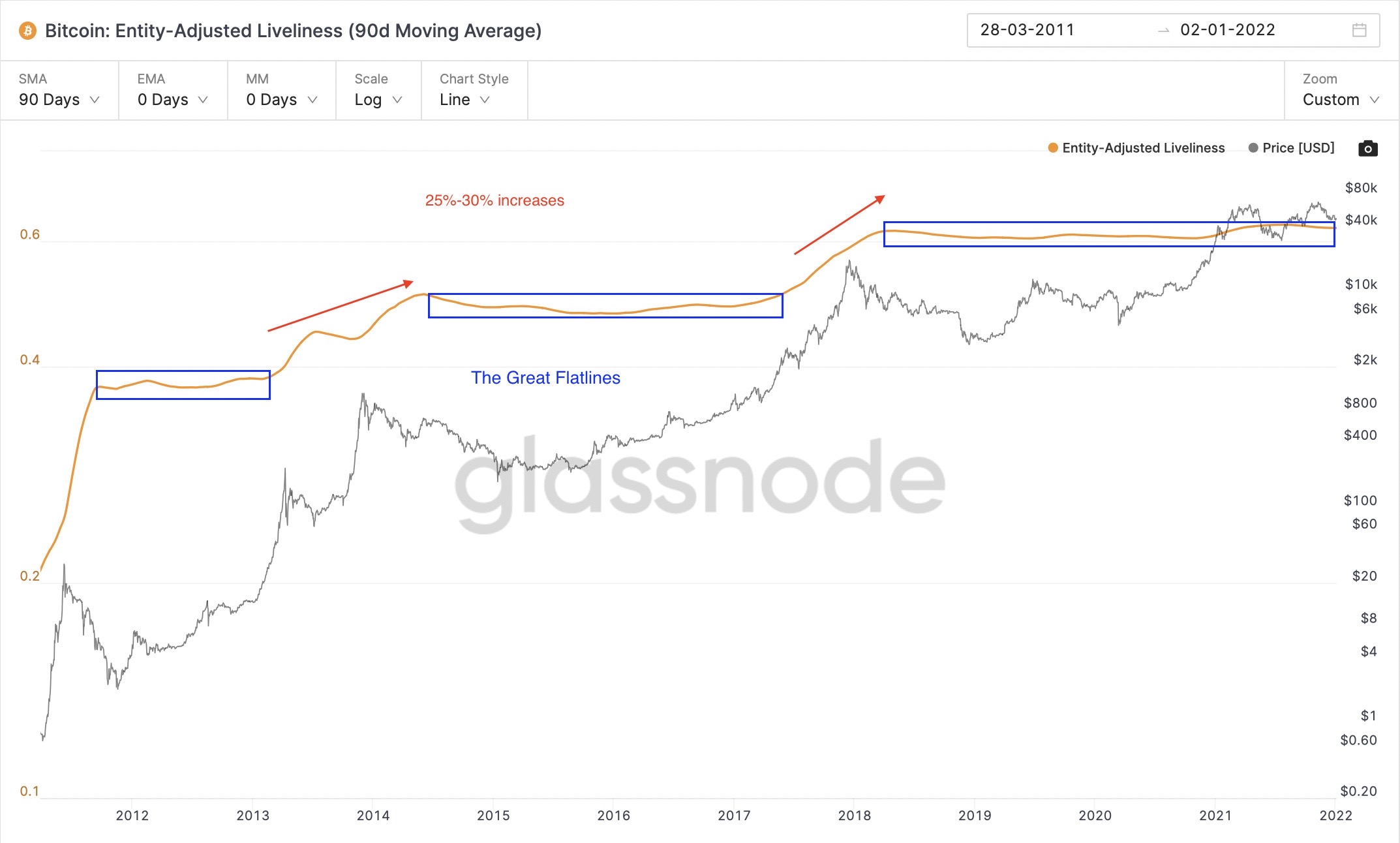 The indicator first rises, indicating that long-term hodlers are liquidating their positions. This happens at the beginning of bull markets when the rally in the BTC rate becomes parabolic (red lines).

After that, the metric decreases very slowly and smoothly over a long period of time (black line). This means that long-term bitcoin holders are accumulating coins in anticipation of the next phase of growth.

Interestingly, each time these accumulation cycles get longer.

The first cycle lasted 18 months, the second 32 months, and the current cycle is unfolding right now and is not over yet.

In February 2018, the value of the on-chain mobility indicator was 0.62. Immediately before that, the BTC rate updated its all-time high in December 2017. After that, the indicator remained in the range of 0.62-0.58, and at the time of writing was kept in the region of 0.61. Thus, over the past 46 months, its drawdown turned out to be extremely insignificant.

Compared to previous cycles, this may mean that the true parabolic rise in the price of BTC, during which long-term hodlers take profits, has not yet begun. 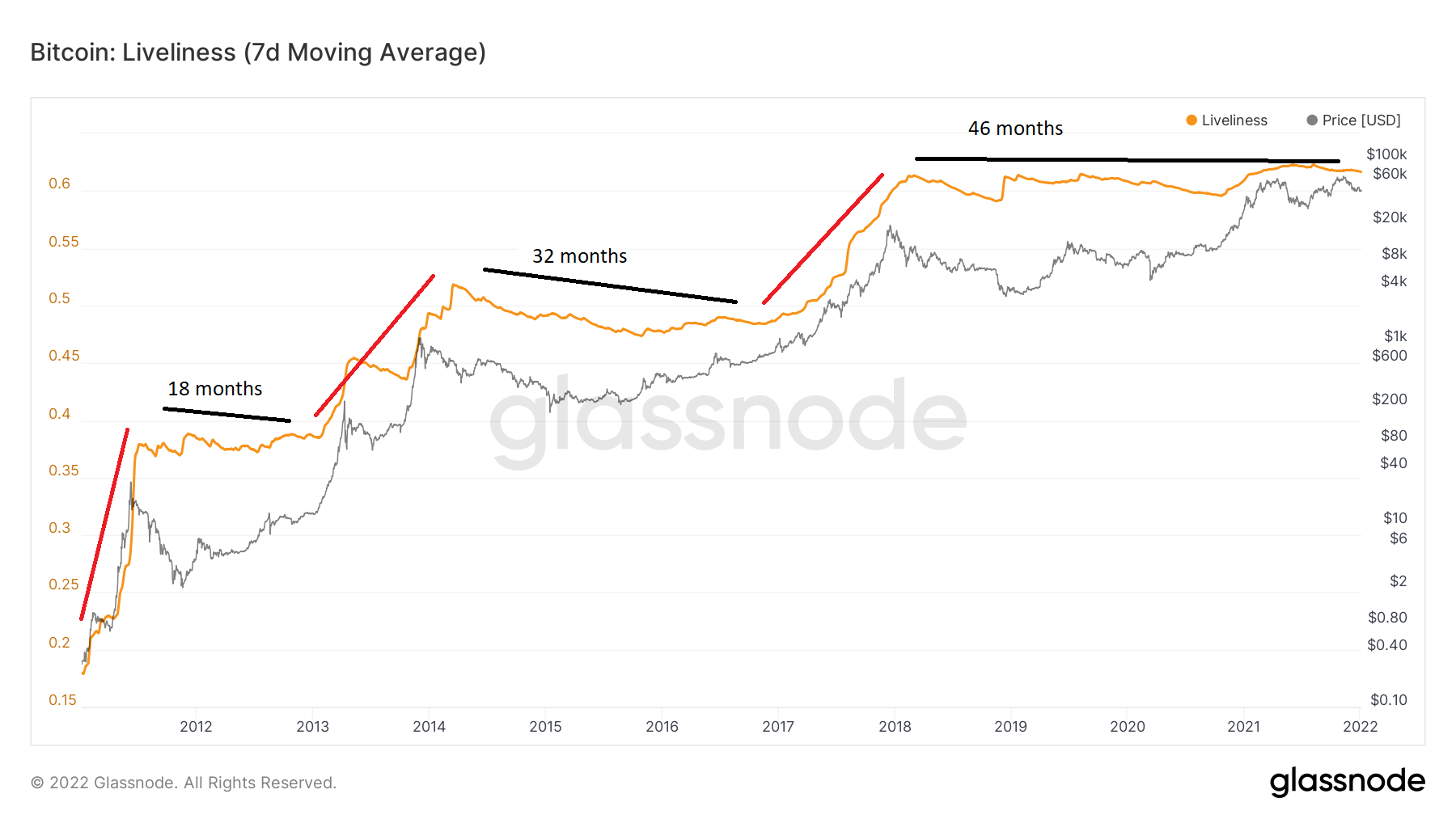 Note that in the period from October 2020 to August 2021, the on-chain mobility indicator increased from 0.59 to 0.62. This is the largest gain since the February 2018 high mentioned above.

On August 5, the market formed a new all-time high at 0.6225 (blue circle). The indicator has been declining since then.

As history shows, this may have been the beginning of a phase of parabolic growth, while the current decline is a phase of accumulation.

Thus, we can deal with a fragment of a full-fledged long-term cycle that has been repeating since 2011. 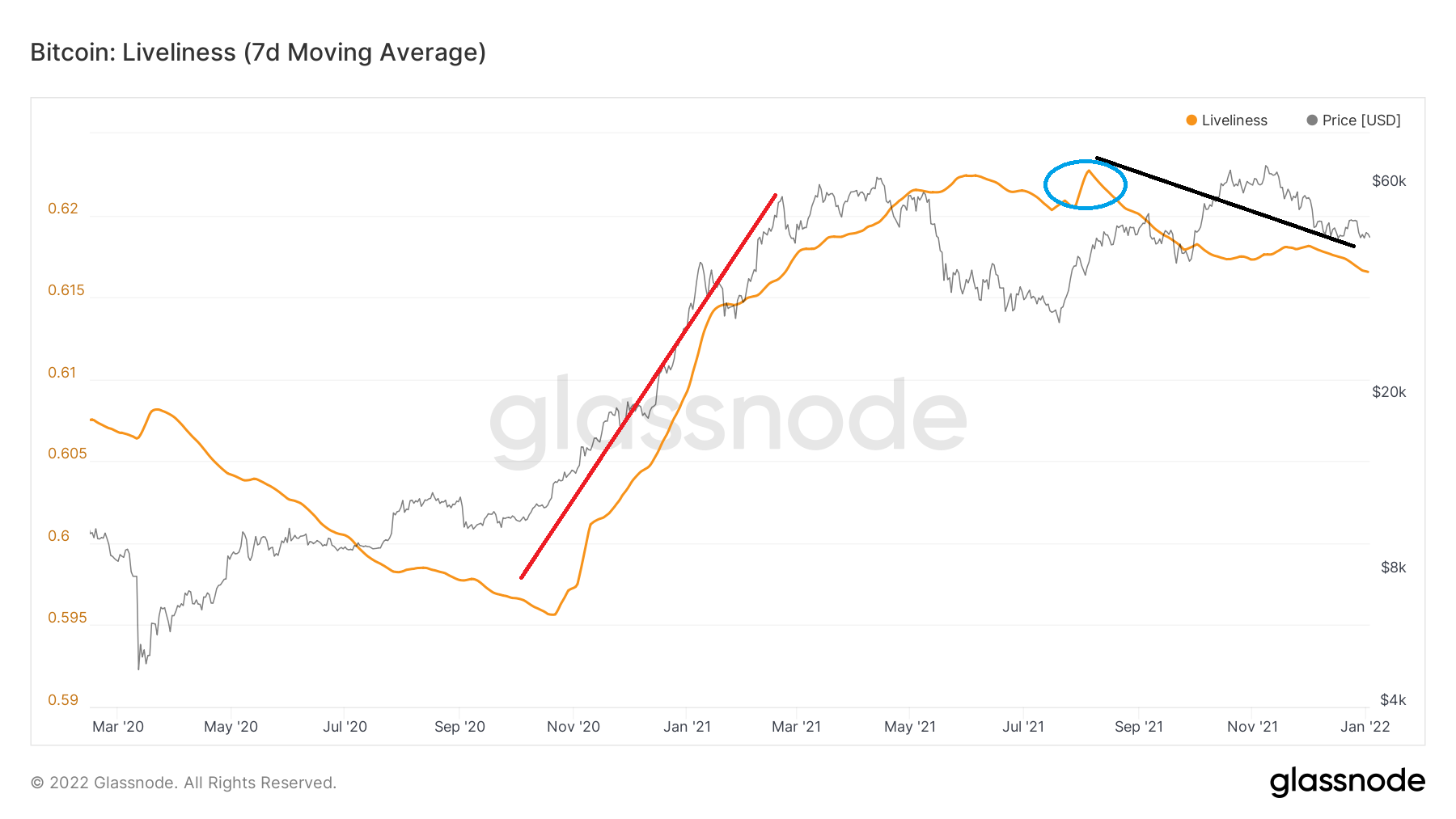 Read the latest technical analysis for bitcoin is possible here.