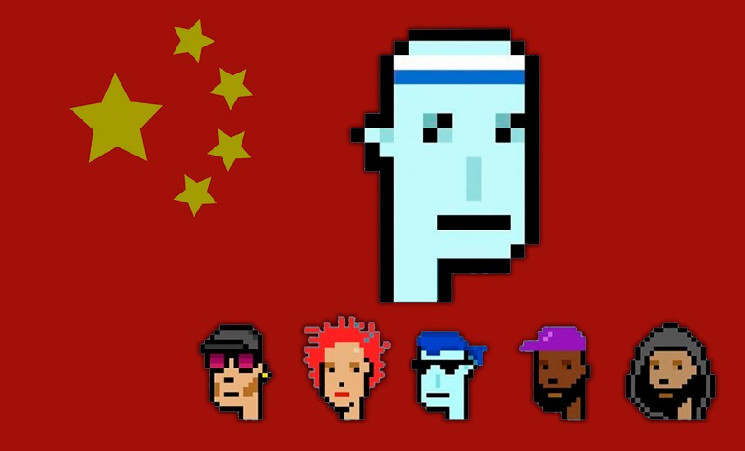 CryptoPunk token # 8690 went under the hammer at an auction in China for 5.2 million CNY

One of the non-fungible tokens (NFT) of the CryptoPunks collection was sold at an auction in Shanghai (China) for 5.2 million yuan ($ 820 thousand) with a starting price of 1.5 million CNY ($ 236 thousand). The event was organized by Shanghai Jiahe Auction.

Representatives of the Shanghai Auction noted that the CryptoPunk # 8690 token was up for sale. Its cost was initially determined in yuan, so the buyer transferred the entire required amount in the national currency. The company is closely monitoring the fast-growing NFT industry and plans to conduct quite a few trades in other digital assets, despite the controversial attitude of the PRC authorities towards the virtual currency industry.

The experts noted that non-fungible tokens in China are not subject to the ban if their acquisition is related to collecting rather than speculation. The line between the two is often very thin, which is why large companies interested in a new technology prefer to use other terms.

In particular, Alibaba and Tencent, wanting to protect themselves from possible pressure from the authorities, have renamed their non-fungible tokens to “digital collectibles”. The state news agency Xinhua took the same step, which on December 24, 2021, released 11 archival photographs in fact in the NFT.

The PRC authorities are repressing the digital asset industry. In parallel with this, the state is actively promoting its virtual currency – e-CNY. Earlier, the editorial staff of Crypto.ru reported that the local regulator presented an updated application for CBDC. He changed the interface, added support for China Merchants Bank, WeBank and some other partner financial institutions, as well as made other innovations.