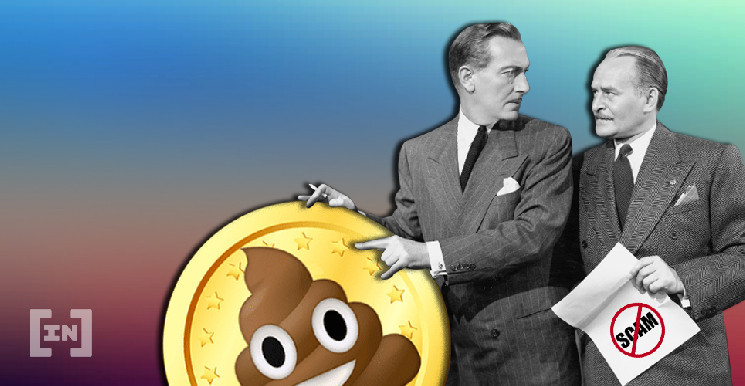 Arbix Finance (ARBX) profitability pharming platform based on the Binance Smart Chain blockchain completed an exit scam. This was announced on Twitter by CertiK Security Leaderboard analysts. According to the description of the incident, the project owner used the access rights to the ARBX token smart contract to unauthorized issue of additional coins.

It is reported that the creator of the project issued 10 million ARBX tokens (~ $ 10 million at the time of issue) and sent the assets to 8 addresses. Subsequently, the attacker converted the tokens into ETH via AnySwap, and then laundered it via the Tornado.cash mixer. Against the background of the release of new tokens, the price of ARBX has fallen by almost 60%.

Users of the cryptocurrency community noted that before the exit scam, Arbix Finance had been audited by CertiK. Representatives of the firm did not comment on the allegations in any way. In early December 2021, CertiK completed a $ 80 million Series B2 funding round.The total valuation of CertiK, according to the firm itself, reached almost $ 1 billion.

This is not the first time that decentralized finance projects have committed fraudulent activities in spite of ‘audits’. For example, at the end of December last year, the editors reported that a non-fungible token (NFT) multi-chain swap project called MetaSwap completed an exit scam for $ 610,000.

Users noticed that the project was audited by TechRate. The editors have confirmed the authenticity of the allegations, since MetaSwap does appear in the portfolio list on the firm’s website. In the audit itself, the firm wrote about the absence of critical vulnerabilities in the MetaSwap smart contract. To check the code, the firm copied the list of variables from the smart contract itself and Etherscan data.

The editors found out that Moscow is on the list of contacts of the company. Moreover, according to data from the who.is registry, the TechRate domain is completely registered with the Russian domain name provider reg.ru.