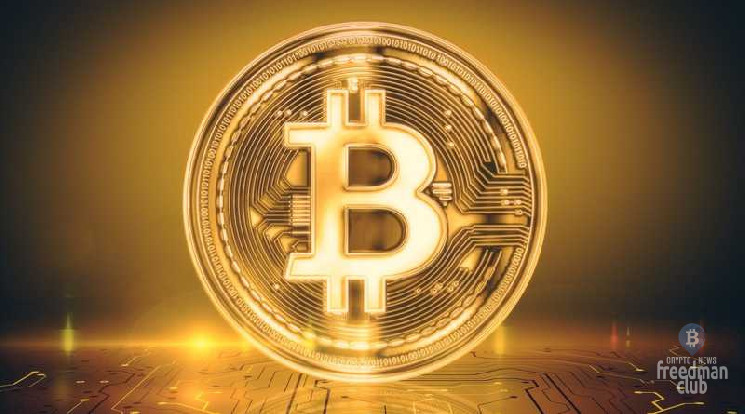 What to look out for in Bitcoin this week

There is still a gap between the dynamics of Bitcoin price structure and fundamentals on the network. How relevant the Hodl strategy will be this year for the leading asset.

Bitcoin ended 2021 and started the next year on the same note – trading below the $ 50,000 mark. Analysts had expected the flagship asset to receive an upward push by the end of the year, but this did not happen. The December close below 48,000 fell short of bullish expectations, but opened up a promising market picture that we all will soon see.

It is important to note that while Bitcoin was trading sideways, with some decline, stocks, on the contrary, were at their peak at the end of December, and if we add inflation and an increase in interest rates to this, then we will have an interesting year.

However, so far everything is going on as usual, we have not seen any sharp jumps in the BTC / USD pair for several weeks in a row. However, we will look at what might happen and how the market position might change this week.

Stock movement and correlation with Bitcoin

It is enough to look at the S&P 500 index to add up an opinion on the movement of the general stock market. In 2021, the index reached at least 70 all-time highs, ending the year in big plus, even though risky assets looked much more appetizing.

However, interest in cryptocurrencies has faded over the past month. And Bitcoin, having dropped below $ 50,000, received almost no media coverage, except for a bit of turmoil around the peaks and troughs of low holiday liquidity.

With that said, the Federal Reserve has reported two interest rate hikes this year, and the market’s ability to absorb them is seen as a key test of asset performance.

However, during the first period of the year, this may well be a continuation of the latest trend of “doing business as usual” – stocks will add more to historical highs.

As far as Bitcoin is concerned, chances are high that the flagship cryptocurrency will show itself volatile during this period, remaining volatile due to the stock market and Fed adjustments.

Inflation will again be on the radar and the latest US consumer price index (CPI) data for December will be released on January 12, which will also have an impact on market movement.

The dynamics of the Bitcoin spot price has given very few interesting signals lately, remaining in a well-defined range. Over the holidays, the volume of liquidity fell: retail players are showing more interest in altcoins, and whales such as El Salvador or Microstrategy continue to buy currencies in their portfolio.

Now $ 48,000 for Bitcoin is a small brick wall that can, however, be easily demolished by onslaught. In this case, the asset will turn to the $ 40,000-42,000 range, which will contribute to the accumulation of BTC.

But do not forget that we are talking about Bitcoin, the flagship asset has more than once demonstrated the ability to break even the strongest trend at the most unexpected moment. Now its dominance in the market has fallen below 40%, but the situation can always change.

For those comforting in technical analysis, on-net metrics carry a lack of relief.

The further the market moves away from a sharp correction in the past month, the more tempting Bitcoin looks like an investment punt based on historical trends.

In its last newsletter, released on December 31, Capriole CEO Ryan McCoy emphasized that the trend is changing the buying habits of investors corresponds to the last stages of the previous adjustments.

Of particular interest is the Short Term Holder Spent Profit (SOPR) withdrawal ratio from network analyst firm Glassnode, which shows the extent of profit or loss on recently spent coins, especially those that were last moved in the last 155 days.

Currently with an average score below 1, SOPR shows that the number of coins spent at a loss is decreasing – a potential form of seller attrition.

The basics have (almost) never been better

Continuing the positive sentiment, the core principles of the network underline the strong belief of another cohort of major players in the Bitcoin market.

Miners, despite a record $ 69,000, accumulate rather than sell their coins.

At the same time, network hash rates are at an all-time high, last seen in March and April, before the violation of the Chinese ban triggered months of migration.

If the old adage “price follows hashrate” remains true, miners’ faith in Bitcoin’s long-term profitability will be a key indicator of where the market is heading.

Such metrics, in fact, constitute fundamental material for the predictions of the old guard and are largely ignored by newer and more interesting methods of explaining the dynamics of prices, supply and demand, but they cannot be ignored due to their ability to explain the institutional and infrastructural support to ensure the security of the protocol. , which at the same time effectively supports the entire cryptoeconomy.

The hash rate is currently over 190 exahashes per second (EH / s), according to MiningPoolStats.

Meanwhile, later this week, the difficulty of the Bitcoin network will rise by about 2.4%.

This reflects the competitiveness of the current mining landscape, and as the Blockchain data shows, the difficulty will soon reach 25 trillion again, for the first time since the pre-China peak.

With each increase, complexity increases the security of the network, creating an even more reliable ecosystem.

How stable is “extreme fear” this time?

Fear & Greed reflects this with a gain of 8 pips since the weekend, despite little change in price action. At the time of writing, the Index sleft 29/100, however, in the “fear” zone. Meanwhile, as noted by the resource Ecoinometrics, similar sentiments historically did not last long. Bitcoin is experiencing extreme fear again. Historically, this means that there is a limited decline of 30 days.