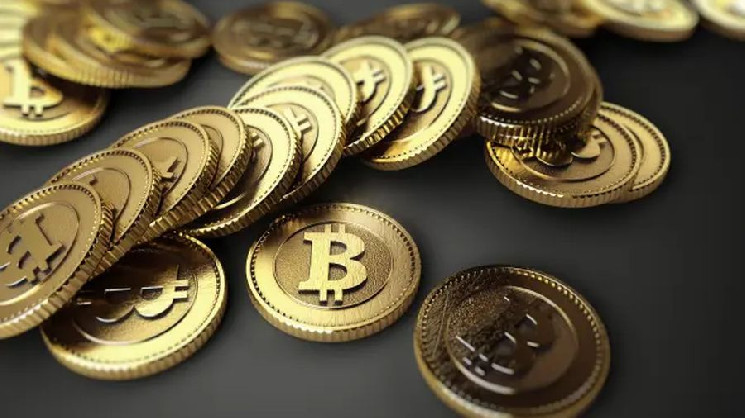 the most important events of the 13th year of Bitcoin

Bitcoin is 13 years old: on January 3, 2009, the genesis block of the world’s first blockchain was created. And 2021 turned out to be full of important events for the flagship cryptocurrency.

Over the first 12 years of its existence, bitcoin has already loudly declared itself, and by the beginning of the past 2021 it was difficult to find a person who had never heard of cryptocurrencies in his life. But it was the 13th year that was truly disruptive for Bitcoin and for the entire industry it leads. Satoshi Nakamoto’s creation gained weight in big markets and in big politics. In order not to tire the reader by listing the achievements of the past, we will focus only on the landmark events of this year in the main areas of the cryptocurrency industry.

By the law of halving

First, about mining, as the basis of the impenetrable reliability of the first blockchain and an inexhaustible source of income for those who support it. The theory that the bitcoin rate rises after each halving of the block reward (halving) has worked for the third time.

Of the other planned and unplanned achievements of the 13th year miners, two events deserve attention:

And finally, this year, Chinese miners got a full-blown “fly in the ointment” – an almost complete ban on mining in mainland China, including for government organizations. This event had little effect on the hash rate of the network, but the geopolitical scales smoothly swayed. But that is the topic of the next chapter.

Which country do you own bitcoins?

China bans Bitcoin (China bans bitcoin) – this phrase has long become a meme that explains almost every drop in the price of bitcoin. And, oddly enough, it often turned out to be correct. Although much of the news on this topic remained at the level of rumors.

Gradually increasing bans by the Chinese government plunged bitcoin in 2014, 2017 and 2018. By the summer of 2021, almost all operations with cryptocurrencies were already banned in China. Except for mining. Both the industrial mining of cryptocurrencies and the production of ASIC miners were very profitable businesses, and even the omnipotent PDA did not dare to erase them from the economy for a long time.

The mining ban once again caused an exchange flurry, but it was short-lived. And now China has virtually lost all leverage over the cryptocurrency economy. There is nothing more to prohibit. And it’s time to send the once powerful meme to the archive.

A small and poor Latin American country, El Salvador, has unexpectedly become a counterweight to China in crypto-geopolitics. Its president, Nayib Bukele, opened state-owned mining farms and, for the first time in history, equated bitcoin with the state currency. And not some third-rate one, but the main one in the world. El Salvador does not have its own currency; since 2004, the country has been costing the US dollar. But now, in this small territory, bitcoin, at least formally, has the right to treat on an equal basis with the “greenback”. The event is historical from all sides.

But the world’s first economy does not intend to release such a valuable instrument from the tenacious claws of its regulators. As you know, American laws are de facto extraterritorial, that is, they can be imposed on almost any country in the world. This means that the launch of full-fledged regulation of cryptocurrencies in the United States will affect the industry more than the decisions of any other state. Already at the end of 2021, Senator Cynthia Lummis presented a bill on the classification and regulation of cryptoassets in the United States, providing for the creation of a separate department. Its consideration and adoption could be the main event of 2022.

Over the past years, the penetration of bitcoin into world markets, along with the ubiquitous stocks and derivatives, has been hampered by the lack of highly liquid regulated instruments traded on open markets. Only the approval of the regulators of the world’s leading economies can open the way to the portfolios of institutional investors and poor students. And the cryptocurrency business could not achieve this for a very long time.

Bitcoin trusts for professional investors (for example, GBTC, launched in 2015) and even CME futures contracts, launched in December 2017, failed to create a full-fledged market. They did not inspire confidence among the institutions and turned out to be unavailable or insufficiently liquid to build a “critical mass” of retail buyers.

Exchange Traded Funds (ETFs) were announced as a solution a few years ago. They are traded on the largest stock exchanges, are available even to novice investors, and at the same time they cannot enter the market without the approval of the regulator. But many applications for cryptocurrency ETFs were constantly “wrapped” by the US SEC, and regulators in other countries followed suit.

Only in 2021 there was a breakthrough of the front from two sides at once: the US SEC finally approved exchange-traded funds for bitcoin futures, and Canada, at the beginning of the year, allowed direct ETFs on bitcoin. In the coming year, this practice will inevitably expand, and BTC funds will directly or indirectly take a place in the portfolios of tens, and possibly hundreds of millions of “classic” investors. This means that the projected “crypto winter” of 2022 may turn out to be much less severe than the previous ones.