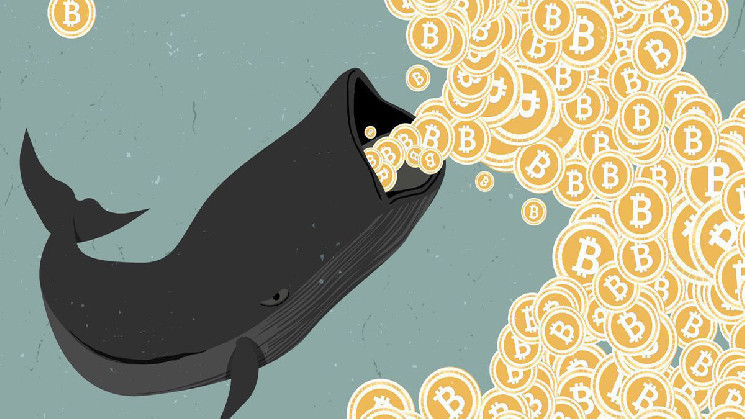 Bitcoin marked an important date yesterday – 13 years ago, a genesis block was generated – a zero block in the network. One of the largest Bitcoin holders celebrated the day with a purchase of 456 BTC. He now owns 120,845.57 BTC worth over $ 5.6 billion.

The Whale Alert service, which specializes in tracking large cryptocurrency transactions, drew attention to the purchase.

The third largest crypto wallet in terms of funds got hold of bitcoins at a price of $ 46,363 per coin and at the time of this writing, the bitcoin kit owns 120,845.57 BTC. The identity of the owner of the wallet remains a mystery, but it seems that he is closely monitoring the price of the asset and is trying to buy in the straits.

MicroStrategy, known for its cryptocurrency investments, by comparison, currently controls 124,391 bitcoins and is the largest institutional investor in the first cryptocurrency. MicroStrategy CEO Michael Sailor believes in Bitcoin’s potential and looks forward to its future growth. Sailor is not trifling with trifles – according to his forecast, in the future the price of bitcoin will reach $ 6 million. In second place in terms of the number of bitcoins among institutions is the company of Elon Musk Tesla, which owns 48,000 BTC.