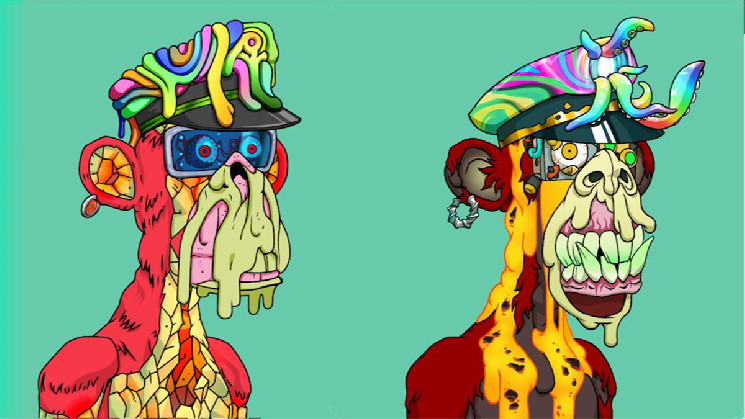 NFT trading volumes on the OpenSea marketplace are showing significant growth since the beginning of the new year. The reason for this is the next round of popularity of the Bored Ape Yacht Club (BAYC) project and its sensational collection Mutant Ape Yacht Club (MAYC).

According to the Norwegian analytical startup Dune Analytics, since the beginning of 2022, the trading volume on OpenSea has reached more than $ 700 million. Moreover, on January 3, a colossal daily trading volume of $ 255.8 million was recorded. However, the success of the beginning of the year has not yet broken the record high set in August. – On August 29, 2021, the sales volume of unique NFT tokens on the OpenSea marketplace reached $ 322 million.

In December, the monthly trading volume of NFT on OpenSea exceeded $ 3.24 billion, which is only 5.3% less than it was recorded in August. Since in the first three days of the year, the site has already sold significant volumes, record highs may soon be beaten if such dynamics persist.

The rise in trading volume on OpenSea is driven by the fashion for the Mutant Ape Yacht Club (MAYC) collection, which sells popular bored monkeys from Yuga Labs.

Launched in April 2021, Bored Ape Yacht Club has created one of the most popular NFT collections on the market. It includes over 10,000 digital images, also called ape avatars. These are ERC-721 tokens on the Ethereum network and are sold for ETH. Members of the crypto community attribute the popularity of the Bored Ape Yacht Club to a wide variety of art styles. At the moment, the BAYC collection is completely sold out and NFT from it can be bought on the secondary market at a much higher price.