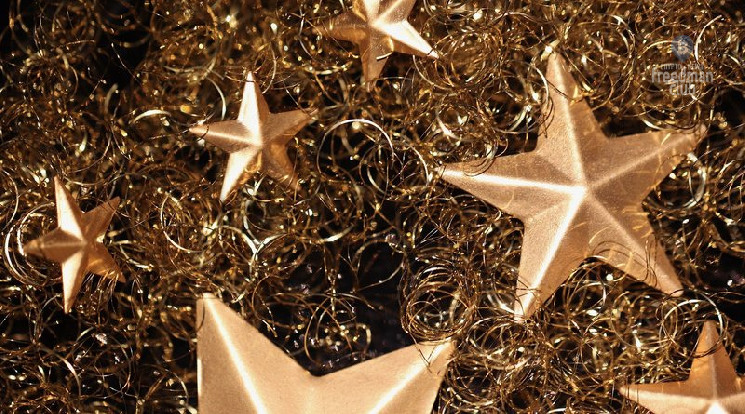 Bitcoin and Ethereum remain the top two cryptocurrencies by market cap, but the remaining 8 positions have changed over the past year.

We’ve spent a lot of time thinking about the highs and lows of 2021 – a year marked by historic highs, milestones, and daring hacks.

Over the past 12 months, the top cryptocurrencies by market cap have changed immeasurably. The established digital assets that were the backbone of the markets fell in rankings and were replaced by alternatives.

In this article, we’re going to highlight 10 cryptocurrencies as of early 2022, show their percentage gains over the past year, and find out if their ratings have improved or decreased.

1. BITCOIN (THE RATING HAS NOT CHANGED)

2021 was a blockbuster year for Bitcoin. Indeed, analysts, including Mike McGlone of Bloomberg Intelligence, are extremely optimistic about the asset’s future in 2022. At the same time, the increase in BTC by 62,3% over the past 12 months really pales in comparison to 308% leap in 2020, when prices started from just 7200 dollars.

In outlining his Bitcoin predictions for 2022, Salvador’s President Nayib Bukele says he believes the world’s most popular cryptocurrency will reach $ 100,000 and two more countries will accept it as legal tender. He also promised that the construction of Bitcoin City will begin with oversubscription of the bonds. Bukele went on to suggest that the Bitcoin 2022 Miami conference in April will be a “huge surprise.”

2. ETHEREUM (THE RATING HAS NOT CHANGED)

Despite the ever-growing number of so-called Ethereum killers breathing down its neck, ETH easily surpassed BTC in 2021. Indeed, in December, the ETH / BTC trading pair hit its highest level in three and a half years. This is largely due to the upgrade of the Ethereum blockchain, when the number of new ETH entering the market has dropped dramatically.

There is still a lot of work ahead. The full transition to the Proof-of-Stake blockchain has not yet been completed and this is seen as critical to reduce network load and bring transaction fees down to affordable levels.

Binance Coin has skyrocketed in the rankings in 2021. The BNB token can be used for transactions on the Binance crypto exchange, providing lower fees. It is also the heart of the Binance Smart Chain, which quickly became home to crypto projects seeking refuge from high transaction costs.

Considering that it is a stablecoin – which means that it should always be worth $ 1 – there is no point in checking how the USDT price has changed over the past year.

However, there is one interesting metric we can take a look at: how Tether’s market cap has evolved. Back in January 2021, he was $ 21.1 billion… One year later, the total value of USDT in circulation is $ 78.3 billion, which on 271% larger.

Some avid observers of cryptocurrency markets find this all extremely worrying and argue that the stablecoin issuer has failed to prove that USDT is fully backed by cash held in reserve. There are fears that if Tether collapses, it will pull the rest of the cryptocurrency sector with it.

We are now starting to move on to altcoins, which have shown astounding performance in 2021. At the beginning of last year, SOLANA was relatively unknown – 120th a line in the CoinMarketCap ranking. The parabolic bull run will change all that.

Solana, named the fastest blockchain in the world, says a typical transaction on its network costs 0.00025 dollars… It’s infinitely cheaper than Bitcoin’s $2,25, and Ether – x $3… All of these can make SOL an attractive choice, especially for decentralized finance projects.

However, it was not without problems. A major disruption in September resulted in Solana’s network being shut down for as long as 17 hours. (At this point, bitcoin enthusiasts would smugly point out that the BTC blockchain had 100% availability throughout 2021.)

Continuing on the Ethereum killer theme, we turn to Cardano. One particularly upbeat development here is the Santiment report, which shows that this blockchain has been №1 based on cumulative development activity for all of 2021. Cardano has outpaced competition from companies like Kusama, Polkadot, and Ethereum to claim the top prize.

A major milestone for the project founded by Charles Hoskinson saw the smart contract functionality successfully rolled out back in September. Cardano currently boasts 2 million users, but Hoskinson believes that in the next 12 months their number could grow to 20 million.

USD Coin is another stablecoin whose market capitalization has skyrocketed over the past 12 months. At the beginning of 2021, circulation was about $ 4 billion… Now this figure has grown by more than 950% to $ 42 billion.

All of this is happening despite the prospect of stricter regulation of stablecoins in the United States. Six prominent cryptocurrency executives appeared before the House of Representatives Financial Services Committee in late 2021. In one particularly informative exchange, they argued that stablecoins are not trying to undermine the US dollar, but are strengthening its dominance by making it easier for consumers in emerging economies around the world to access it.

At first glance, the increase in 269% seems incredibly impressive. But dig a little under the surface and you will start to see that XRP has gone through a lot of turmoil over the past 12 months.

This all stems from a lawsuit that the US Securities and Exchange Commission filed against Ripple, the company that founded it. The regulator claims that the sale of XRP constitutes an unregistered offering of securities.

These lawsuits began back in December 2020, causing XRP’s value to plummet. As we saw, XRP saw a recovery in 2021 as Ripple entered into partnerships with a number of large companies and central banks, especially in emerging economies.

We will be closely monitoring whether a settlement is reached in this long and bitter legal dispute as early as 2022.

When it comes to astronomical price increases, Terra (known by its ticker LUNA) is in a class of its own among the top 10 cryptocurrencies.

What’s even more remarkable about LUNA’s dominance is how the token managed to get rid of the problems that seemed to be gripping the rest of the crypto markets, especially in November and December.

Terra is becoming an increasingly important player in the world of decentralized finance, especially in the area of ​​algorithmic stablecoins. It also runs on the Proof-of-Stake blockchain, the exact same consensus mechanism Ethereum is currently adopting.

Algorithmic stablecoins have come as a surprise because they are not backed by any collateral held by the bank, such as precious metal or fiat currency. Instead, complex codes are used to ensure that prices remain stable. If something goes wrong, the consequences can be disastrous.

Rounding out the list with yet another Ethereum killer: Polkadot.

The second half of 2021 is dominated by parachain auctions. Parachains are tier 1 blockchains that boast their own tokens and governance mechanisms, but can connect to the Polkadot central chain. Dubbed the “protocol of protocols,” Polkadot was launched by Ethereum co-founder Gavin Wood.

New entrants in the top twenty … and big sacrifices

There were, of course, notable (and pretty furry) contributors in 2021. Dogecoin and SHIBA INU remain on 12th and 13th places, despite the fact that the value of both altcoins has dropped significantly in recent months. They have come a long way in the past 12 months. At the beginning of 2021, DOGE was on 38th place, and SHIB as a whole did not exist.

Crypto.com Coin also made it to the top 20. Brand awareness has been driven by a number of major partnerships.

Some of the more notable victims from the top 20 include the privacy coin Monero, SV, Stellar, EOS, NEM, THETA, and TRON.