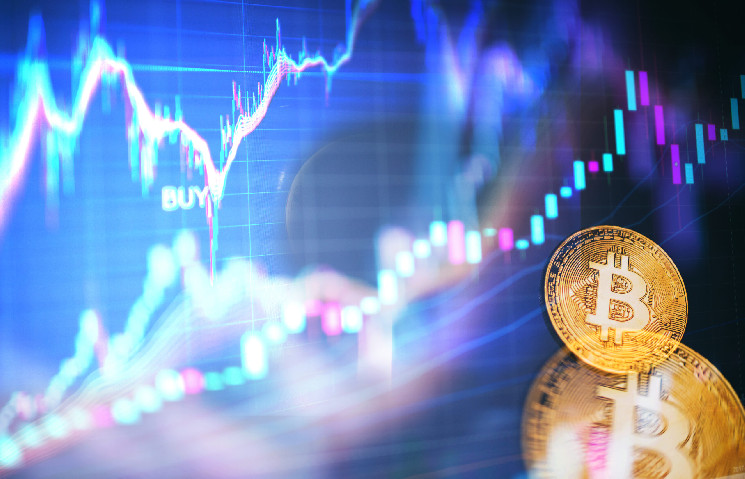 Bitcoin Lost Market Share, But Altcoin Season Has Not Come

Bitcoin dominance has reached its lowest level in the past three years, but altcoins have nothing to do with it

Bitcoin currently accounts for 39.73% of the total cryptocurrency market, according to TradingView, which is even the low of 2021. The drop was noted by Jason Choi of the Spartan Group when he posted a chart of Bitcoin dominance on Twitter on January 4.

At the same time last year, the picture was completely different: on January 3, 2021, bitcoin accounted for 73.6% of the market. Since then, its dominance has declined by 46%. 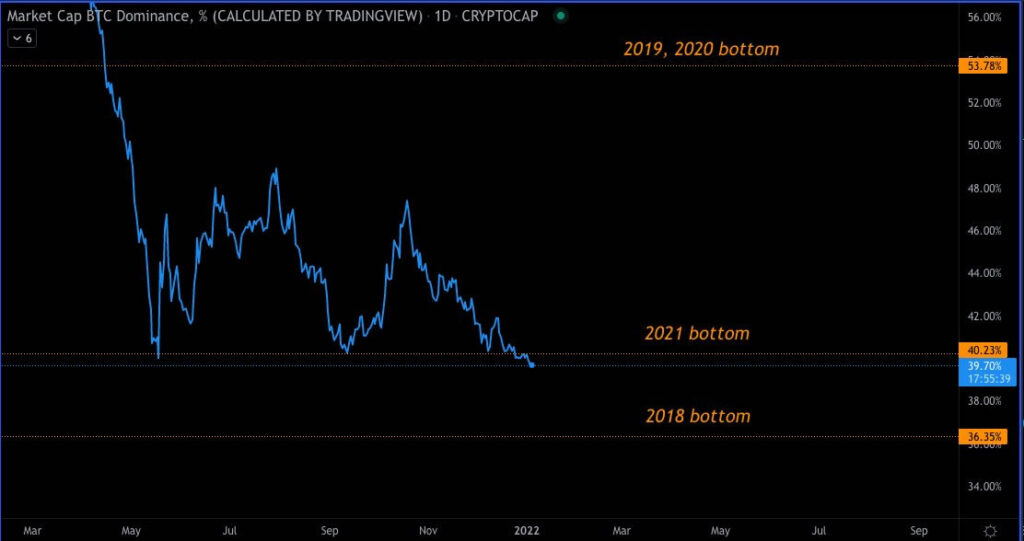 The fall in dominance did not affect the growth of altcoins 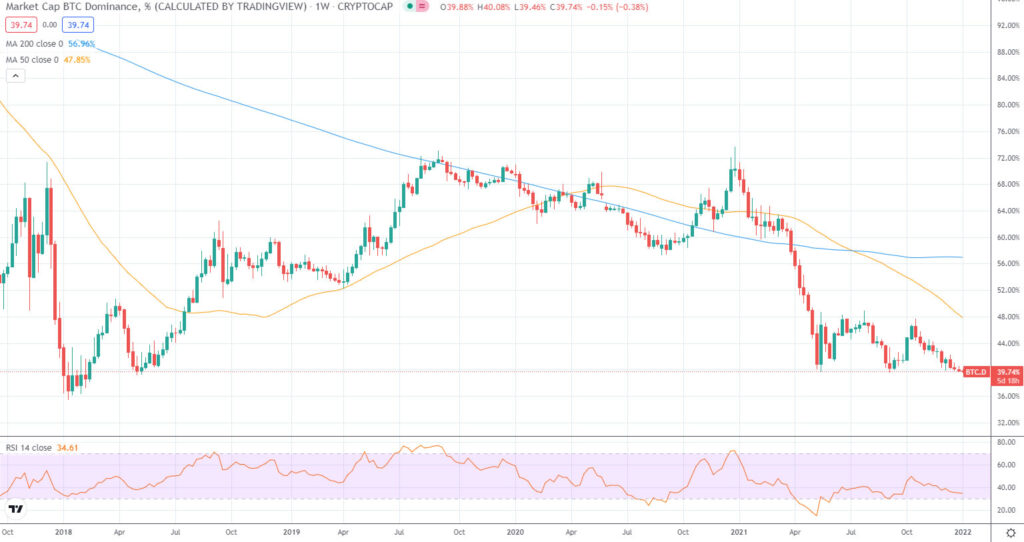 Usually, a drop in Bitcoin dominance signals the onset of the altcoin season, but this is not being observed at the moment. Altcoins are also getting cheaper, only more slowly.

Ethereum’s market share has been growing steadily since January 2020, according to TradingView, and currently stands at 20.23%. The ETH Dominance Index peaked at a local high of 22.35% in early December, but has declined slightly since then.

BTC and ETH together make up about 60% of the total cryptocurrency market, and this is less than the share of Bitcoin alone in March 2021.

Stablecoins collectively account for 7.15% of the total cryptocurrency market capitalization, according to CoinGecko. High-cap altcoins such as Binance Coin (BNB), Solana (SOL) and Cardano (ADA) also increased their stakes to 3.67%, 2.22% and 1.80%, respectively.

At the moment, Bitcoin is trading at the lower border of the channel and is below the 200-day moving average, which indicates the inevitability of a new wave of decline in its value. The next support level is at $ 45,000.

You can read the latest Bitcoin technical analysis here.