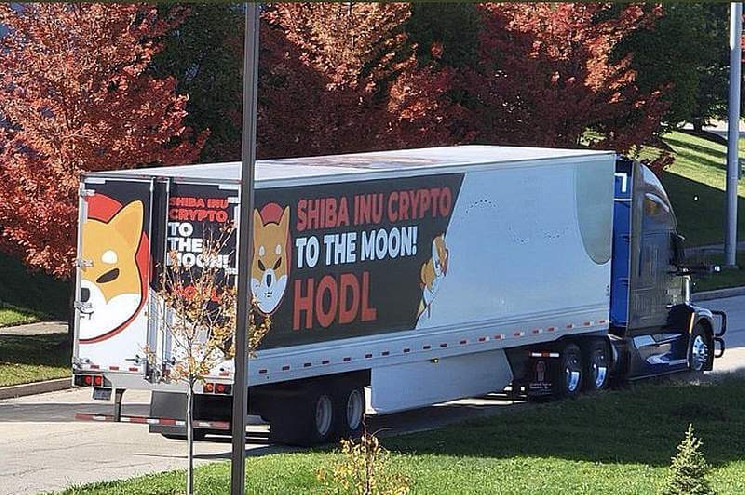 Over the past seven days, one of the most famous dog-themed cryptocurrencies, Shiba Inu, has broken through the support level and lost about 12% of its value.

Nevertheless, ShibArmy is not discouraged and finds reasons to be optimistic. For example, recently a video of a truck with the caption “Shiba Inu tu ze moon” appeared on the Internet.

Community members claim that they saw the truck in major cities in different countries – in New York, Washington, Beijing and Canberra.

Proponents of the meme coin have no doubts that this marketing ploy will increase the popularity of Shiba Inu and the influx of new investors.

At the moment, SHIB is listed on 64 exchanges around the world, which indicates high liquidity and a high level of interest. In addition, the Shiba Inu project has the largest number of Twitter followers at over 2.2 million.

The coin is accepted as payment by many large companies, including GameStop, AMC and AskTheDr, with a total of over 40,000 retail outlets.

If we talk about the number of wallets, now more than 1.1 million hodlers own the cryptocurrency.