Polkadot will get support for gaming parachain from Enjin

A blockchain infrastructure for games and non-fungible tokens (NFT) called Efinity has won the right to parachain at Polkadot. This was announced on Twitter by representatives of the ecosystem. According to the details, support for Efinity will be added on March 11, 2022.

Efinity is a Polkadot based blockchain with a focus on blockchain gaming and NFT. According to the project description, Efinity will be a hub for both fungible and non-fungible tokens. The project will receive its own token standard called Paratoken with support for other blockchain standards, including ERC-721, ERC-1155 and ERC-20. The first cryptocurrency based on Paratoken will be the native token of the Efinity blockchain itself – efinity token (EFI).

The total emission of the token will be 2 billion coins. Users will be able to use EFI to pay commissions, vote and maintain liquidity. 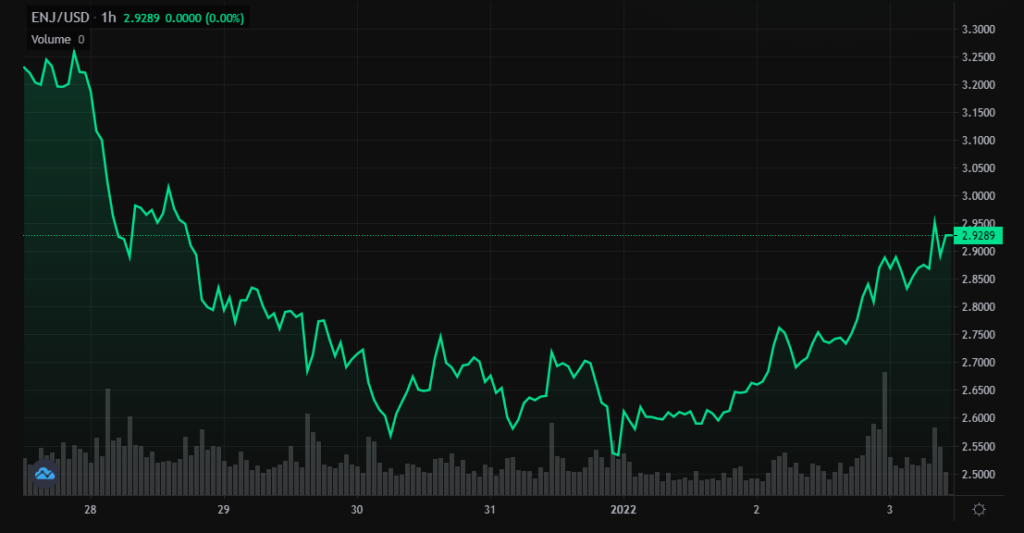 Amid the news, the price of the enjin coin (ENJ) token jumped 6% to $ 2.92. According to Nomics, the market capitalization of the cryptocurrency has grown to $ 2.7 billion. Read about why the Solana Ventures fund and FTX will spend $ 100 million on blockchain games in the material of the BeInCrypto editorial office.