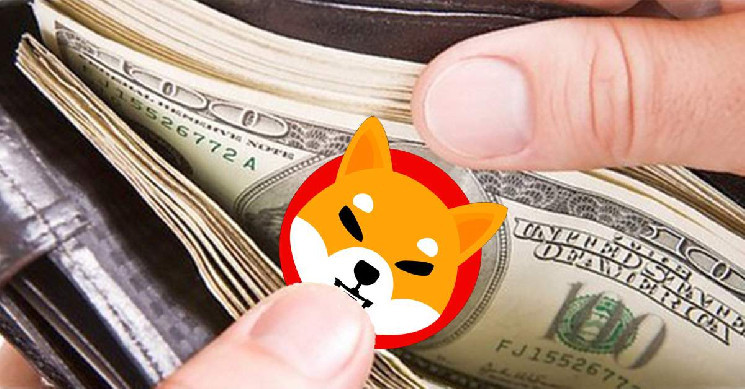 Will Shiba Inu be able to rise in price several times in 2022?

This year, the Shiba Inu Meme Token (SHIB) has gained 1,610% and has enriched several investors. The main question that traders are interested in is whether the coin will be able to rise in price several times in 2022.

The hype surrounding Shiba Inu peaked in October this year after it was revealed that the SHIB hodler had set a world record for the largest profit from a single financial transaction. An anonymous investor bought $ 8,000 worth of coins in August 2020, and 400 days later, their value reached $ 5.7 billion.

The early investor owned almost 20% of the tokens in circulation, which is why he was offered to burn Shiba Inu for $ 5 billion in order to raise the asset’s value, make everyone millionaires and become a legend. However, the hodler did not follow this advice and did not destroy the coins. As a result, the SHIB rate began to fall on October 28, and by December 20, the token fell by 68%.

The cost of SHIB, like any other crypto-currency-meme, depends on the popularity of the token. Accordingly, trading volume serves as a key factor in predicting changes in the price of a coin. Since the end of October, the number of purchased and sold assets has been steadily decreasing, therefore, the likelihood of a new pump is extremely low.

However, on December 21, the cryptocurrency rate crossed the bearish trend line, due to which a slow upward trend, or at least a flat, should appear on the market. 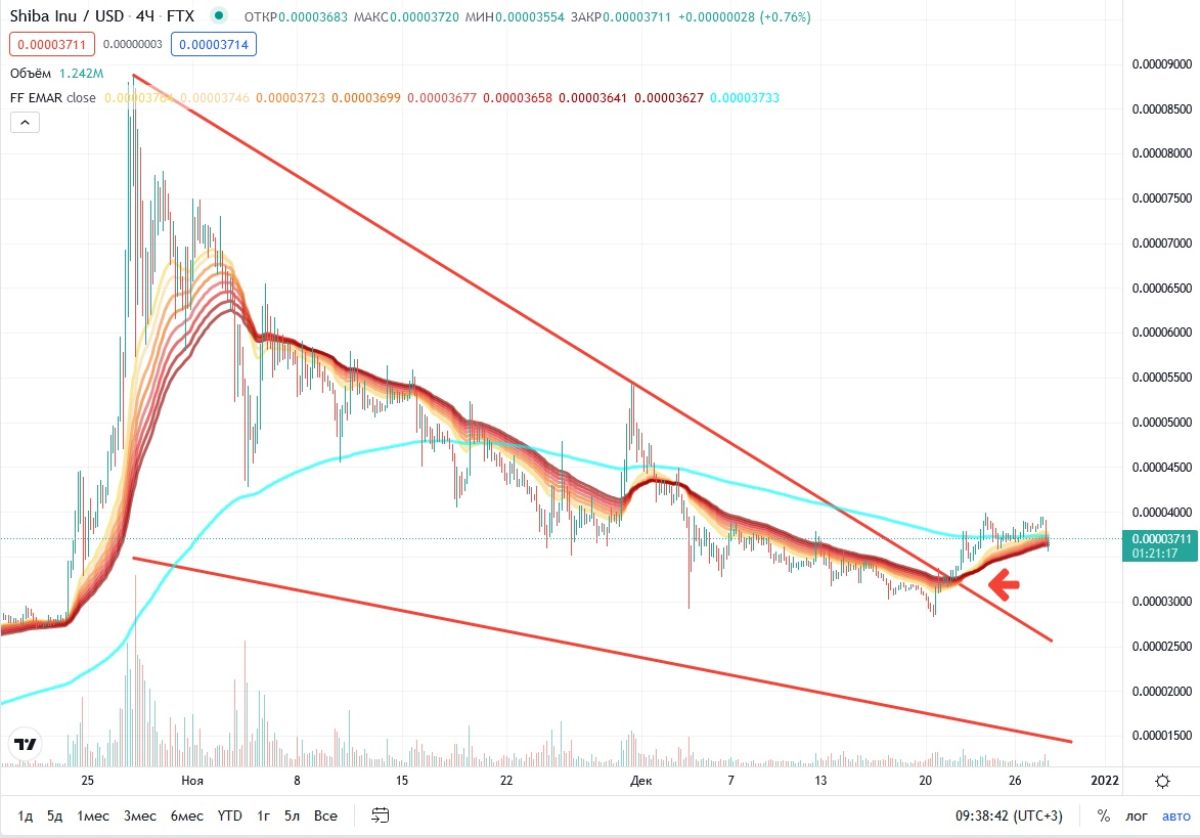 Trends in the price of Shiba Inu

Nigel Frith, a leading analyst at the Bitcoinmoney.net portal, believes that the price of Shiba Inu will increase several times only if the fan of coin-memes Elon Musk continues to “drown” for virtual currency, and cryptokits will not get rid of their savings.

Musk’s impact on the meme token market cannot be underestimated – Santa Floki’s price recently skyrocketed 6000% after Elon’s tweet with a photo of his puppy named Floki.