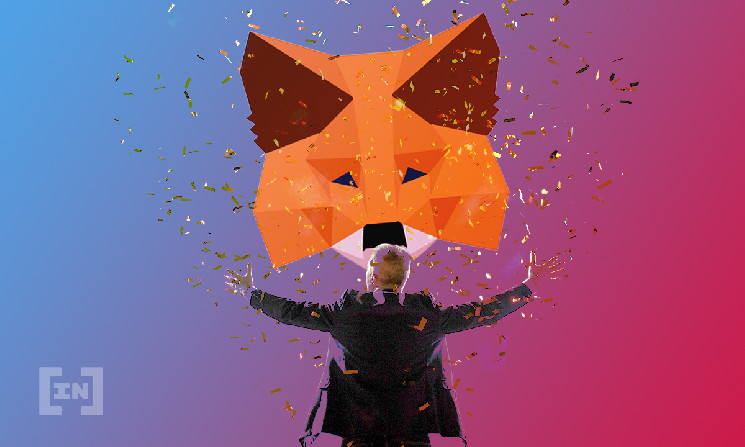 Attackers arranged the distribution of fake tokens on behalf of the MetaMask cryptocurrency wallet, found out in the crypto community

Scammers distributed fake MetaMask tokens. The first person to notice this was @cobynft. It is reported that the attackers inserted a code with a link to the verification icon into the description and title of the token. With the help of such a trick on the DEXTools site, the scammer’s token looked like a confirmed asset.

Due to flaws in the site code, the display of the verification icon also automatically displayed a text confirmation of the smart contract’s authenticity. As soon as the scammers collected $ 1 million in tokens, the protocol was closed, and the investments themselves, most likely, had already been laundered through Tornado.cash, writes @cobynft. At the time of this writing, the DEXTools developers have not commented on the incident in any way.

It turned out that one of the investors trying to buy fake tokens as quickly as possible sent scammers more than $ 340,000 in ETH. The victim, according to the published screenshot of the transactions, was not embarrassed by the constant errors with transfers to the address of the contract.

In November, the amount of active MetaMask users reached 21 million people per month. Compared to the levels of 2020, this indicator has grown 38 times. As the company added, the crypto wallet operates in an ecosystem that supports about 3,700 unique Web3 applications.

Recall that in October, the BeInCrypto editorial staff already said that the functionality of the decentralized exchange of cryptocurrencies through the non-custodial wallet MetaMask Swaps attracted client money in the amount of $ 110 million in various altcoins. However, the service also drew a lot of criticism due to the high fees on the Ethereum network.