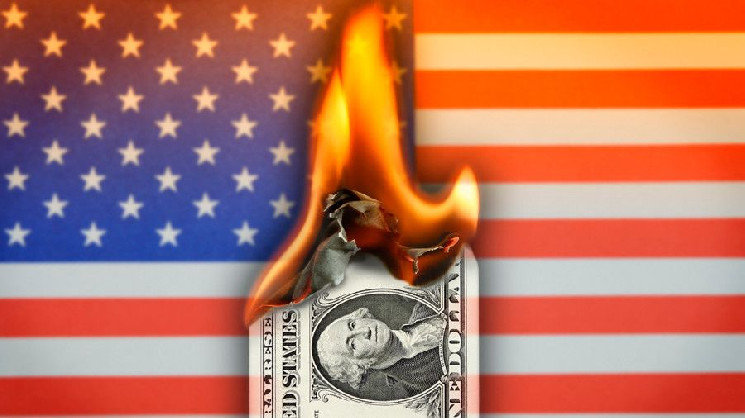 The US Congress approved an increase in the government debt limit by another $ 2.5 trillion. According to experts, this decision will have a beneficial effect on the bitcoin market.

221 deputies voted for the bill on raising the US national debt ceiling in Congress, against 209. As a result, the law was passed by Congress and submitted for signature to US President Joe Biden. The leader of the nation is expected to sign it soon. If he does, the bill would raise the federal government’s debt limit by $ 2.5 trillion to $ 31.4 trillion.

This decision will once again postpone the threat of a US federal default until at least early 2023. Undoubtedly, this will accelerate the rate of inflation in the United States and lead to an increase in investment in gold and bitcoin.

Prominent cryptocurrency investor and founder of Heisenberg Capital, Max Keiser, said the bill to raise the US government debt ceiling created “ideal conditions for bitcoin to grow as the US government capitulated to hyperinflation.”

“I don’t want to see America collapse, but I don’t have that many dollars, so I don’t care.”

Analyst Scott Melker aka “The Wolf of All Streets” said bitcoin has a low correlation to traditional assets. However, he admits that bitcoin is a high-risk asset even for an experienced investor adhering to the HODL strategy.

“Short-term news, such as the imminent increase in the government debt ceiling, is a minor development in Bitcoin’s journey. Everyone knows that the government will continue to print money and raise the public debt ceiling if necessary, which will significantly affect the value of bitcoin and its use as a hedge against inflation. ”

Gemini co-founder Tyler Winklevoss tweeted that the US Senate approval of the national debt ceiling “will actually work like an advertisement for $ 2.5 trillion bitcoin.” MicroStrategy CEO Michael Saylor is of the same opinion, tweeting: “Bitcoin looks like it has government support.”

At the same time, Huobi experts conducted a study in which they predict that the Fed is gradually moving towards an increase in interest rates, which will negatively affect the cryptocurrency market in the future.