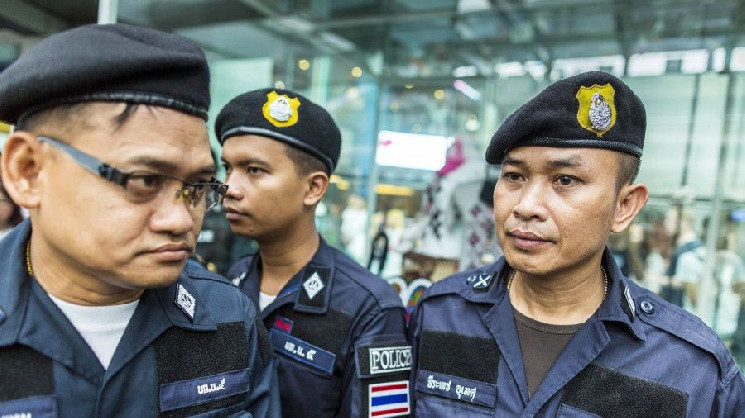 Onecoin pyramid representative arrested in Bangkok for embezzlement of $ 14 million

Major General of the Thai Police Montri Tethan announced the arrest in Bangkok of a criminal who attracted 500 million baht (more than $ 14 million) in cryptocurrencies to the Onecoin fraudulent project.

The commander of the Bangkok Crime Department (CSD), Major General Montri Tethan, said a 50-year-old man was arrested in the Thai capital on Saturday morning and is accused of cryptocurrency fraud. As a result of the swindler’s actions, local residents and foreigners suffered losses in the amount of more than 500 million baht (more than $ 14 million).

According to the Major General, citizen Mana Jumuang was wanted under an arrest warrant issued by the Phichit Provincial Court on December 23 for participating in a public cryptocurrency fraud. According to the investigation, the suspect, together with his accomplices, citizens of Thailand and Vietnam, posed as a cryptocurrency trader and was engaged in fraud in 2018-2019.

Mana Jumuang convinced his victims that he was an expert in the cryptocurrency industry. Then the scammer told how to get high returns on investments in cryptocurrencies. After a while, he offered to invest in the Onecoin project.

Thus, throughout the year, scammers convinced people to invest in the digital currency Onecoin. They claimed to have online stores to sell goods for that currency. Onecoin supposedly bought everything from real estate, cars and land to gold, food additives, cosmetics and clothing.

According to Major General Montry, the victims believed the scammers’ promises that they could make profits in the form of gold, cars, real estate and invested in Onecoin. In order to gain the trust of the victims, the scammers paid dividends to investors at first. When the amount of money invested was 500 million baht, the scammers stopped paying dividends and contacting investors.

More than three years have passed since the arrest of the leader of the OneCoin financial pyramid, and the trail of his crimes still lasts. In 2020, the United States Financial Crimes Enforcement Network (FinCEN) accused BNY Mellon of processing a $ 137 million transaction for organizations associated with the OneCoin cryptocurrency pyramid. In the same year, a Singaporean citizen was found guilty and fined $ 72,000 for promoting the OneCoin cryptocurrency pyramid, which raised more than $ 4 billion in different countries of the world.

OCC urged banks to be careful with cryptocurrencies