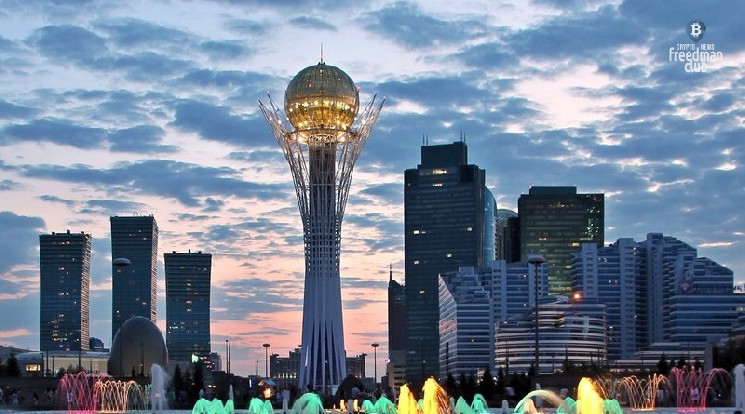 Miners in Kazakhstan flee due to electricity problems


Kazakhstan’s failure to ensure a stable supply of electricity is forcing miners to leave the country. The crypto mining industry in Kazakhstan was initially strengthened tightening controls People’s Republic of China over digital asset regulation.

However, after about seven months, it became clear that Kazakhstani miners tired of the lack of electricity. Some mining companies are reporting that they are approaching bankruptcy due to the inability of the national grid to provide a stable supply of electricity.

As the country became an important global hub for cryptocurrency mining, it seems that things started to go down as the miners started to leave.

China banned financial institutions from making cryptocurrency transactions in May this year. In the months that followed, the Chinese authorities became increasingly harsh on this issue.

This September, the People’s Bank of China said in a statement that all cryptocurrency activities is now illegal.

As expected, people bypass the rules, for example by referring to DEX and P2P exchanges. And in some cases, they continue to use crypto-exchanges through VPN and foreign registered details.

In response, the NBK promised to eliminate all loopholes, including qualifying the use of foreign exchanges as “illegal financial activity.” They say it’s justified because digital currency “Endangers the safety of people’s assets.”

“Overseas virtual currency exchanges that use the Internet to offer services to local residents are also considered illegal financial activities.”

The result of all this was a sharp slowdown in crypto activity in China, primarily a drop in the hash rate of mining from China.

Data from the Cambridge Bitcoin Electricity Consumption Index shows a significant drop in hashrate for Bitcoin from China in May. At the same time, the hashrate in Kazakhstan fell from 11.9 Eh / s in May and almost doubled to 21.9 Eh / s in August.

In part, the reason for this was the government of Kazakhstan encouraging the mining of cryptocurrencies by recognizing this activity in the legislation and providing tax incentives to miners.

Also a good offer is the fact that the country has some of the lowest electricity prices in the world, which are $ 0.041 per kWh for households.

Soviet-era electricity infrastructure is not up to par

Once the crypto miners have established a base in Kazakhstan, aging power grid the countries of the Soviet era felt the tension. Residents blame the power outage directly due to the presence of miners in the country.

“They made mining the scapegoat.”

Bekbauov added that Xive has closed one of its mining farms in southern Kazakhstan after a power outage in November. While the company still operates other manufacturing facilities in the country, it is considering closing all operations and moving to the United States.

Likewise, this month, BitFuFu, backed by Bitmain, curtailed its operations in Kazakhstan and opened its doors in the United States.

The Kazakhstan Electricity Grid Operating Company (KEGOC) said it was forced to stop power supply due to unscheduled repairs.