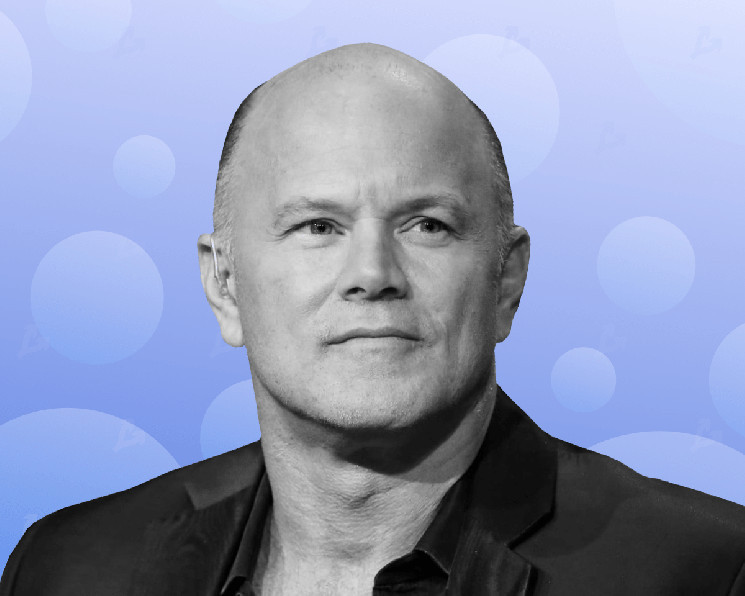 Galaxy Digital founder Mike Novogratz in an interview with CNBC advised the channel to remove Litecoin from the cryptocurrency rates panel and came under criticism from the community.

So mike novagratz goes on @cnbc and has enough “power” to get them to pull $LTC #Litecoin #LTC off the list after being 10 years in, no downtime, having major developments like optional privacy, NFTs, Smart contracts on the way for a coin that hasn’t stood any tests ? Strange pic.twitter.com/A0oA3GwgI3

Speaking with host Joe Kernen, the billionaire shared his optimistic expectations regarding cryptocurrency adoption. Galaxy Digital CEO was enthusiastic about the medium-term outlook for the Web 3.0 industry amid an influx of institutional capital.

In his opinion, in 2021, Litecoin is not a technology that people are interested in using in their applications.

“So Mike Novogratz comes to CNBC and has enough ‘power’ to get them removed from the Litecoin list after 10 years of no downtime, with major developments like optional privacy, NFT, smart contracts in favor of a coin that hasn’t passed any tests. … Strange, ”wrote Litecoin Magazine.

Users were reminded that the Solana network suffered two major outages in 2021.

“Ask Novogratz what could happen: potential risks for investors, as well as for many projects like NFT that relied on the network for functions, transactions, security, etc.?” Said one of Litecoin’s proponents.

Some have suggested that the billionaire is playing his game trying to crash the price of the cryptocurrency. On December 28, the coin rate fell from levels around $ 160 to around $ 150.

In the Litecoin community, Novogratz was compared to the famous Bitcoin critic Peter Schiff and even called for a boycott of the head of Galaxy Digital.

We will remind, earlier Novogratz said that most of the altcoins will leave the market in the near future.

Also, in his opinion, the volatility of Bitcoin is lower than the indicators of other digital assets, thanks to the influx of institutional money.