Investigation into the death of John McAfee is deliberately delayed

Six months have passed since the death of John McAfee, but the reason for his death remains unclear. His wife Janice McAfee does not believe in the official version of the suicide, which allegedly took place in a Barcelona prison on June 23.

However, the investigation is still ongoing, as the widow wrote about on her birthday, at the same time thanking people for their words of support and good wishes.

Yesterday was my 39th birthday and I want to thank everyone for your birthday wishes. They helped to make the day a little less lonely. pic.twitter.com/PvQU6g6nnD

In addition, Janice noted that the investigation is proceeding at a very slow pace, and until it is completed, the widow will not be able to return John’s remains to bury him:

Obviously, the investigation is being delayed so that we do not find out what happened to John, and, I believe, to detain me here in Spain. Things have been pretty tense over the past few months.

Mark Eglinton is preparing a book about John McAfee at a much faster pace, and a film will be shot almost immediately from the text.

The book will be published on January 4 next year, its contents are conversations with John McAfee in 2019. 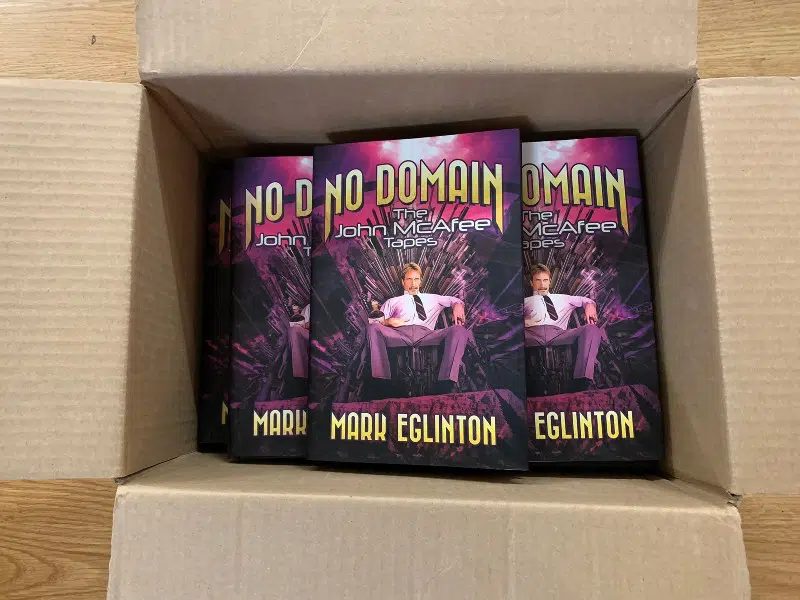 On the back cover is a quote from Stephen Bannon (former White House chief strategist during Donald Trump’s era):

Buy this book, read it and see if anything, even John McAfee can kill John McAfee?

The book mainly reflects the will to live, rather than the despair of a person persecuted by law enforcement agencies.

Janice herself does not believe in suicide, because John is no stranger to losing everything and starting life anew.