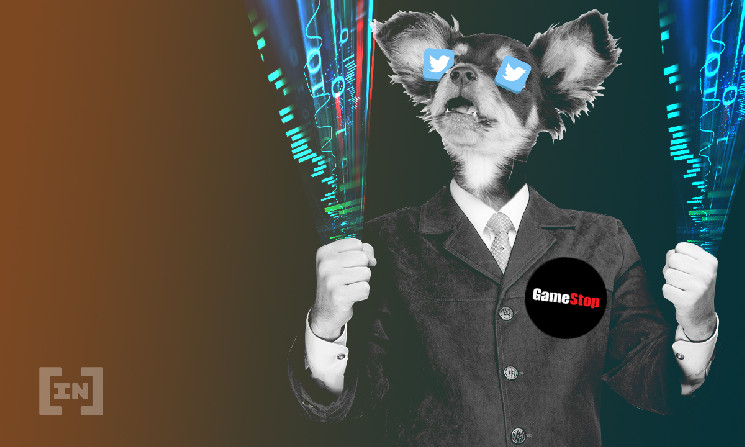 GameStop has opened registration for the NFT marketplace

GameStop has launched a subsite for its GameStop NFT marketplace. The company has not made any announcements at the time of writing, but the sub-site nft.gamestop.com clearly hints at the company’s plans to enter the NFT market.

Now on the accessible page you can leave a request for registration on the platform. Users are offered to answer a few questions about their activities, provide links to work, email address and other information.

There are no other details or functionality yet. The NFT_GAMESTOP page has already appeared on Twitter, but the editors could not confirm that the account belongs to GameStop.

Loopring does not respond

The cryptocurrency community of the Loopring project seems to be in no hurry to respond to a possible announcement of the NFT platform. As of this writing, the LRC is trading down nearly 8% at $ 2.18, according to Nomics. The market capitalization of the LRC shrank to $ 2.72 billion.

We will remind, earlier analysts of Santiment came to the conclusion that the Loopring community no longer believes in rumors of a partnership with GameStop. For example, the frequency of mentioning the project in connection with GameStop in social networks rolled back from the highs of November.

At the same time, experts noticed unusual volumes of altcoin inflow to exchanges, despite the fact that the LRC is close to the support level. Such on-chain activity, according to Santiment, may indicate that investors are preparing for a cryptocurrency dump during the next rally.

GameStop looks forward to the rally

In early November, rumors about GameStop’s partnership with Loopring began to circulate on themed Internet forums. It was reported that the cryptocurrency project is developing a non-fungible token (NFT) marketplace for an American company. However, GameStop did not officially comment on the rumors. The company did not confirm, but also did not deny reports about the development of its own service for the crypto market.