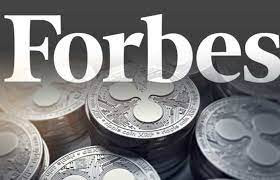 Forbes: XRP is the original asset that makes everything work

The lawsuit between the US Securities and Exchange Commission (SEC) and Ripple has been going on for over a year. During this time, many in the cryptosphere, and importantly outside it, have criticized the regulator for its coercive approach to regulation and lack of regulatory clarity.

Forbes experts have repeatedly expressed their outrage at the behavior of the regulator and called for clarity in relation to cryptocurrencies. Professor Roslyn Layton has repeatedly exposed in her articles the actions of the SEC, which, in her opinion, are far from what she really should do – to protect investors.

The lawsuit against Ripple she believes “most important in deciding the fate of blockchain innovation in the United States and the SEC’s regulatory powers«.

In her latest article, she wonders who will protect investors from the SEC, as the current head of the regulator did not live up to expectations and continued the policy of coercion of his predecessor. In one of his last remarks, Gehry Gensler made it clear that in the cryptosphere there is no difference between “crooks” and “bona fide actors” – both are lawbreakers who threaten society.

Gensler has repeatedly said that “platforms have to come and register,” as if everyone knew what he was talking about. Perianne Boring, head of the Digital Chamber of Commerce, tweeted: “People in the room look around and ask, ‘Sign up like what?’

This is especially interesting for Ripple, since no fraud charges were brought against it, but only the inability to “sign in and register” in 2013. The accusations sound increasingly surreal as no one ever knew what “registration” meant for a digital asset, decentralized financial product, or cryptocurrency trading platform.

“Crypto investors now understand that the SEC is doing everything along the way. He invents rules and uses coercion – or its threat – to reinforce his arbitrary policies, ”Leighton writes in his article.

Also, notice how Forbes describes the XRP Ledger and the XRP cryptocurrency on their website:

“XRP Ledger is a platform that focuses on optimizing payments that take place between financial institutions, making it a more serious competitor to SWIFT than Venmo, Paypal or Zelle. XRP is the underlying asset that makes everything work. “