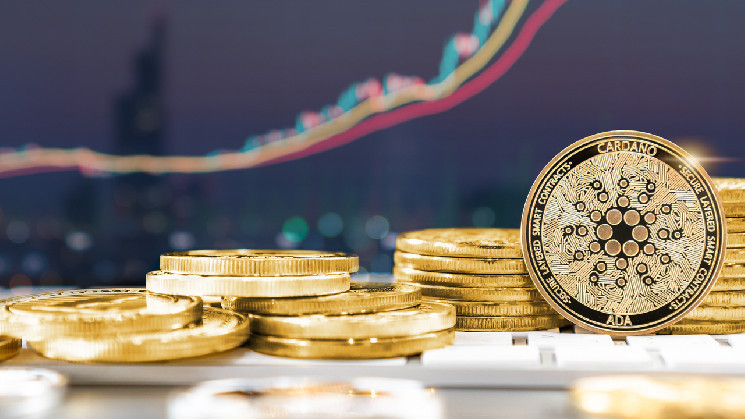 Cardano (ADA) broke above its short-term downtrend resistance line, and a breakout of longer-term resistance would confirm a bullish reversal.

The Cardano ADA coin hit its all-time high at $ 3.1 on September 2, but has since declined along a downward resistance line. This drawdown continued until December 4, when the token marked a minimum of $ 1.18.

After that, the price turned around and began to rise, recovering above the horizontal area of ​​$ 1.45, which had previously played the role of support.

So, MACD is growing and has almost reached the green zone. This means that the short-term MA is moving faster than the long-term MA, which is a sign of a bullish trend.

Momentum RSI broke above 50. As a rule, growth above this line is also regarded as a bullish signal.

However, until the ADA rate breaks through the downward resistance line, the trend cannot be considered bullish.

In case of a successful breakout, next resistance will come into play around $ 1.95. 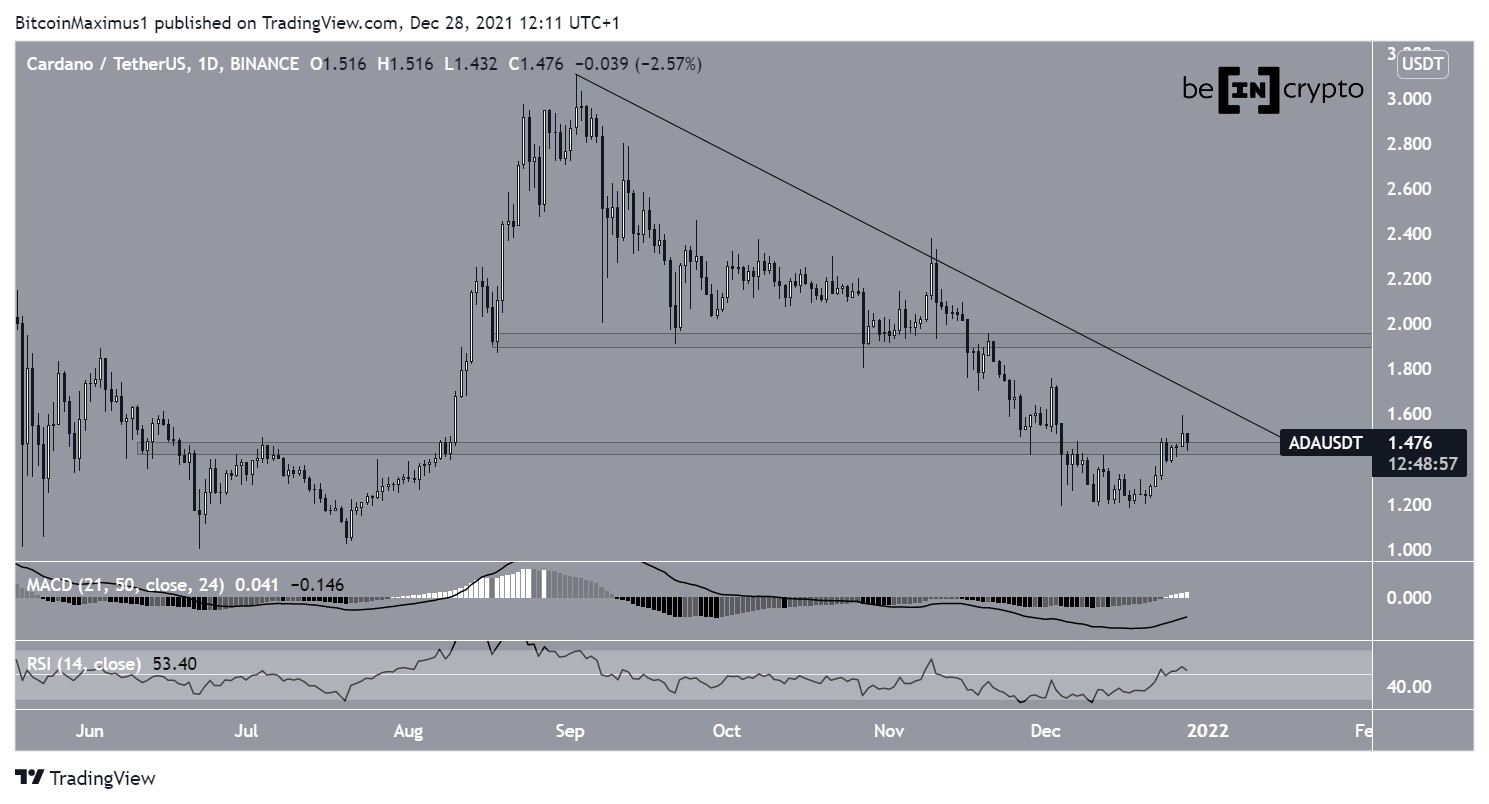 On the 6-hour chart, the ADA has already made a bullish breakout of the descending resistance line drawn from the levels on November 8.

On this timeframe, the horizontal area of ​​$ 1.95 acquires additional significance, since the Fibo 0.618 retracement level also passes here.

Thus, a breakout would be an important bullish signal.

Read also: The head of Cardano told how the ecosystem will develop in 2022

Wave analysis THERE IS

Cryptocurrency trader @TheTradingHubb shared the ADA chart with readers, commenting that the coin has completed its correction and is now bouncing. 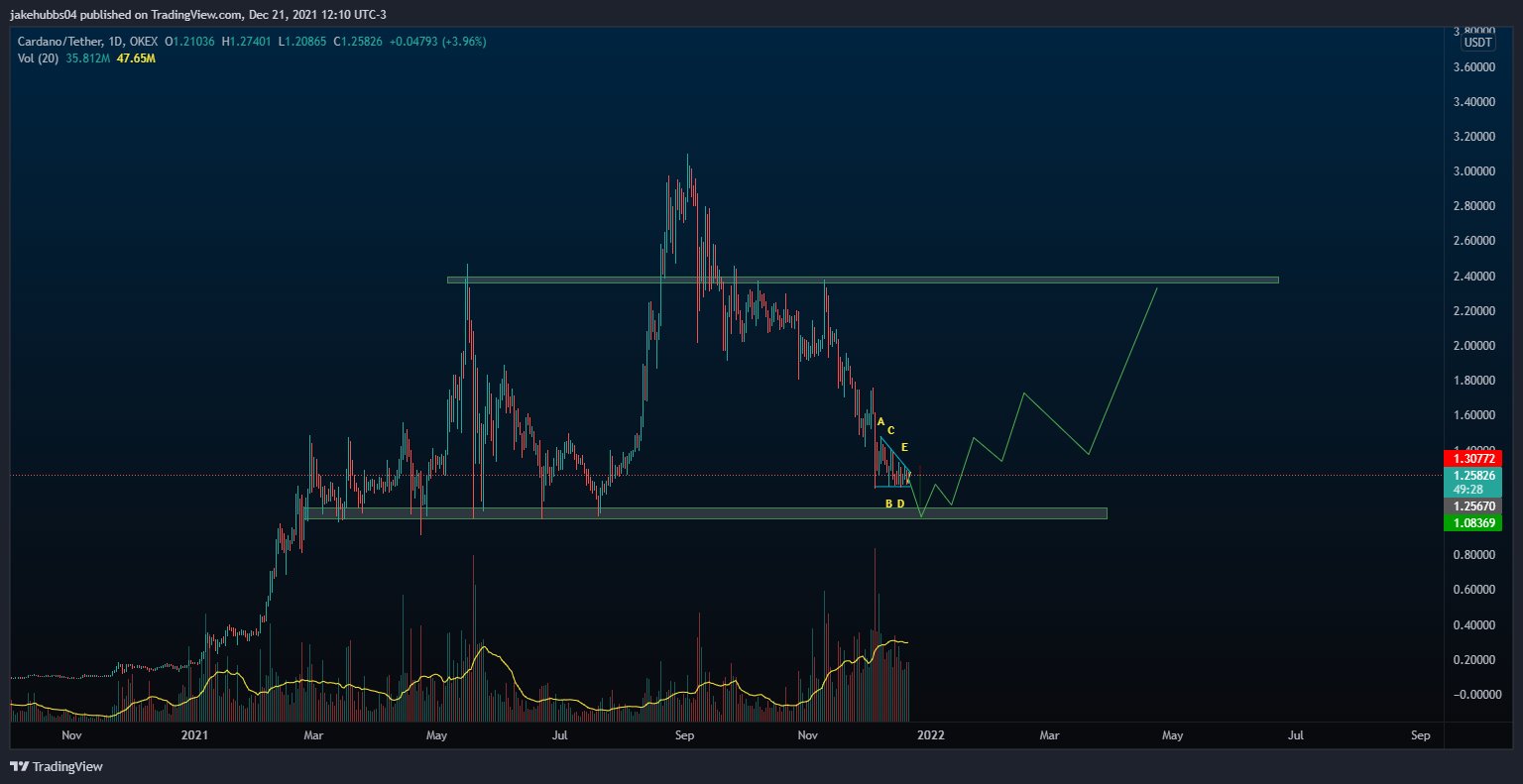 As the wave analysis shows, both phases of the decline (highlighted in the graph) are related as 1: 1. This means that their length is the same. Accordingly, it can be assumed that the correction is complete.