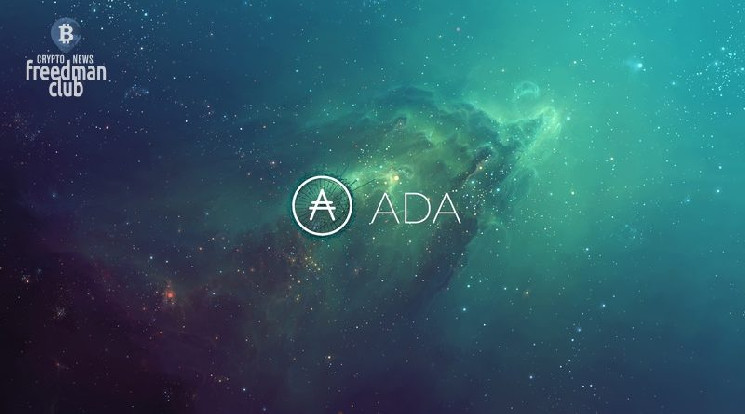 ADA tuned for a global rally

A dozen of the 175 Cardano-based projects are expected to launch in Q1 2022, IOHK CEO said.

IOHK CEO Charles Hoskinson said today that there are over 175 projects on Cardano and a dozen of them will be launched by the end of Q1 2022.

In an attempt to remove misleading information that exists on Reddit, the Cardano founder posted an image along with a recent tweet explaining what happened. Cardano is currently registering 178 projects created on its website from January 1 to today; 13 projects were launched this quarter and three are due to debut in Q4. Fast forward to 2022, and 11 projects are slated to launch in the first quarter of next year.

Earlier it was reported that the Cardano founder plans to fix the DeFi sector by highlighting the pitfalls of decentralized finance during a live YouTube stream from his home in Colorado.

Hoskinson says Cardano will be able to address the identified deficiencies by creating a specific set of standards for DeFi to weed out low-quality applications. Consensus protocols will ensure that Cardano stays longer, he says.

2021 was a landmark year in terms of partnerships for the Cardano Foundation, which launched 13 notable joint projects, including with the NGOs Eco-Era and Save the Children.

Cardano has been rallying since mid-December, peaking at $ 1.594 in the previous session. The ADA / USD pair rose steadily, trading in the green for six straight days. However, this could be followed by a period of consolidation and a minor pullback. Cardano may resume its uptrend in future sessions. 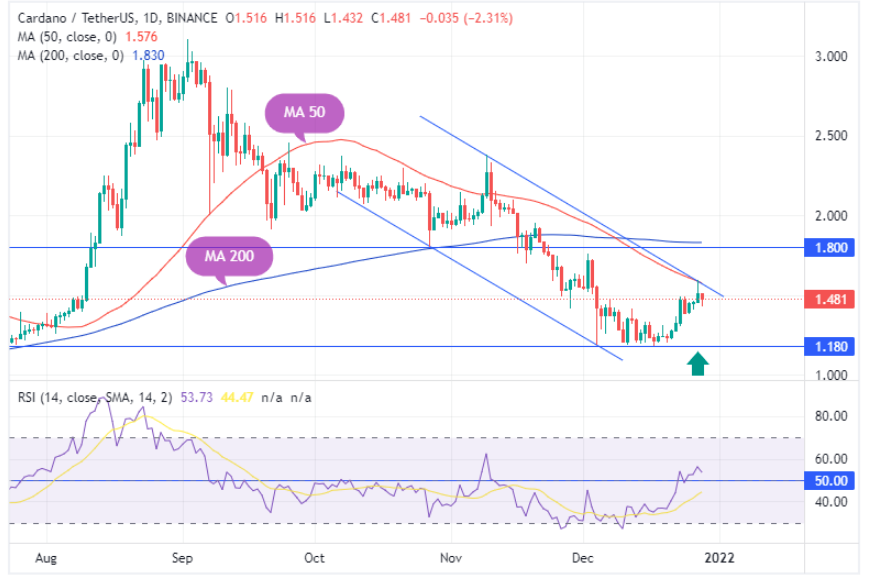 As of this writing, the ADA / USD pair is trading hands at $ 1.48 and could be set to explode above the moving average (MA 50) towards the next resistance at $ 1.80. The Cardano breakout aims to break the downward trendline barrier above the $ 1.50 psychological level. It has maintained a seven-day gain of more than 15% over the past 24 hours, currently setting an intraday low of $ 1,432. On the daily chart, a rising Relative Strength Index (RSI) above the 50 centerline in positive territory suggests that the bulls are still dominating, indicating great upside opportunities. Cardano’s current market cap is $ 50,086,481,646 as seen on CoinMarketCap and is currently ranked sixth. There are 34,186,789,396 ADA coins in circulation with a maximum supply of 45,000.