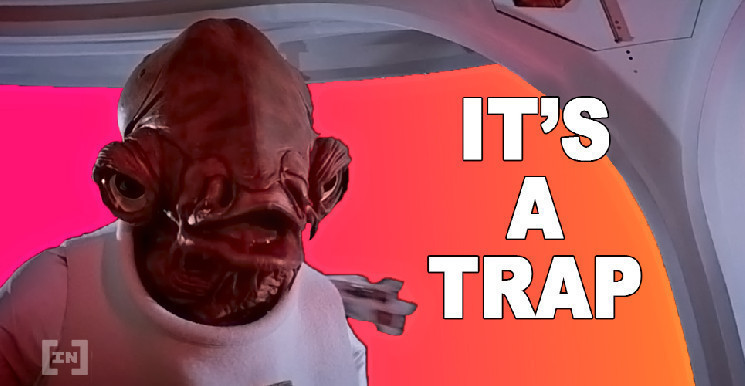 The service deleted all accounts on social networks, and laundered user funds through the Tornado.cash mixer, PeckShield found out

A multi-chain non-fungible token swap (NFT) project called MetaSwap was suspected of an exit scam. As PeckShield analysts found out, the owners of the resource laundered 1,100 BNB (~ $ 610,000) users through the Tornado.cash mixer. Soon after the analysts’ statement, the project’s social accounts were deleted. 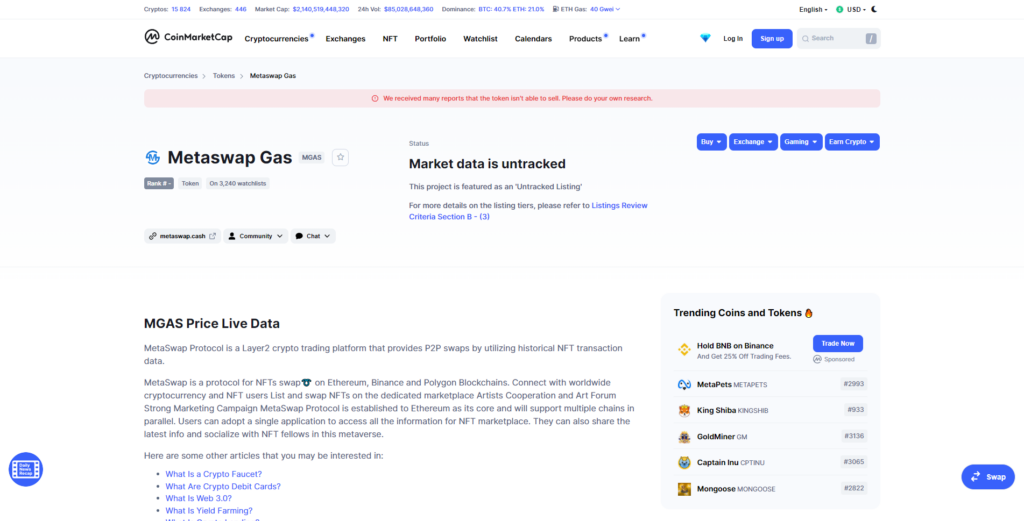 At the time of this writing, CoinMarketCap does not display a chart with the rate of the project’s native token – MGAS. However, back in mid-December, the service still showed data. Moreover, according to the cache of the page, the price of the token on December 18 on CMC soared by 4429% and amounted to $ 0.00066. Against the background of the incident, according to analysts, the price of the token collapsed by almost 50%. 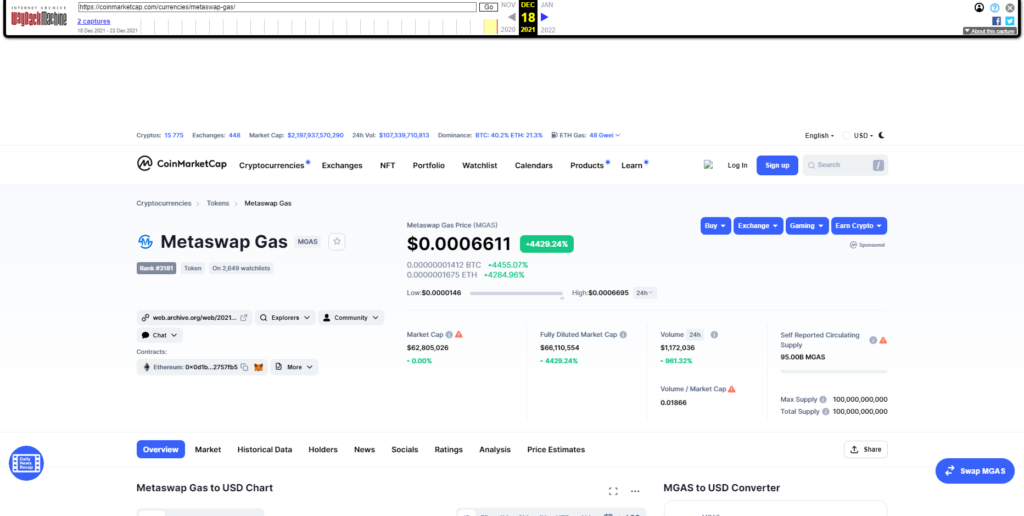 It is noteworthy that in the MetaSwap incident, users blamed not the creators of the project, but Binance. For example, according to the user @ Rahul_Pratap1, the exchange does not monitor the quality of the Binance Smart Chain blockchain, which has become a hotbed of fraudulent projects. Users also noticed that the project was audited by TechRate. The editors have confirmed the authenticity of the allegations, since MetaSwap does appear in the portfolio list on the firm’s website. 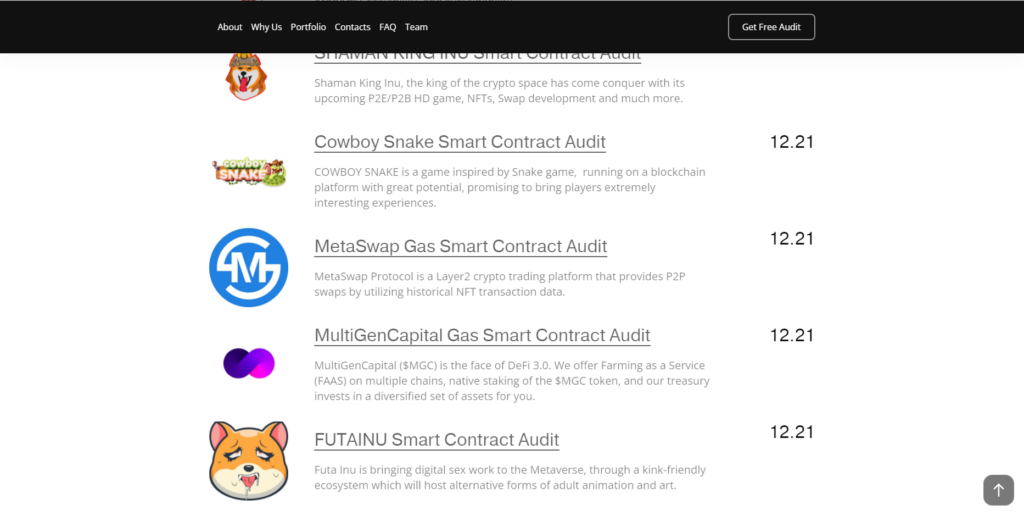 At the same time, in the audit itself, the firm wrote about the absence of critical vulnerabilities in the MetaSwap smart contract. As an audit, the firm copied the list of variables from the smart contract itself and Etherscan data. Moscow is on the list of contacts of the company. According to data from the who.is registry, the domain of the auditing firm is registered with the Russian domain name provider reg.ru.

Recall that a similar scam was previously cranked by the creators of a fraudulent project called Squid Game. The project also announced on Twitter that the token was verified, but already by another audit firm, Coinscope. At the same time, the auditors in the document disowned a potential exit scam from the Squid Game. Moreover, only one page with the image of the code was devoted to the audit of the technical component of the coin’s smart contract.

ENS and a new type of fraud