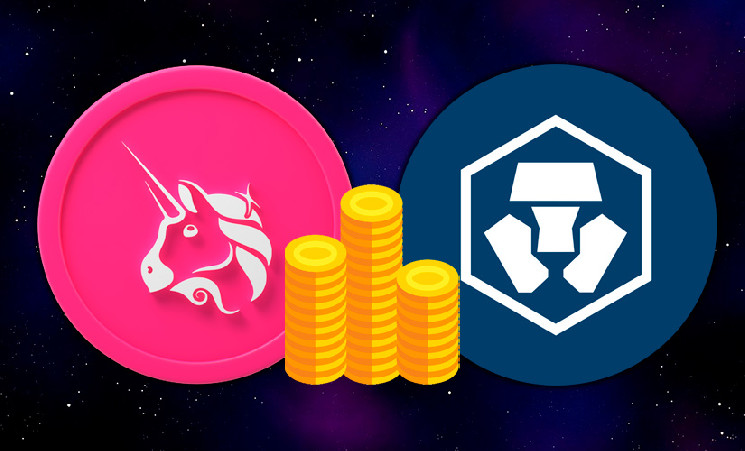 Cryptocurrency analysts said that large altcoin holders were very active during the fall in the value of some cryptocurrencies. They bought Crypto.com Coin (CRO) and Uniswap (UNI) at the lows and heavily added digital assets to their stocks.

Santiment experts stressed that the whales (large holders) have been very active in recent weeks. Addresses owning from 100 thousand to 10 million CROs ($ 62 thousand to $ 6.2 million) have accumulated digital currencies in their own portfolios more zealously than ever.

Decentralized exchange platform Uniswap has also attracted increased attention from retail investors. In a few weeks, the whales have purchased more UNI tokens than in the last 3 months. Analysts believe that they deliberately waited for a decline in prices, realizing that in the long term, this asset will bring high profits.

The specialists also noted that the interest in CRO is related to the company’s recent partnership agreements. Experts stressed that the new agreements promise great prospects for the growth of the value of the cryptocurrency. As for Uniswap, investor interest has grown significantly since the decentralized exchange protocol was launched on Polygon. By deploying on this network, Ethereum’s flagship project has been able to significantly reduce gas fees for its users.

Many market analysts said that the so-called altcoin season has already begun on the sly. Crypto expert AltcoinSherpa emphasized that he expects serious growth from CRO and UNI, and also advised his Twitter followers to keep a close eye on Solana (SOL) Avalanche (AVAX) and Near Protocol (NEAR).

Users of the social network Twitter are positive about the cryptocurrency market and expect the prices of many altcoins to rise several times in the coming months.