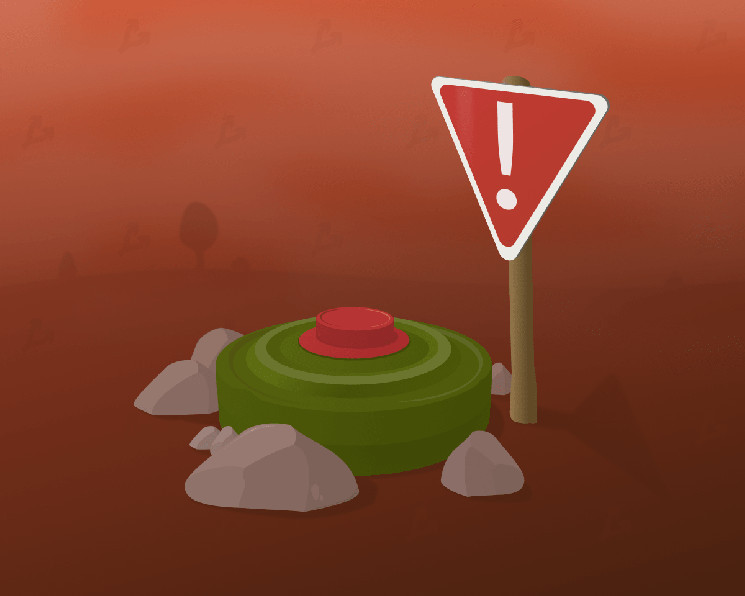 Mirror Protocol project based on Terra blockchain was attacked by scammers

Fraudsters are trying to empty the community pool of the Mirror Protocol project through an on-chain voting system, CertiK said. The cybercriminals published a series of proposals, if accepted, MIR tokens worth more than $ 111 million will be sent to their addresses.

#CommunityAlert
The @terra_money ‘s @mirror_protocol is under governance attack. The attacker is flooding a series of fake polls to confuse the community. The scam proposals are 185,198,204,206,207,208. Please vote NO to these proposals.
Mirror govern:
​​https://t.co/HsiF3fSret pic.twitter.com/LCxKROcO5F

The Mirror Protocol is designed to issue synthetic assets on the Terra blockchain. These are tokenized versions of traditional market instruments like stocks and bonds.

The MIR governance token allows users to submit proposals for improving the protocol and vote on their approval.

The latest fraudulent offer – “Freeze the community pool in case of breach” – is registered under number 211. If the attacker succeeds in obtaining the majority [12 — topple] votes, 25 million MIR will allegedly be sent to his address (~ $ 65.75 million at the exchange rate at the time of writing). 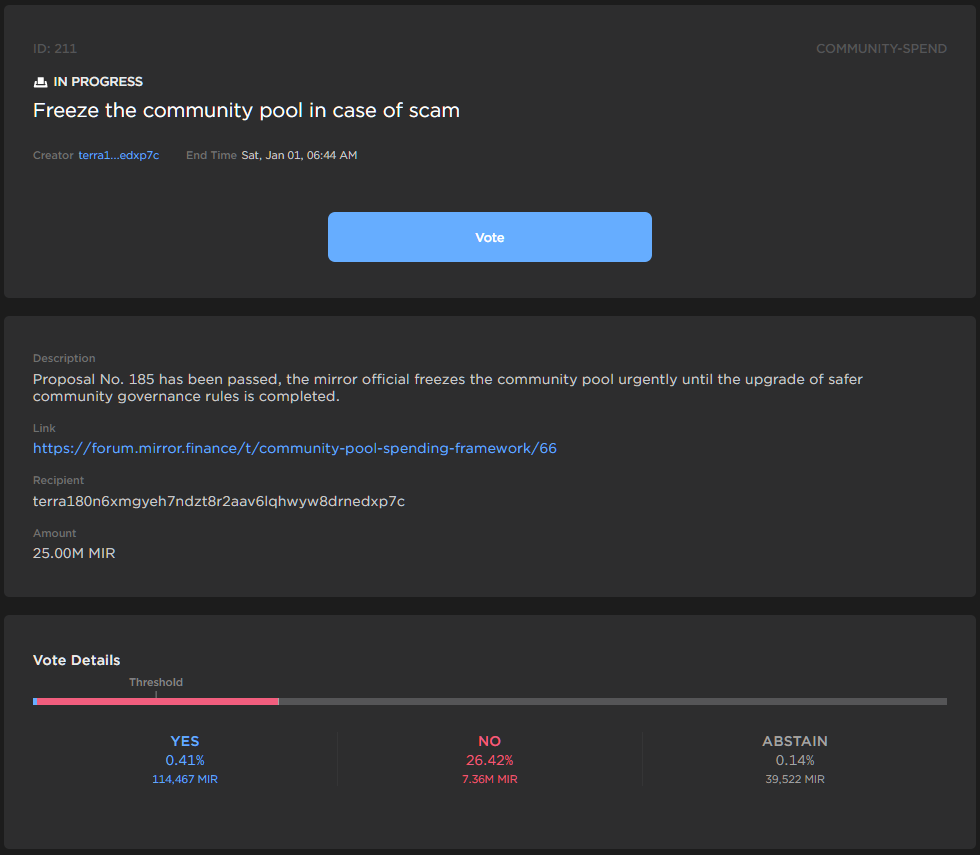 “Judging by the coordinated actions and the large sums at their disposal, these individuals seem to be not random attackers, but a group of wealthy people or organizations with large assets,” wrote user yd19.

The Mirror Protocol team has yet to comment on the situation.

Recall that in 2021, scammers stole more than $ 7.7 billion in cryptocurrencies from users, according to Chainalysis. More than a third of this amount was accounted for by schemes rug pull.