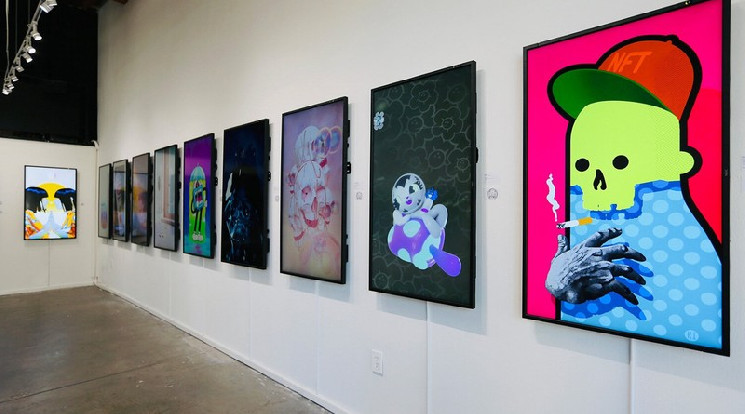 How customers are cheated on the NFT hype

The art market is based on one marketing strategy – to convince many people that the works of artists have some value. The more people are convinced of this, the higher the price and uniqueness of the work of art.

At the same time, the art market is also a shadow banking sector that helps to move large amounts of money and hide it from the tax authorities. With the advent of NFT, a new stage in the development of the market has begun – it has moved to the digital stage. The trading volume of the NFT market in the second quarter of 2021 was more than $ 2.5 billion, in the third quarter it exceeded the figure of $ 3.8 billion.

Accordingly, scammers began to appear on the market for NFT creations, who have already been able to deceive many people who want to become owners of unique and expensive NFTs.

In their pursuit of the opportunity to quickly become the owners of valuable and expensive NFTs, customers do not pay attention to some of the technical nuances used by scammers.

In particular, attackers create copies of original NFTs and sell them as unique ones. In fact, this is not difficult to do. In fact, NFT is a record in the blockchain that a file belongs to a certain address.

The copy differs from the original only in that it has a different address. Fraudsters copy original images, create new ones, and pass them off as original ones.

The problem is that there is no clear mechanism for verifying NFT sellers. It is easy to upload a file, create another NFT on its basis, having the skills. Of course, the accounts of cybercriminals are quickly blocked by marketplaces, but until they are discovered, they manage to sell a number of fake NFT works.

Moreover, only large platforms block the accounts of fraudsters, the lesser-known platforms where NFT are sold are almost never engaged in such work.

A few notable examples are the works of the artist Beeple (Mike Winkelmann) were forged. In the spring of 2021, the hacker Monsieur Personne created copies of the artist’s collage. Configuration, ID – everything looked very much like a genuine NFT.

In fact, Monsieur Personne has proven that the value of an NFT piece can only be trusted, as has always been the case in the art market. There are no technical barriers that have prevented hackers from making copies of the NFT any number of times.

Digital artist Mushu Person was able to make several identical NFTs from Beeple’s creations and exhibited them on NFT platforms, posing as Winkelmann.

At the end of August, an attacker posted an ad on Banksy’s website that he was selling NFT for an artist’s work during an auction on the OpenSea site. NFT was bought for 100 ETH (about 340 thousand dollars at the time of sale).

The investor offered 100 ETH for the NFT creation. When the auction data disappeared on Banksy’s website a few hours later, the investor realized that they would be deceived by the fraudster. This is just one scheme used by scammers – copying the original NFTs.

Another way that criminals often use is to create artificial interest in the work. As a rule, several persons are involved in this scheme. They promote interest on the site in a particular work, causing increased attention from customers. As soon as the hype hits, an enthusiastic buyer purchases NFT at a high cost, when in fact, its value is extremely low.

Another way to cheat is to create fake accounts of famous artists. In the spring of this year, scammers created an account for artist Derek Laufman on Rarible and after that started trading his NFT creations. The most interesting thing is that they passed a full system check, the account was found to be genuine. While the artist figured out the situation, some of his works were sold to scammers.

In March, artist Weird Undead revealed that on OpenSea, individuals are selling NFT based on her art. And there are hundreds of such cases.

In fact, due to the actions of scammers, the entire market for NFT works loses its original value as such. If the above schemes are applied en masse, then every user is at risk of purchasing a fake NFT.

Thus, the hype on the NFT market has led to the fact that not only authors of works, but also scammers who create fake NFTs make fortunes on it. Customers who purchase NFTs run the risk of owning dummies with a value of zero. And every day the likelihood of giving money to scammers for nothing is increasing.

Hype on NFT worked – you are deceived!