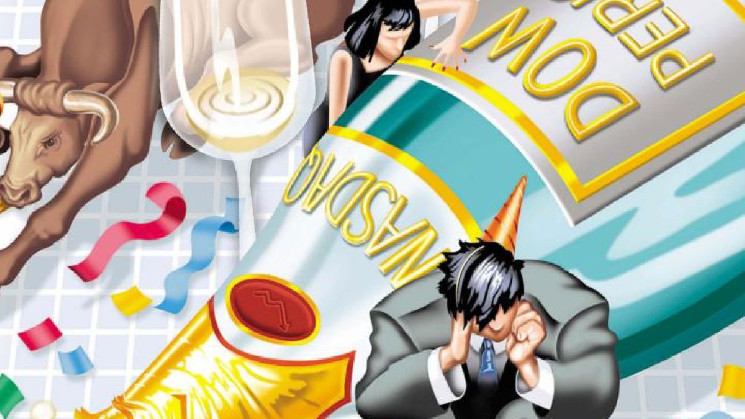 One of the most famous cryptocurrency traders, with over half a million followers on Twitter, shared his forecast for 2022.

The analyst recalled his earlier forecast made in May 2021 and drew attention to the fact that Elrond (EGLD) has already met expectations, rising above $ 500. 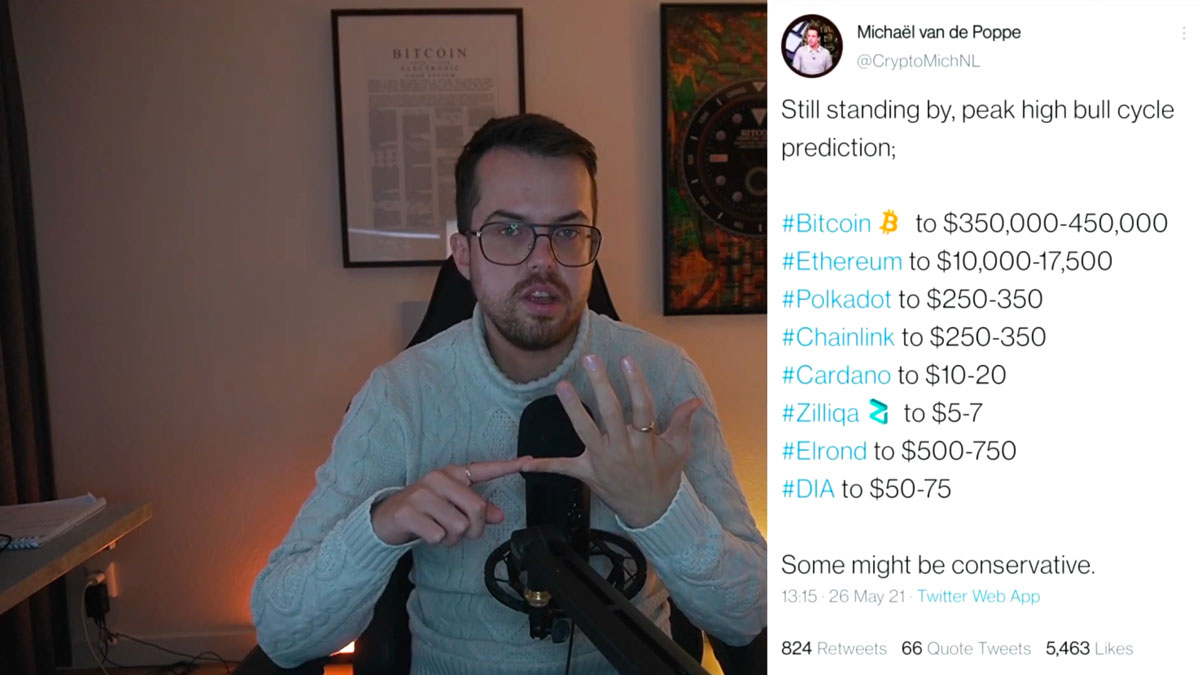 According to this prediction, Bitcoin should hit $ 350,000, Ethereum will repeat Bitcoin’s bullish rally of 2017 to $ 20,000, Polkadot and Chainlink prices will rise to $ 250-350, and Cordano to $ 10. Van de Poppe admitted that the May tweet was partly dictated by clickbait, but now these figures seem to him quite achievable.

The cryptocurrency market has already reached $ 2 trillion. If we imagine that its further development will follow the path of a dot-com bubble, then capitalization of $ 10-15 trillion and even $ 30 trillion may well be achieved, taking into account the current rate of inflation. 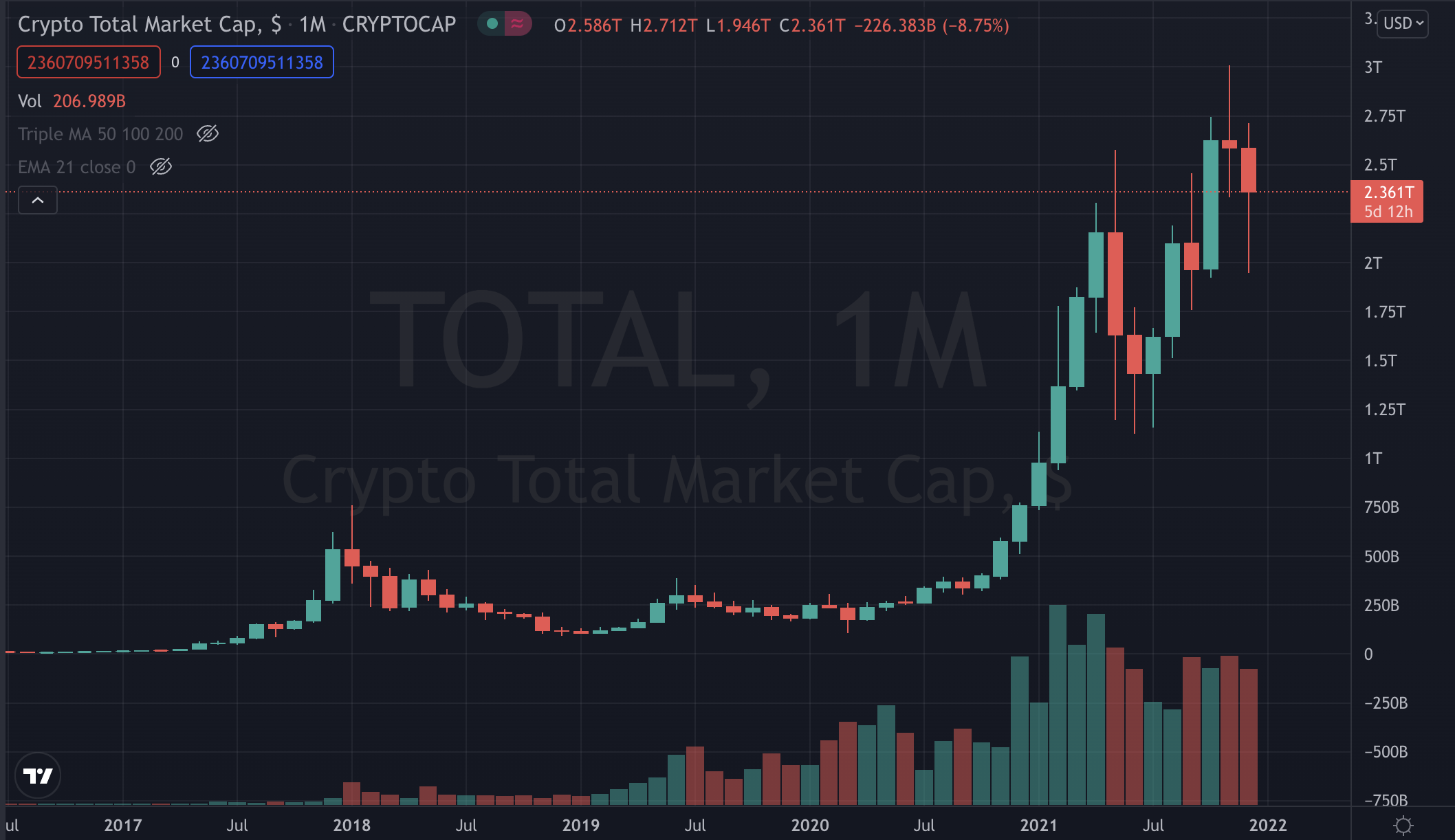 The trader believes that the bullish cycle of the cryptocurrency market will continue into the next year. This will allow the holders of certain assets to make a profit similar to the one that the owners of bitcoin gained in 2017, when there was a parabolic growth from 2 to 20 thousand dollars. This is not about continuous growth. The cryptocurrency market is irrational, and like 2017, there will be deeper corrections than people expect and there will be more intense growth than people can imagine.

The current bullish cycle is different in that it manifests itself not only in the growth of bitcoin, but also in assets such as Ethereum, as well as other cryptocurrencies that provide first-level protocols (Layer 1).

The growth of the entire market to $ 10-15 trillion means that the goal of $ 300K for Bitcoin, $ 20K for Ethereum and $ 250 for Polkadot is quite achievable. The distance from the current $ 2 trillion to $ 10 trillion corresponds to a 5-fold increase, therefore, Bitcoin and Ethereum will also grow five-fold. Cryptocurrencies with lower capitalization may well make 7-10 xx, since at certain times they always surpass the market leaders in terms of profitability.

Thus, Van de Poppe considers his forecast for the growth of the cryptocurrency market, made in May of this year, to be relevant. Remind me that after 365 days we check to see if Bitcoin has reached $ 350K.